The Pellet with the Poison

The Chalice from the Palace:  Have you been following the Jewish-flavored 50 Plus course offerings at Albuquerque OASIS? 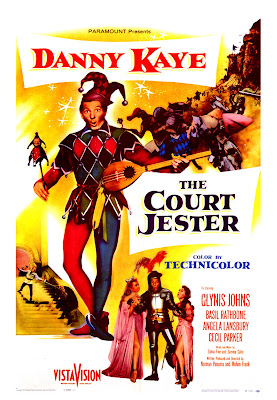 Then you have undoubtedly noticed that this Friday, instructor Joan Davis will present The Court Jester (1956) as the last film in her three-film Friday Flicks series.

The Court Jester stars Danny Kaye, "Mr Versatility", as a carnival performer who becomes part of a plot to overthrow an evil king.

Abq Jew is sure you'll love this film.  All you have to do is remember:

The pellet with the poison's in the vessel with the pestle; the chalice from the palace has the brew that is true!


But wait!  There's been a change: they broke the chalice from the palace!  The pellet with the poison's in the flagon with the dragon; the vessel with the pestle has the brew that is true!  Just remember that!