Those Were The Days

My Friend: Abq Jew here reminds his loyal readers (who, of course, do not to be reminded) that it was just about a year ago that Abq Jew turned 64 (see For Vera, Chuck & Dave). 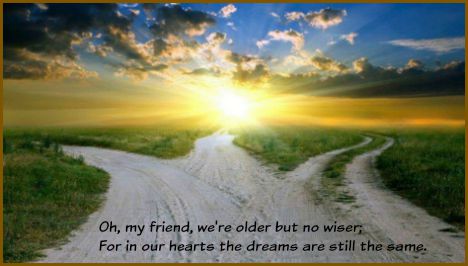 It will, therefore, come as no surprise to said loyal viewers that soon, God willing, Abq Jew will observe (celebrate may not be the right word) his 65th birthday.
And he will thereby enter


The Age of Medicare


I went down to Mt. Sinai - Hospital
To see my old zaydie there
And I said, Thanks God for the Blue Cross
And I wish we had the Medicare

Oh yes, those were the days. 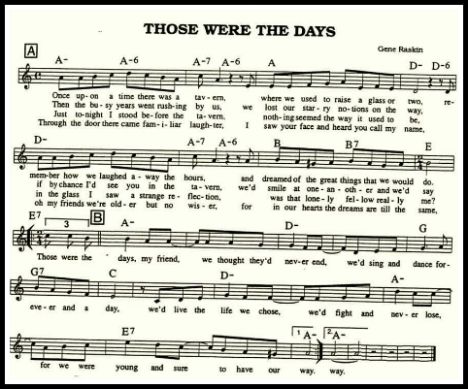 
"Those Were the Days" is a song credited to Gene Raskin, who put English lyrics to the Russian romance song "Dorogoi dlinnoyu" ("Дорогой длинною", lit. "By the long road"), composed by Boris Fomin (1900–1948) with words by the poet Konstantin Podrevskii. It deals with reminiscence upon youth and romantic idealism.

Georgian singer Tamara Tsereteli (1900–1968) and Russian singer Alexander Vertinsky made what were probably the earliest recordings of the song, in 1925 and in 1926 respectively.

The song is featured in the 1953 British/French movie Innocents in Paris, in which it was sung with its original Russian lyrics by the Russian Tzigane chanteuse Ludmila Lopato, but is probably best remembered in English-speaking countries for Mary Hopkin's 1968 recording, which was a chart-topping hit in much of the Northern Hemisphere.

On most recorded versions of the song, Raskin is credited as the writer, even though he wrote only the later English lyrics and not the melody.


This is the version of the song that most of us of a certain age (65, for example) will remember. But listen to the music - it's in a minor key!

This is a sure sign that the English version was not the first, and that the song must have its origin in Eastern Europe. So how did Gene Raskin get into this?


In the early 1960s Raskin, with his wife Francesca, played folk music around Greenwich Village in New York, including White Horse Tavern. They released an album which included the song, which was taken up by The Limeliters.

Raskin had grown up hearing the song, wrote lyrics in English and then put a copyright on both tune and lyrics. The Raskins were international performers and had played London's Blue Angel every year, always closing their show with the song.

Paul McCartney frequented the club and, after the formation of the Beatles' own Apple Records label, recorded the song with Mary Hopkin, McCartney's agent having purchased the song rights from Raskin's.

The song was subsequently recorded in over twenty languages and by many different artists and Raskin was able to live very well on the royalties, buying a home in Pollensa, Mallorca, a Porsche Spyder and a sailing boat.


So who, Abq Jew hears you ask, was this Gene Raskin character?

Again, we turn to the Sages of Wikipedia for enlightenment:


Eugene Raskin or Gene Raskin (Bronx, New York, 5 September 1909 – Manhattan, New York, 7 June 2004), was an American musician and playwright, author of the lyrics of the English version of the Russian song "Those Were the Days" and also of three books on architecture and adjunct professor at Columbia University (1936–1976).

But this is not nearly enough to satisfy Abq Jew - nor his loyal readers.

So Abq Jew turned to Professor Google for further elucidation. And found a 1991 article in The Morning Call, an Allentown, PA newspaper, by Myra Yellin Goldfarb (no known relation to Abq Jew) that he will now quote extensively to save you, his loyal readers, from the trouble of clicking on the link.

When former Allentonian Francesca Leonard and her husband, Gene Raskin, wrote the song "Those Were the Days," in 1964, they never thought it would become one of the hit songs of the decade.

"I wrote that song in 1964 and for four years I couldn't sell it to anyone," Raskin recalled during a recent interview in his New York City apartment. "My own publisher said it was unsellable.

"Then, in 1968, we were singing in the Blue Angel nightclub in London and Paul McCartney heard it. He had just started his own record company, Apple, and Linda Hopkins recorded it. It's still bringing in the royalties 22 years later."

These days, the royalities are coming from a new English-Yiddish revue at the Edison Theatre on Broadway, which uses the Raskins tune as its title song.

"I got the inspiration for the song from my mother," explained Raskin, playing the original Russian melody on his piano. "She would sing it to me. I tampered with it a little and wrote new words," he said, playing his version to illustrate the similarities.

Raskin grew up in a tri-lingual New York household. His father was the artist Saul Raskin and his mother was a journalist for the New York Yiddish Press.

"I could speak English, Russian and Yiddish at the age of 3."

Francesca Raskin, still an extremely attractive brunette, heard her first Russian songs on a trip to Palestine in the '30s. Her mother, Rose Leonard, was an early Zionist, and often took Francesca and her younger brother Herman, now a well-known jazz photographer and a friend of Quincy Jones, with her. Their first trip was in 1929.

"I attended Allen High for a year, but Allentown was too stuffy for me," said Francesca Raskin. "I went to boarding school in Palestine, first in Haifa and then in Tel Aviv. I came back and went to Muhlenberg Prep before I left for New York. I remember when I was living in Palestine that there were a lot of Russian Jews and they always sang Russian melodies as well as Yiddish songs."

And as for Gene Raskin's dual career, Ms Goldfarb explains


The Raskins entered show business relatively late in life. But taking the unconventional path was not something new. The Raskins had met when Francesa was 16 on a cruise ship with her older brother Ira Leonard, who still lives in Allentown. The following year, Francesca moved to New York, and five weeks later, eloped with Raskin, who was a 26-year-old college professor at the time.

Raskin suddenly gave up his teaching position at Columbia University in the late 1950s. "Life was too short, so I grabbed my guitar and my pretty wife, and ran off to the world of show business," said Raskin.

"My mother was horrified. Imagine what a blow for her son, the professor, to go off with a guitar. We had a wild time for more than 15 years. We performed in London, Rome, Lisbon, Tel Aviv, New York ... and we even performed in Allentown."

For the last few years the Raskins have been semi-retired, performing at only a few benefits in New York and in Majorca, where they have been spending their winters for the last 25 years. 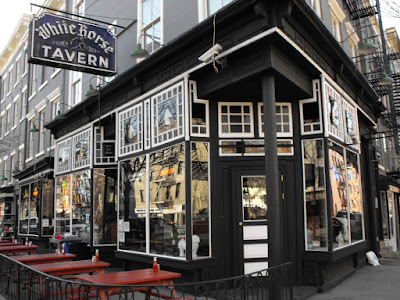 YouTube, Abq Jew assures you, has many, many versions of our song. 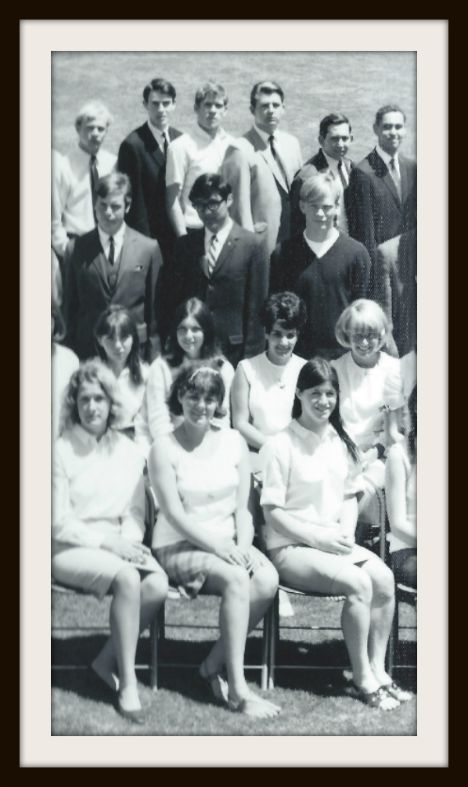 Yes, Abq Jew, on the verge of a new-ish chapter in his life, is waxing (or waning, depending on your point of view) nostalgic.

And yes, that is Abq Jew in the upper right of this 1968 photo of the Graduating Class of Marian A Peterson High (now Middle) School in Sunnyvale, California.

Here, Abq Jew is reminded of the words of Ecclesiastes:

But will instead close with the words of Julius Henry 'Groucho' Marx: 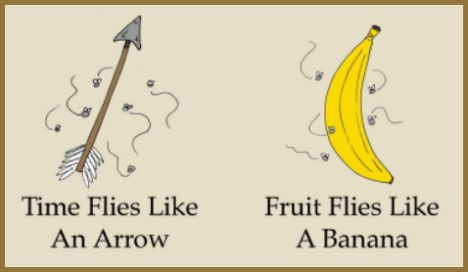 Oh yes, those were the days.