ELI Talk: The Problem of Eicha

Dara Horn Explains: The problem of the Biblical book of Eicha (Lamentations), which we just read out loud during Tisha b'Av. Was it all our fault? 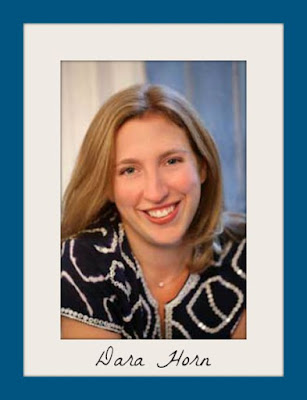 By way of introduction, here is what Dara's website says about her:


Dara Horn was born in New Jersey in 1977 and received her Ph.D. in comparative literature from Harvard University in 2006, studying Hebrew and Yiddish. In 2007 she was chosen by Granta magazine as one of 20 “Best Young American Novelists.”

Her first novel, In the Image, published by W.W. Norton when she was 25, received a 2003 National Jewish Book Award, the 2002 Edward Lewis Wallant Award, and the 2003 Reform Judaism Fiction Prize.

Her second novel, The World to Come, published by W.W. Norton in 2006, received the 2006 National Jewish Book Award for Fiction, the 2007 Harold U. Ribalow Prize, was selected as an Editors’ Choice in The New York Times Book Review and as one of the Best Books of 2006 by The San Francisco Chronicle, and has been translated into eleven languages.

Her third novel, All Other Nights, published in 2009 by W.W. Norton, was selected as an Editors’ Choice in The New York Times Book Review and was one of Booklist’s 25 Best Books of the Decade. In 2012, her nonfiction e-book The Rescuer was published by Tablet magazine and became a Kindle bestseller.

Her fourth novel, A Guide for the Perplexed, was published by W.W. Norton in September 2013, and was selected as one of Booklist‘s Best Books of 2013 and was longlisted for the Carnegie Medal for Excellence in Fiction.

She has taught courses in Jewish literature and Israeli history at Sarah Lawrence College and City University of New York, and currently holds the Gerald Weinstock Visiting Professorship in Jewish Studies at Harvard, where she teaches Yiddish and Hebrew literature. She has lectured at over two hundred universities and cultural institutions throughout North America, in Israel and in Australia.

She lives in New Jersey with her husband and four children.

Abq Jew must also point out that the entire Horn family, may they all be happy and well, davened at Temple Beth Shalom in Livingston, New Jersey - where the entire Abq Jew family also used to daven.

Dara has two sisters, Ariel and Jordana,, may they live long and prosper, who are also writers, and who have been written up in The New York Times. The three sisters also have a brother who is not a writer (go figure).

ELI Talks are meant to inspire Jewish people to become active participants of Jewish life and community – they are the starting point for new dialogue and exploration within the Jewish community.

The innovative ideas presented in the talks provide food for thought, sparking follow up discussions and activities that encourage investment in Jewish life.

In her ELI talk, Dara Horn submits that the Book of Eicha (Lamentations) is the source of Jewish understanding about anti-Semitism, but that a more appropriate text for today may be the Book of Job.

Ms Horn introduces her subject by talking about her children and Doctor DeSoto, one of their beloved bedtime stories. She shows the connection between Dr Desoto’s story and the archaic, "Eicha (Lamentations)" concept of anti-Semitism - in which it's all our fault.

At the close of her talk, Ms Horn suggests that not Eicha, but rather Job should be the foundational text for Jewish thinking on anti-Semitism.


Program Notes: Certified Thanatologist Gail Rubin, The Doyenne of Death ®, will speak about her favorite subject at TEDxABQ on September 12. Learn more here.

And if you have an inspired idea that could change the Jewish community as we know it - you might think about preparing your own ELI Talk. Learn more here.