Couple Robbed While Moving In: It is Abq Jew's unpleasant responsibility to inform the Abq Jewish community - if you haven't seen the reports on the local news stations - that a nice Jewish family (Dr Greg & Shanna Ward, and their young daughter) moving in to their new home, had many of their possessions stolen.

The good news: the Wards had stepped out briefly when the thieves struck; no one was home, and no one (thank G-d) was hurt.  But that's all the good news.

The bad news: among the items stolen was the couple's ketubah.

Now, the Jewish market for a ketubah of uncertain provenance should be nil - each ketubah is written for a particular couple.  But, as a piece of art, a collector who didn't know the story might be tempted.

So here is the story.  This report is from KRQE News:


Family's Stolen Vows
It's Worth Everything to the Couple 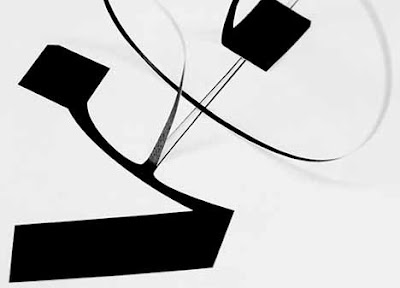 It's worth nothing to a stranger but to one New Mexico couple, it means the world.

"The door had been kicked in and I noticed everything valuable was just gone," said Shanna Ward.

She, her husband, and their 2 year-old daughter are moving into a new home that was burglarized before they could get to spend even one night there.

"I saw him putting a picture in his truck and he just smiled and said, 'I'm just moving out'," said Matthew Cone, a neighbor who was witnessing a crime but didn't realize it at the time.

The crook made off with a big screen television, expensive electronics, and paintings. But it was something that holds no value to anyone other that than the couple that bothers them the most.

A ketubah is a personal document written in Hebrew by the wife and husband for a Jewish wedding.

"That was when I started crying because that is something that you cannot replace," said Ward.

They are desperate to get it back and are asking for the thieves not to throw it out.

The couple says the crook can keep the frame, just leave the document at their doorstep. Ward is concerned that someone who would rob them, wouldn't be the type to be compassionate.

"Someone who targets a pregnant woman with a child and watches them and waits for them to leave, and comes in and takes all of their things. I don't know if they would give something like that, back," said Ward.

The neighbor in the University Heights described the thief as a well dressed, white, male in his 30's.  He was driving a white Dodge pickup truck with a camper shell on the bed of the truck.


Call 242-2677 if you have any information
on the whereabouts of the ketubah.

As a Filipina it's interesting to learn that besides the perfect wedding ring, the couples needed to choose the right Ketubah Designs for their Jewish wedding ceremonial. This piece of document is like a contract that will be signed by the couples in front of the witnesses. This is like a bond of responsibilities, truthfulness and love for each other and their future children.