New England Shalshelet Festival:  Do you remember Yosl (Joe) Kurland from KlezmerQuerque 2011?  Oy, Abq Jew certainly does - what a shayner Yid.  (Visit Tsuzamen Mitn Gelt  if you need a hint.)

The Shalshelet Foundation for New Jewish Liturgical Music will be holding a New England Regional Festival in Wellesley, Massachusetts on Saturday night March 10 and Sunday, March 11.

I will be performing my song, "Der Meshiekh vet ersht kumen" (The Messiah will only come) with the festival choir as the closing number of the Saturday night concert.

Abq Jew went to the Festival's website and looked around, and discovered an amazingly comprehensive biography of Reb Yosl.

Yosl (Joe) Kurland took up violin in second grade in the Bronx and for years played only classical music. Later he learned guitar, singing the songs of Pete Seeger and The Weavers and the Yiddish folk songs he heard on Theodore Bikel’s records. (Little did he know the day would come when he would be singing in Yiddish on the stage of Carnegie Hall with Pete Seeger.)

While in graduate school in Chicago, he began playing for international folk dance and performed with the Balkanske Igre Balkan dance troupe. He was a founder of the Wholesale Klezmer Band in 1982 and composed his first Yiddish song, the title number of the group’s first album, Shmir Me, in 1988. His formal study of Yiddish began only after he turned 40, but he considers Yiddish to be the native language he didn’t learn as a child, a language in which lends itself to speaking intimately with and about God.

Having grown up with traditional cantorial music in the synagogue, he realized that in order to hear it in rural western Massachusetts where he now lives, he would have to learn and sing it himself. He serves as ba’al tfile for High Holiday and occasional Shabbos services at two synagogues near his home. His day job involves printing ketubot and other artwork designed by his wife, calligrapher Peggy Davis, as well as his own photographic work. His songs appear on four albums released by the Wholesale Klezmer Band. www.WholesaleKlezmer.com


At the two previous Shalshelet festivals that I have participated in I was delighted by performances of a wonderful collection of new musical settings for Jewish prayers, texts from Torah, Talmud, and Tanakh, as well as new texts in both Hebrew, English, and my own compositions in Yiddish. Styles ranged from traditional, classical, folk and even rock, and every one was inspiring.

The Messiah will only come when he is no longer needed,
When peace will have spread over the whole world,
When goodness has replaced all meanness,
And it depends upon us to do what needs to be done
to bring the time of the Messiah. 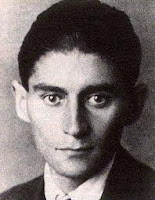 In case you were wondering - the word shalshelet means chain in Hebrew. It is a rare accent for the reading of sacred texts that occurs only four times in the entire Torah.

And the lyrics?  From Kafka!