In Case You Haven't Heard:  There was a vocal - some call it violent - protest at last night's lecture by Nonie Darwish, an Egyptian born American human rights activist. 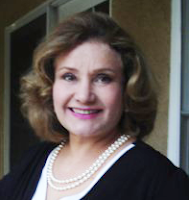 Ms Darwish spoke at UNM on “Why the Arab Spring is Failing and how Israel is Involved”.

Ms Darwish has written three books on women’s rights in the Islamic world, Arab-Israeli reconciliation, and other topics relating to Islam.

She has spoken at many college campuses in the US and Israel, appeared on TV interviews internationally, and has spoken before Congress, the House of Lords, and the EU Parliament.

Abq Jew has confirmed that Congregation B'nai Israel Sisterhood and B'nai's Rabbi Arthur Flicker withdrew their support for Nonie Darwish's talk after they learned about her past statements, judged to be religiously intolerant and hate-speech.


It appears things got out of hand at a public lecture at UNM on Thursday night. We got our hands on video overnight that shows what happened - and it's pretty unbelievable.

It started with shouts - and then people got out of their chairs to confront the protestors and things got violent. We're told some of the protestors were from the "UnOccupy" movement. They were there to protest the Israel Alliance event.

Things eventually moved outside and police were called. There's no word on whether any charges have been filed.