Roof! Roof!  Finally, "99 %-er" dogs have taken to the streets to protest the cruel and inhumane treatment Mitt Romney foisted upon his family's beloved (?) Irish setter Seamus, of blessed memory. 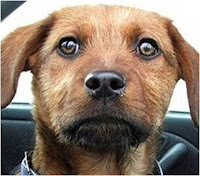 Thanks to the efforts of Rusty, the founder of Dogs Against Romney,  the full story of Romney's "episode" is, at last, being brought to the forefront of the media's attention. 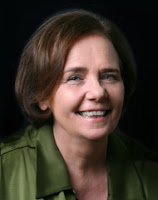 On the home front: Gail Collins, Abq Jew's favorite New York Times columnist, has periodically posted columns about Romney's deed, such as The Politics of Absolutely Everything on February 4.

The Official Site of Dogs Against Romney, founded 2007. Hi, I'm Rusty. Mitt Romney is mean to dogs. Help me get my message out about the Mitt Romney dog on roof story. Putting a dog on the car roof is abuse. Remember Crate-Gate. I ride inside.

I have had many requests for a catch-all place for newbies to our cause to get caught up on the back-story behind Mitt Romney's cruelty toward the Romney family dog. Anyone who Google's "Mitt Romney dog" will find literally thousands of articles about it, but here I have collected some of what I consider to be the most succinct. Read these stories if you are new to Dogs Against Romney or, if you are a veteran member, share this link with your friends who don't yet know the truly revolting details of Romney's callousness toward poor Seamus, the Irish Setter.
Questions still remain about Seamus' ultimate fate - questions Romney has so far refused to answer.

Dogs Against Romney promoted a street demonstration outside the 136th Westminster Kennel Club Dog Show, which just awarded Best In Show to ... Malachy, a Pekingese.  At least he's got a Jewish name. 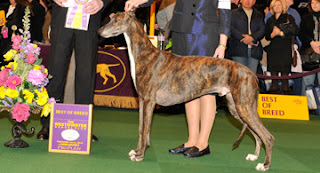 Meanwhile, the Greyhound, He's So Fine (a very Jewish name), finished out of the running. Look at him!  He's gorgeous!

Abq Jew reminds those who may have forgotten:


OK, back to Dogs Against Romney.  Here is a CNN video clip about the Westminster demonstration.

... and you can get your Dogs Against Romney T-shirts here.