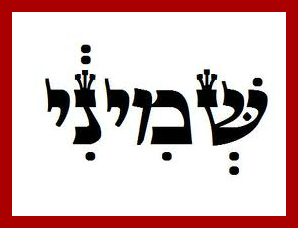 T’mei’im heim lachem. These are unclean for you.

My part of our portion is chapter 11 verses 1 through 8 from Vayikra (Leviticus), regarding the Dietary Laws. In this chapter God tells Moses and Aaron to describe to our ancestors, the Children of Israel the characteristics of mammals they can eat and some that they cannot. They are told that animals with cloven hoofs and who chew their cud are allowable but those that do not have both of these characteristics are “unclean”, although the concept of unclean is not described. 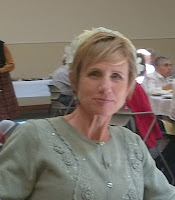 In the previous parts of the parasha, God gives instructions for offerings at the altar but also metes out punishment to Aaron’s sons who defy these instructions, in a rather extreme instance of what happens to those that do not faithfully and assiduously practice differentiation between what is prescribed by God and what is not. The parasha goes on to describe further laws of kashrut, regarding creatures of the waters, flying animals, and insects – which can be eaten and which cannot.

The Torah is full of laws that require the practice of differentiation. By differentiation, I mean a delineation between what is done and what is not done. This concept that Jewish laws are practices of differentiation dawned on me at Torah study one day last year and I owe this realization to my teacher, Rabbi Howard Kosovske. The beginning act of differentiation by God occurs at B’resheet, the very moment of creation when God separated light from darkness (perhaps the clearest kind of differentiation, for who would argue that light is dark and dark is light?) and we who are created in God’s image must, in our human way, do the same by following God’s commandments to differentiate.

Commandments to differentiate can be seen from the giving of the ten commandments at Sinai where we learned the difference between our God (yod hey vav hey) and all the other gods, to those ritual practices for sacrifice at the altar, to how we harvest our crops (a metaphor in this day for providing for the less fortunate), to maintaining honest balances and measures. We Jews can define ourselves by what we do and what we do not do.

In the laws of kashrut, Jewish ritual differentiation is explicit and clear. Sh’mini describes animals that we are allowed to eat and those that we are not allowed to eat, which are “unclean,” but we are left to our own devices to understand why that is so. The laws of kashrut belong to the class of Chukim laws, those laws for which the Torah does not provide commonsensical and unambiguous reasons, as opposed to Mishpatim laws, for which we know the reason because they ‘make sense.”

Examples of Mishpatim are the prohibition against coveting other people’s stuff or the admonition to help the helpless. These are laws that any civil society would enact and follow, even cherish, for they obviously create justice and build harmony. The Chukim laws, on the other hand lack obvious explanation, either in reason or in outcome, allowing for speculation and interpretation as to the purpose of such commandments.

Many Jews today look for logical, scientific explanations for the writings in the Torah, whether it be meteorological data to support the plagues or the events at Mount Sinai, or physiological reasons for some of the commandments. We are a fact-driven society in which our adherence to principals and laws is based on what we can discern though our five senses. If we are told to not eat something, we must know the consequences of doing so in order to inspire in us a commitment to practicing the commandment. Will it make us sick? Will it cause death? Will it taste yucky?

I grew up thinking (because it is what I was told) that the laws of kashrut are health regulations – pigs wallow in slime and carry diseases which those who eat of their flesh must abolish with chemical means. Shellfish are bottom feeders and consume the ocean’s refuse – garbage in, garbage out. There’s an obvious cause and effect there, now that we modern people understand disease.

There is no question that some of the dietary laws have healthful effects. But health-mindedness does not apply to all laws of kashrut. For instance, that interpretation does not explain why we cannot eat camels and rabbits. In fact some cultures do, with impunity.

Despite the apparent healthfulness of kashrut laws, I find it unsatisfactory to view the Torah as a health code. The ancient Israelites certainly would have figured out what makes one sick or dead, all on their own without God’s help.

From a spiritual point of view, ascribing purely physical justifications to divine instruction is base. These days do we not have at our finger tips rule books, how-to books, and scientific journals that describe in microscopic or macroscopic detail the workings of our cells and the vastness of the universe? Yet we still attend Torah study and Torah services every week to extract some kind of wisdom from the scriptures that we can use to make our lives better. I doubt that Jews throughout the centuries would have been willing to fight and die for a how-to book.

Rather, I agree with those who consider that the laws of kashrut in particular, and Chukim laws in general, are intended to hone personal spiritual discipline. “To Be a Jew” by Rabbi Hayim Halevy Donin, a book that I read for an adult education class at Congregation Albert last year, suggests that the kashrut laws are designed as a call to holiness - to bring to the level of our everyday experience the differentiation of holy things from common things.

The willingness to differentiate between what one eats and what one does not eat, regardless of the “reason” for doing so and even in defiance of the habits and customs of one’s social milieu, develops a discipline, an ability to control one’s more basic and primal urges. The more one practices this kind of willful differentiation, the easier it is to define one’s habits of discrimination. So that, when the disciplined spiritual mind is faced with the temptation to covet a neighbor’s stuff, one can distinguish between right and wrong and can make a judgment call to deny those urges. As if saying, “I have enough pleasure indulging in the things that I am allowed to do – I do not need to partake of those things that I am commanded to not do.”

It is said that “it is hard to be a Jew” - all those commandments to follow. Rabbi Rosenfeld taught me that God’s love is embodied in the giving of the Torah. That’s tough love, you might say. But here’s the essential concept: for those who are willing to accept our laws as a gift of love, following the commandments builds self-control, which is ultimately what allows a spiritually refined mind to follow those difficult laws.

“But why?” we ask ourselves. What is to be gained by following the commandments? The Torah is a guide, not along a path of personal gain, but to the development and preservation of community. This is a very hard sell in our modern American culture where individual liberties trump the greater good. However, a discerning mind will reveal that it is the community, not one’s own personal merit that has your back, that supports you when you fall, that raises your kids and buries your dead, that loans you a cup of sugar, a jump start for a dead battery, and a shoulder to cry on. Knowing how to live in a community, functioning as a community member, seeking justice and reaping peace, eases life’s challenges and makes for a good night’s sleep, and these are the things that the Torah teaches us to do.

While I cannot say that I practice laws of kashrut the way my grandparents did, I am kosher in my own way. I have been a vegetarian for 40 years, at first as a matter of principle, despite the overwhelming social acceptance of meat as a dietary fundamental, and now as a matter of choice. Why should I eat meat when there are so many alternatives?

I cannot tell you what all of the 613 commandments say. But those that I do know, whether consciously or internally, I appreciate more and more, particularly now that I understand their purpose. My greatest motivation is to be a responsible member of the communities to which I belong, to seek justice and to build peace. And to continually develop a disciplined mind and spirit through adherence to those commandments. If Torah is the manifestation of God’s love, then observation of the laws is my way of worship.

I have waited 56 years to get up here on the bimah. It took me this long to understand what it means to be Jewish and to find the time to be thoughtful about practicing differentiation. Not to mention that I was distracted, if not consumed, by raising two kids and getting them through this process.

I am finally ready to celebrate my Jewishness by chanting from the Torah and the Haftarah, interpreting the parashah, and now calling myself a Bat (or Eishet) Mitzvah. I acknowledge Cantor Finn for helping me get here, through her teachings and gentle promptings.

I believe that one of the most important Jewish practices to achieve Tikun Olam, fixing our broken world, is to share learning and wisdom, and I am grateful for being given the chance to do that today.