A Message From SCJS President Dolores Sloan: The Society for Crypto Judaic Studies is preparing for a homecoming.  For it was in New Mexico in 1991 - in the mountains, near Taos, to be exact - that the first gathering of what was to become the Society took place.  And it's in New Mexico - in Albuquerque - where our 22nd Annual Conference will be held, July 22-24, at the Hotel Albuquerque in Old Town.

It was in New Mexico that some folks turned on their radios one day in 1988 and heard a program on National Public Radio called "Search for the Buried Past: The Hidden Jews of New Mexico."  The program spoke of a Jewish ancestry for some Hispano families, who either practiced aspects of Judaism in secret or observed Sephardic Jewish customs in their lives, unaware of the origin.  The word spread, as listeners identified everyday practices in their families.

Those who gathered at that founding meeting of the Society for Crypto-Judaic Studies, three years later, were well aware of this phenomenon.  Among them were individuals who had discovered crypto-Jewish heritage in their own families, as well as scholars, a rabbi and others interested in regional history and culture.  The Society they established was academic and secular and its twin mission is still operative today: to stimulate and disseminate research on the subject and serve as a resource for those studying crypto Judaism or exploring it in their own lives.  I call your attention to the article by SCJS Founder Stan Hordes in the upcoming issue of HaLapid, which explores this further.

Although there are other regions in the US where crypto Judaism can be found, such as the Texas/Mexico borderlands and in Northeastern communities with a history of Portuguese immigration, it was the "discovery" in New Mexico that brought the phenomenon to national attention. New Mexico was where Members Stan Hordes and Seth Kunin conducted their research and interviews for their foundational work in this field and where the state's Jewish Historical Association presented a day of related cultural programs at Albuquerque's Kimo Theatre in the mid 90s.  It was from New Mexico that Writer Kathleen Teltsch, with Cary Herz's photography, filed the first national stories on crypto Judaism in the New York Times.  And New Mexico is where my Hispano friends shared secrets with me of neighbors who light candles on Friday evenings, cover their mirrors when someone dies and sweep the floor toward the middle of the room. 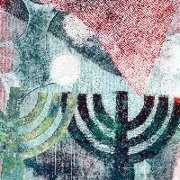 So SCJS will be going home July 22-24, a family reunion of sorts.  To reach out to that greater family in New Mexico, we'll be offering "Our Roots: Exploring Hispano Family History," a special workshop, just before the conference opens, on July 22, from 12 to 4:30 p.m. at the Hotel Albuquerque. Speakers include Robert Martinez and Henrietta Martinez Christmas, members of the Hispanic Genealogical Research Center of New Mexico, and Mona Hernandez, SCJS member, each with extensive experience tracing their Iberian roots.

Also speaking is Genealogist Schelly Talalay Dardashti. Jose Antonio Esquibel, foremost genealogical researcher, historian and author on the subject has prepared a special message for the event on Hispano roots in New Mexico.  SCJS board member Arnold Trujillo is Coordinator, with the support of Gloria Trujillo and Mona Hernandez.   The workshop will be open to the public for a small fee and free to those who preregister for the conference by July 15. 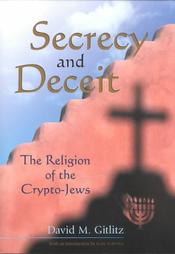 Keynote speaker for the conference is David Gitlitz PhD, professor emeritus at the University of Rhode Island, and author, Secrecy and Deceit: The Religion of the Crypto-Jews.  His talk on "Portuguish and Spaniolese? The Where of the Mexican Conversos." will follow Sunday's evening's traditional opening dinner.

Monday and Tuesday will feature scholarly papers, personal stories of the crypto-Judaic experience and a variety of arts programs. As this issue is published, Program Chair Seth Ward and his committee are reading through the proposals of those have responded to the Call for Papers. Last year's conference featured twenty-three presentations from a variety of disciplines on several continents --academic, cultural and artistic--and this year's looks like it will match or exceed that figure.

Writer and Educator Isabelle Medina Sandoval will present the first annual Martin Sosin Address, funded by the Sosin-Stratton-Petit Foundation to advance scholarly studies of crypto-Judaic art and artisanship.  The Foundation will also fund a workshop on Sephardic Songs of the Diaspora by Daniel Elias and Maurice Sedakka of the Daniel Elias Sephardic Ensemble.  The Ensemble are the featured musicians of this year's annual Judy Frankel Memorial Concert on Monday evening.

Also featured are artists from four genres whose work is influenced by crypto Judaism.  Anita Rodriguez and Diana Bryer, New Mexico visual artists, will take conferees on a walk through of their vibrant exhibits, taking about muse and process.

Lois Rose Rose will present an exhibit on the pomegranate and its place in Sephardic and crypto-Judaic history. We'll see excerpts from Marranos, feature film by Howard Woolf, and learn how the awareness of his converso family inspired its making.

Chair Gloria Trujillo and Albuquerque Chair Stan Hordes have secured the right hotel in the right place. We'll be staying at the Hotel Albuquerque in colonial Old Town. Information on hotel reservations and a registration form are here, so complete and mail the form to Gloria.

There'll be time to talk with speakers, browse our book table, spend time in the art gallery and relax with old and new friends in the extended familia that is SCJS.


Join us for the homecoming in New Mexico!