At Home in Utopia

Life in the Bronx Coops:  The New Mexico Jewish Historical Society and the HaMakom Jewish Film Festival are proud to announce their presentation of 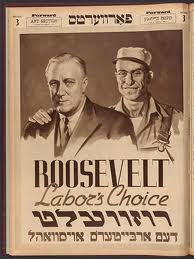 In the mid-1920s, thousands of immigrant workers escaped tenement life by pooling their resources to build housing collectives in the Bronx. Adjacent to the newly opened subway corridor and in the midst of empty fields, they constructed the United Workers Cooperative Colony, a.k.a. “the Coops,” where they practiced the utopian ideals of an equitable and just society.

At Home in Utopia captures their epic struggle across two generations as the Coops residents experiment with breaking down barriers of race and ethnicity, and championing radical ideas that would someday transform the American workplace.

After the film, there will be a Skype interview with Tony Michels, Ph.D.  Tony Michels is a professor of American Jewish History at the University of Wisconsin and served as an historical advisor to At Home in Utopia.

He is author of A Fire in Their Hearts: Yiddish Socialists in New York (Harvard 2005) which won the Salo Baron Prize from the American Academy for Jewish Research for Best First Book in Jewish Studies.

His new book Jewish Radicals, A Documentary Reader is forthcoming from New York University Press this July. Professor Michels is a frequent speaker at conferences on Jewish Studies and History.  Nate Ockman, former “Coops” resident, will be a Special Guest at the screening.