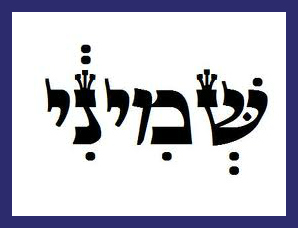 We have many rules to live by – some are laws, some are self imposed. Others are obligatory – based on our environment and culture, our friends and family. We guide our children with rules, much like I was guided when I was a child. Many of my parent’s rules have stayed with me. I have implemented them in my parenting repertoire. 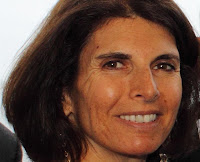 In Parshat Shemini, there are many rules along with a mystifying list of what you can and can’t eat.  The list goes on and on. Don’t eat the bat. Really? I honestly never considered eating a bat. Or a stork or a swan, or a hedgehog. When I read this excessive list, I wonder – what does this mean to me? Why is it so specific, and so irrelevant to my daily life? What is really being said? What can I take from this?  Is it something physical or spiritual?

I tend to follow directions. I drive on the right side of the road. I don’t run red lights or stop signs.  These are laws that are understandable. If you don’t follow them, you might get hurt or hurt someone else.  Breaking some laws garner small penalties – for instance - fines for parking violations. There are larger fines and/or penalties for more intolerable violations. Some laws justly need to be challenged in order to change behavior and thinking – segregation, for instance.

At a recent trip to the Smithsonian Institution National Museum of American History, I had an opportunity to see a section of the lunch counter from the Greensboro Woolworth’s Department store. In 1960, four African American men, later known as the Greensboro Four, sat at the “white only” lunch counter and ordered coffee. They were refused service.  The numbers for the sit-ins grew, and eventually resulted in boycotts of the stores that had segregated lunch counters. Because of these activists, Woolworths eventually abandoned their segregation policies.

If not for some strong civil rights protestors, some rule breakers, perhaps we’d still have segregation.  Let’s consider Women’s suffrage - the right for women to vote. I look around the bimah at my n’shei mitzvah “sisters” and can only imagine where the 5 of us would be without progressive thinking and rule breakers.

As for the kashrut laws, why are they important? What do they mean to me specifically?  I strongly believe that taking care of your physical self is important. During our Shabbat service, we thank Adonai for our body. We also sing the Mi Shebeirach – a healing prayer for our body.

We only get one body in life. Just one shot at a healthy life. It is important to take care of the physical self. Eating right is a big part of that. Just because we can eat a bat, should we? Do we want to? Being a vegetarian, it certainly doesn’t interest me. So, while I don’t eat a bat, it is not because the Torah tells me not too, rather, I make a choice not to eat it. That along with the entire list of forbidden foods mentioned in Parshat Shemini. I choose healthy eating, not so much because I am told to, but because it is the right thing to do. It’s a self imposed rule. If I choose to break the rules, the only person I hurt is myself. I follow rules for many reasons. But mostly, because I should, therefore I do. Taking care of your body - both physically and spiritually - is a vital aspect of living.