Counting to Eight for Earl:  Eight days ago, the banjo world, the bluegrass world, the music world - the world - was saddened by the passing of banjo player Earl Scruggs. 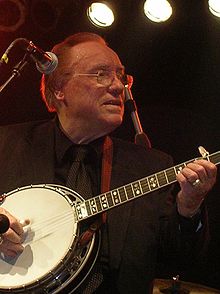 Abq Jew is among those saddened by Earl's passing.  And, while Jewish tradition only requires close relatives to ritually mourn for seven days - in Earl's case, all banjo players are his next-of-kin.  And eight days of mourning seems appropriate.  Earl never counted to seven in his life.

Bluegrass music has been described as "folk music on steroids".  If that is true, then Earl was (lehavdil) the Barry Bonds of banjo.  Bluegrass's bounce is a gift from Earl.

That's all well and good if you're strumming your banjo, or picking your banjo strings with two fingers.  1, 2, 3, 4.  But you can fit more notes into the same space if you divide each beat in half and play eight notes in each 4/4 measure.  Cool.  And you can still do it with strumming or two-finger picking.

Earl wanted to play faster, so he started using three fingers - thumb, index, middle - instead of just two.  But he ran into a couple of problems. 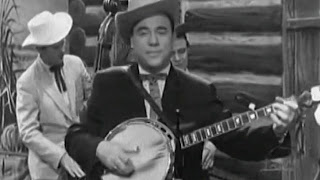 But then, the way Earl started playing the roll, you couldn't hear the melody - it just got lost in the sauce.  So Earl began to start each roll with his thumb, using the thumb's power to pick out the melody and the index and middle fingers to augment and enhance and dance on top of the melody. 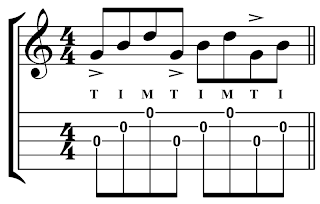 When other banjo players of equal or - perhaps - even greater ability were called to war or called to work, Earl was called forward on the stage of the Grand Ole Opry's Ryman Auditorium  on December 8, 1945, by the Father of Bluegrass, Bill Monroe.  The crowd went wild; the rest is history.

The New York Times published this obituary and this video remembrance.