A Crypto-Jewish Tale:  Teatro Paraguas of Santa Fe presents Robert Benjamin's gripping play about three generations of men in a crypto-Jewish family struggling with its identity in Northern New Mexico. 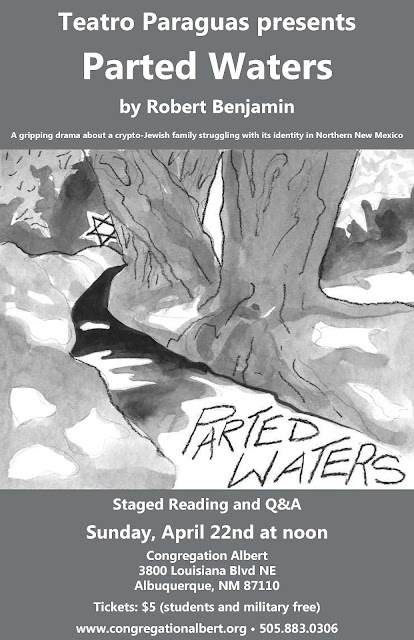 Grandson Miguel is running for state office against a Jewish opponent.  Her daughter is his campaign manager. An unintended slur during the debate nearly destroys his family, but reveals the truth.

Parted Waters reﬂects the mad pace of change in the twenty-ﬁrst century and the resulting confusion that is an all-too-common afﬂiction of contemporary life.

Teatro Paraguas will perform a staged reading of the production, followed by a discussion.

Tickets:  On sale at the door.  $5 for the community.  Free for students / military.