A Pesach Video That's Hot:  From Jewtribe, who says:

Pesach Parody videos abound at this time of the year. Typically over produced and schmaltzy, but thank goodness I found this little gem. 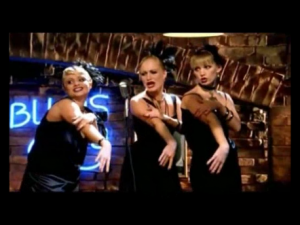 If you like great  Jazz, hot mamas, and Louis Armstrong, you will enjoy this version.

Although usually thought of as a spiritual, the earliest recorded use of the song was as a rallying anthem for the Contrabands at Fort Monroe sometime before July 1862.

The song was made famous by Paul Robeson whose voice, deep and resonant as it was, was said by some to have attained the status of the voice of God.

On February 7, 1958, the song was recorded in New York City, and sung by Louis Armstrong with Sy Oliver’s Orchestra