Learning Hebrew in the Time of Mothra

A Lesson From The Word 'Cholera':  Yes, Burquenos, we are now living in the time of Mothra.  The Miller moth (are they Jewish?) infestation has destroyed our nightlife, upended our backyard parties, crippled our economy, and made even a trip to the refrigerator a nerve-wracking endeavor. 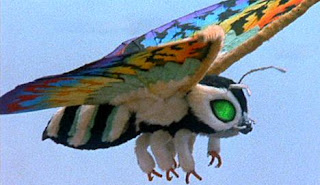 Mothra, Abq Jew reminds you, is the title (and title creature) of the eponymous Japanese post-atomic film Mothra (1961), in which


Shipwreck survivors are found on Beiru, an island previously used for atomic tests. Amazingly free of radiation effects, they believe they were protected by a special juice given to them by the natives. A joint expedition of Rolithican and Japanese scientists explores Beiru and discovers many curious things, including two women only a foot high. Unscrupulous expedition leader Clark Nelson abducts the women and puts them in a vaudeville show. But their sweet singing contains a telepathic cry for help to Mothra, the gigantic moth worshiped as a goddess by the island people. Mothra seeks the women in Tokyo, wreaking the usual havoc and special effects.

How did Mothra get its name?, Abq Jew hears you ask.  Here is Abq Jew's own explanation, based on a surface knowledge of the depth of the Hebrew language.  Starting with the Hebrew terms for cholera. 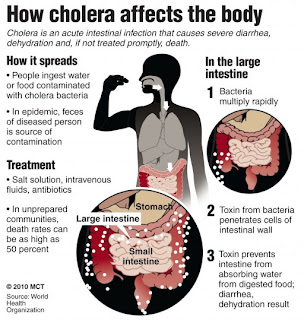 The first term is כולירה .  This is a phonetic transliteration of the English term.  Which is to say, it sounds like cholera, with no intimation of the term's derivation.  This is also the translation used (way back when) in LaMatchil, the "Beginner's Hebrew" newspaper Abq Jew once read.

But the term that Ma'ariv, the "Real Hebrew" newspaper, uses is   חולירע.  This also sounds like cholera, but is made up of two Hebrew words:  חולי (sickness) and   רע(bad) .  Put them together and you have "bad sickness", which seems an accurate description of the dreaded disease.

But you see where Abq Jew is going with this: The name Mothra must be a synergistic recombination of English and Hebrew terms that together mean bad moth.

Please bear in mind that Abq Jew has absolutely no training whatsoever in linguistics, philology, or any other language-related istics or ology you can think of.  He is undeterred by this fact.

But Mothra's English script was written by Robert Myerson, who certainly sounds Jewish (Bess Myerson certainly was).  As if further proof might be needed, Abq Jew Googled "Robert Myerson" and discovered - doctors!  And no, not just doctors - radiologists! 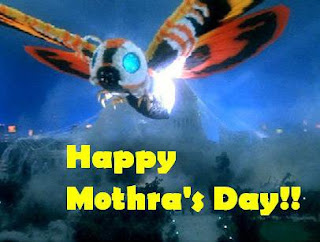 Credits for the film Mothra include Haruo Nakajima and Katsumi Tezuka
as the head and neck of Mothra larva, respectively.