Will Sing for Seder: Congregation B'nai Israel of Albuquerque is proud to announce that revered tenor Placido Domingo has been engaged to help lead this year's Second Seder. Maestro Domingo will also daven Musaf on the first two days of the Passover holiday. 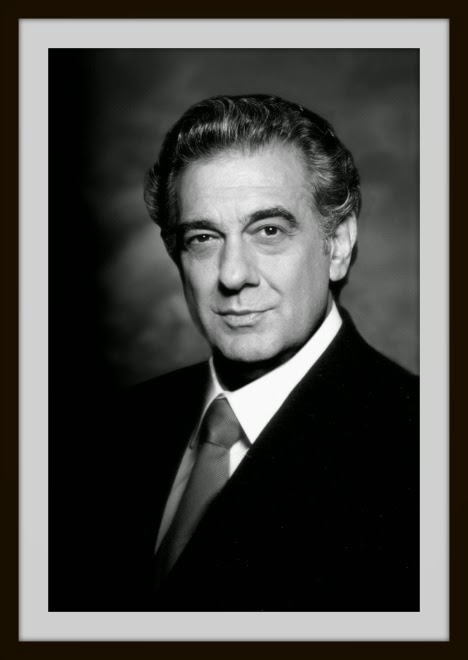 Placido Domingo, a recent convert to Judaism under the auspices of Rabbi Arthur Flicker, will be coming to Congregation B'nai Israel the first weekend in April to help lead the Second Seder and Pesach services.

Maestro Domingo has studied and listened to the CDs recorded by Dr David Katz and Cantor JoAnn Rice so that he can lead services with tunes familiar to CBI members.

He is looking forward to staying with Rabbi Flicker and his family, as Linda has promised him a well stocked refrigerator with kosher Mexican delicacies.

Although he was provided with “lead sheets” of the music, the celebrated tenor found Dr Katz's and Cantor Rice’s CDs more to his liking.


“With the CDs I was able to better master the t’fillah
and nusach; I believe I will even be able to do
a full recitation of the Amidah!”

Ritual Chair Ben Kesner commented, “It will be great to have a cantor with such talent on the bima. On Saturday and Sunday, come early if you want to stand close to Mr Domingo by getting an aliyah.”

On both days of Pesach, a special Kiddush featuring all of Placido’s favorite foods will be  prepared by the Sisterhood. 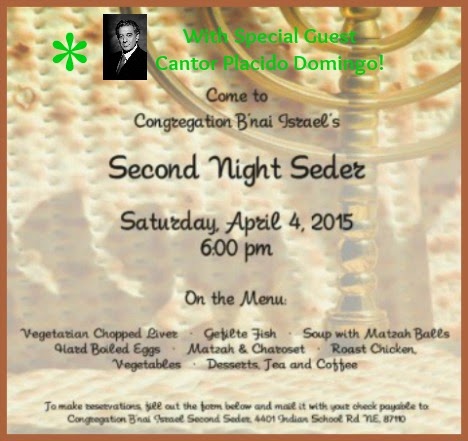 Please remember that no photography or writing is permitted at Congregation B'nai Israel during the holiday.

Members and visitors who wish to have their photos taken with our guest or obtain autographs will need to wait until the conclusion of Havdalah services on Sunday night.

The above PURIM SPOOF was adapted for Congregation B'nai Israel by (who did you think?) Abq Jew.

It is based upon the actual 2009 Purim newsletter that Abq Jew's old friend Bruce Kesselman wrote and published while serving as Executive Director of Temple Beth Sholom in (the other) Las Vegas.

Of the experience, Bruce has told Abq Jew


Half the congregation wanted me fired; but half said they would increase their donations if I did it again.

Bruce also shared with Abq Jew some of the comments he received from TBS congregants.

Note: Bruce Kesselman is no longer the Executive Director of Temple Beth Sholom.