Fair Baltimore, The Beautiful City: Home of the Orioles and the Colts ... er, Ravens. Abq Jew has never been to Baltimore, and has only driven past it (on the way to and from Washington, DC) a handful of times. 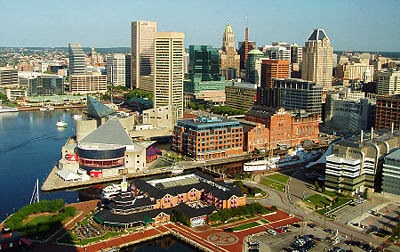 Baltimore is the 26th largest city in the USA. Founded in 1729, it is the second largest mid-Atlantic seaport, and is closer to Midwestern markets than any other major seaport on the East Coast. And, Wikipedia tells us,


With hundreds of identified districts, Baltimore has been dubbed "a city of neighborhoods," and is nicknamed Charm City. The talents of writers Edgar Allan Poe and H.L. Mencken, musician James "Eubie" Blake, and singer Billie Holiday, as well as the city's role in the War of 1812 and Francis Scott Key's writing of "The Star-Spangled Banner" have all influenced the city's historical importance.

According to the Brookings Institution, almost a quarter of the jobs in the Baltimore region are science, technology, engineering and math positions. The Baltimore Area is known for health and science, which is in part attributed to the prestigious Johns Hopkins University school system, the University of Maryland-Baltimore, and other smaller schools ....

But then Wikipedia continues: 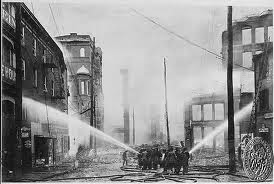 On February 7, 1904, the Great Baltimore Fire destroyed over 1,500 buildings in 30 hours, leaving more than 70 blocks of the downtown area burned to the ground. Damages were estimated at $150 million - in 1904 dollars.

But Abq Jew knew none of this ... until he heard the song "Baltimore Fire" sung by Kate (of blessed memory) and (lehavdil) Anna McGarrigle on their most wonderfully beautiful 1998 album, The McGarrigle Hour. The song captivated him.


Fire, fire, I heard the cry
From every breeze that passes by
All the world was one sad cry of pity.
Strong men in anguish prayed
Calling out to the heavens for aid
While the fire in ruins was laid
Fair Baltimore the beautiful city. 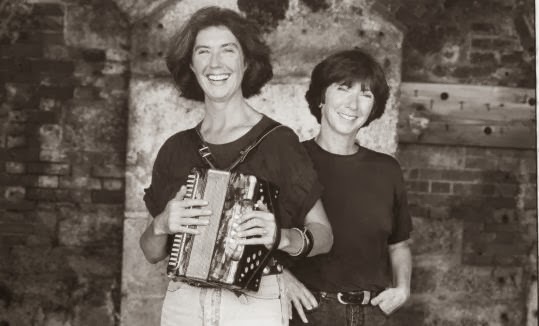 If you don't know of the McGarrigle sisters, Wikipedia describes them as "a duo of Canadian singer-songwriters from Quebec ..."


Anna McGarrigle and Kate McGarrigle were born in Montreal of mixed Irish- and French-Canadian background, but lived their childhood in the Laurentian Mountains village of Saint-Sauveur-des-Monts, northwest of Montreal, where they learned piano from village nuns.

In the 1960s, in Montreal, while Kate was studying engineering at McGill University and Anna art at the École des Beaux-Arts de Montréal, they began performing in public and then began writing their own songs ...

Their songs have been covered by a variety of artists including Maria Muldaur, Nana Mouskouri, Linda Ronstadt, Emmylou Harris, Billy Bragg, Chloé Sainte-Marie, Judy Collins, Anne Sofie von Otter and others. The covers of their songs by well known artists led to the McGarrigles getting their first recording contract in 1974. They created ten albums from 1975 through 2008.

Boston.com tells us that love and family life were central themes in the McGarrigles' music. And that when they performed it often became a family affair, with musical friends and relatives sitting in. 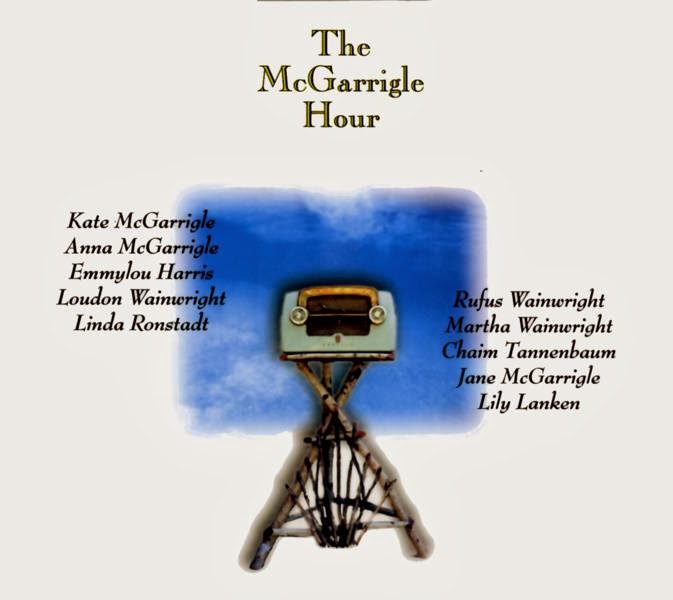 If you don't know of The McGarrigle Hour, Wikipedia describes it as "a mix of traditional folk tunes, pop standards and original material by the participants." 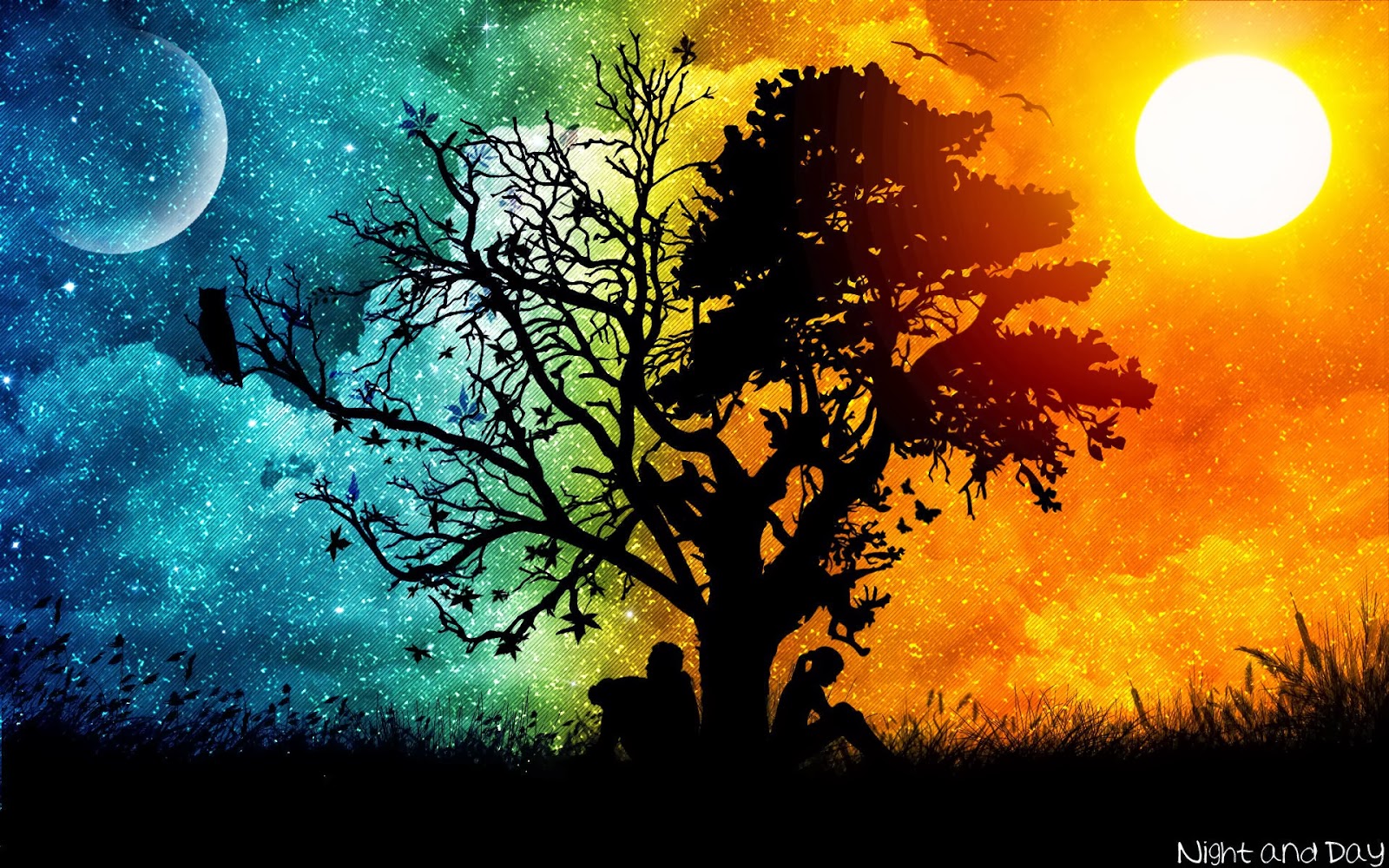 Lehavdil (להבדיל) means "to make a distinction." The blog Elephant points out that "whenever we say להבדיל we are indeed mentioning things together, while simultaneously we point out that they are not to be compared except in the narrow sense that we intend."

Our havdalah ceremony, for example, makes a distinction between “sacred and secular, light and darkness, Israel and other peoples, the seventh day and the six days of labor.”

In its broadest sense of Torak - all of Jewish text knowledge and worldly wisdom, popular custom and rooted tradition - Abq Jew believes that


The purpose of Torah is to enable us to distinguish
between good and evil. In order to train us,
Torah shows how to make distinctions between
kinds of seeds, species of animals, milk and meat.

The most important distinction, of course, is between life and death.

Therefore, we do not hang pictures of our dearly departed and our alive and well family members on the same wall. And if we must mention the deceased and the living in the same sentence, we separate them with - lehavdil. 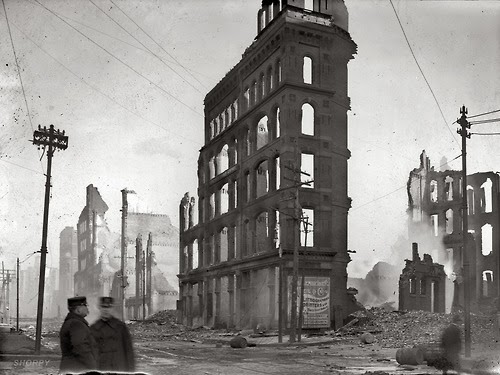 But back to the fire. Wikipedia tells us


It is believed to be the third worst conflagration to affect an American city in history, surpassed only by the Great Chicago Fire of 1871, and the San Francisco Earthquake and Fire of 1906.

Other major urban disasters that were comparable (but not fires) were the Galveston Hurricane of 1900 and most recently, Hurricane Katrina that hit New Orleans and the Gulf of Mexico coast in August 2005.

One reason for the fire's long duration was the lack of national standards in fire-fighting equipment.

Although fire engines from nearby cities (such as Philadelphia and Washington, D.C. as well as units from New York City, Virginia, Wilmington, and Atlantic City) responded, with horse-drawn pumpers, wagons and other equipment (primitive by today's standards) carried by the railroads on flat cars and box cars many could not help because their hose couplings could not fit Baltimore's hydrants. Very few, if any, were motorized in those early years except for steam engines.

But this was - if there is such a thing - a benevolent and good fire, as the website GenDisasters.com relates.


History affords no parallel of the conditions in fire-swept Baltimore on the following Tuesday when its people awoke to the mighty task of reconstruction looming up before them. After having suffered a loss estimated at $125,000,000 a cry of rejoicing went up among them because of the absence of casualties.

Not a life was lost in the avalanche of flame and only one person was seriously injured— Jacob Inglefritz, a volunteer fireman from York, Pa. While the hospitals were full to overflowing the injuries sustained were of a minor nature.

A strange comparison with the Iroquois theater fire of a month before! In that instance 600 met death and a host were seriously injured in a fire of fifteen minutes’ duration confined to one building that suffered insignificant damage. Here in a fire that swept for days over the business heart of a great city not a life was lost.

Such is the strange operation of providence.

And now back to the song. While Charlie Poole's recording is certainly of note, it is the recording by the McGarrigles that always brings a tear to Abq Jew's eye.

It's not just the tragic story of the fire that devastated Baltimore; it's the tragic loss of Kate, who died January 18, 2010 at the age of 63, after fighting a rare form (clear cell sarcoma) of cancer. She is survived by her former husband and their children, by her sisters and by her grandson. 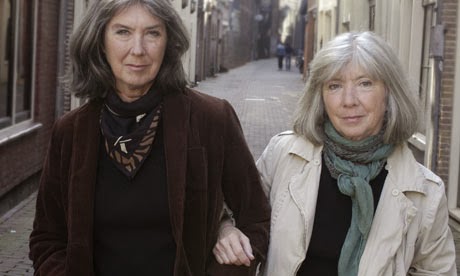