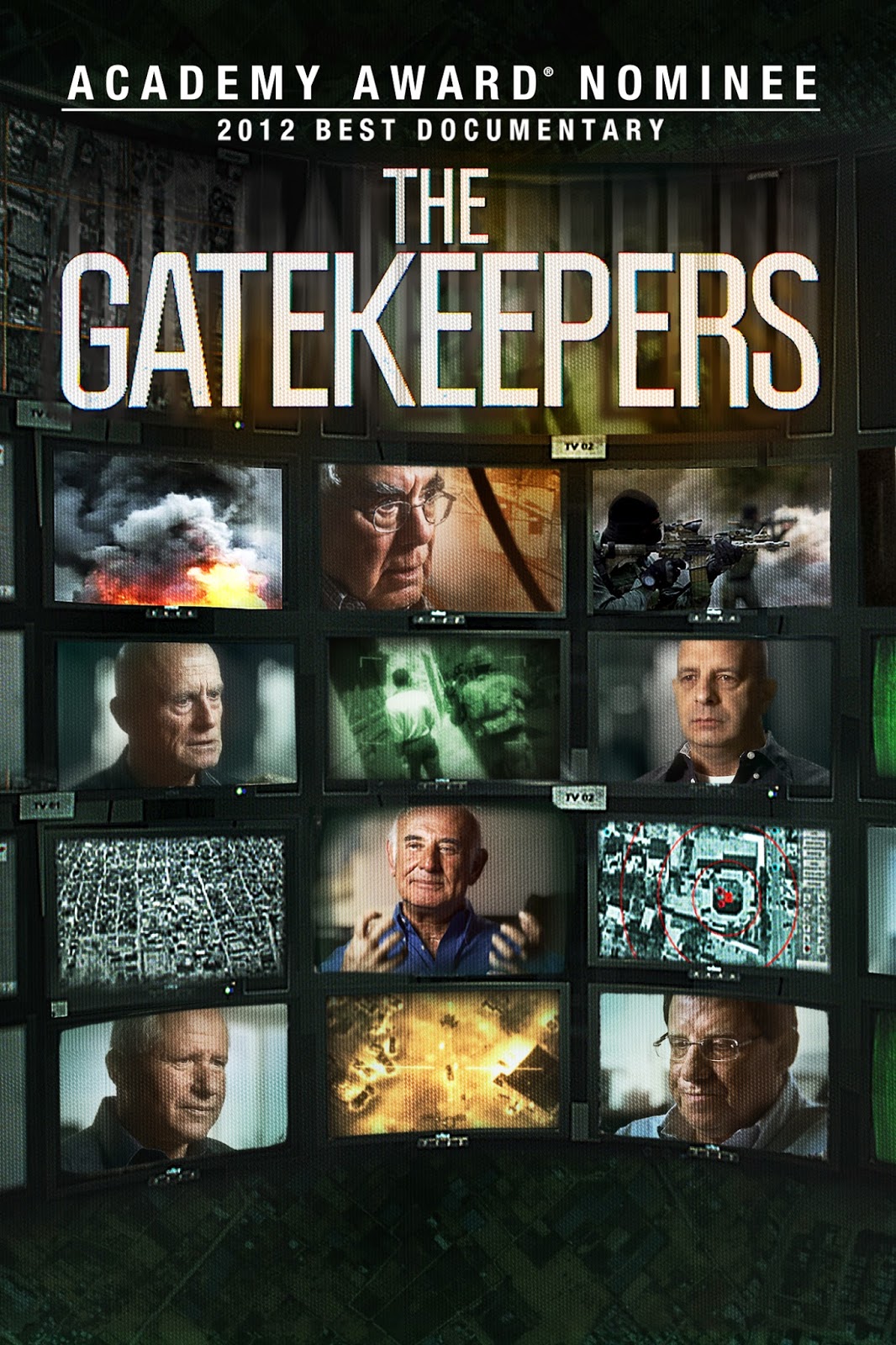 For the first time ever, six former heads of Israel’s domestic secret service agency, the Shin Bet, share their insights and reflect publicly on their actions and decisions.

Since the Six Day War in 1967, Israel has failed to transform its crushing military victory into a lasting peace. Throughout that entire period, these heads of the Shin Bet stood at the center of Israel's decision-making process in all matters pertaining to security. They worked closely with every Israeli prime minister, and their assessments and insights had—and continue to have—a profound impact on Israeli policy.

The Gatekeepers (2013 Academy Award Nominee for Best Documentary) offers an exclusive account of the sum of their successes and failures. In the process it sheds light on the controversy surrounding the Occupation in the aftermath of the Six Day War.


It seems inevitable that Israel’s security forces play an inordinate role in the national discourse. Two of these forces—the Army and the Mossad—are already the stuff of legend. Ever since the Six Day War, however, the internal security force known as the Shin Bet has come to dominate the discussion among Israel’s policy makers. Israel’s crushing victory over its neighbors in 1967 left it in control of a vast, hostile population living under Occupation. Dealing with that population—in times of calm and times of violent uprising—was the Shin Bet’s responsibility.

The Gatekeepers tells the story of the Shin Bet, perhaps the most active and certainly the most secretive of Israel’s security forces, and it tells it from the perspectives of its leaders who, more than anyone, received the trust of the country’s political elites. In a series of candid interviews, they talk openly about the major events that marked their tenures. At their most intimate, six former heads of the Shin Bet muse publicly about the morality of torture and terrorism, arrests and assassinations. The citizens they swore to protect may have been safer as a result of their actions, but was the country any closer to peace?

In a style reminiscent of The Fog of War, their confessions are illustrated with archival footage and chilling computer animations based on photographs taken at the events. These offer a window into the moral dilemmas they faced as they unfolded. The audience is left pondering whether they or their governments would have responded any differently

If Israel lies at the heart of the global War on Terror, the Gatekeepers’ confessions challenge the conventional wisdom of how that war should be waged, whether in Gaza or Guantanamo, Palestine or Pakistan. Theirs is the ultimate cautionary tale of what happens to people and nations alike when they try to answer violence with violence.