The Learning Continues: Here is another review and continuation of the Talmud class that Abq Jew led at this year's very successful A Taste of Honey (see The Talmud @ A Taste of Honey and A Page (or Two) of Talmud: Part 2).


Last week, we talked about the new Koren Talmud Bavli and the Reference Guide to the Talmud. This week we'll discuss

What The Talmud Is

So - what is the Talmud? Wikipedia explains:


The Talmud (Hebrew: תַּלְמוּד talmūd "instruction, learning", from a root lmd "teach, study") is a central text of Rabbinic Judaism. It is also traditionally referred to as Shas (ש״ס), a Hebrew abbreviation of shisha sedarim, the "six orders". The Talmud has two components.
The terms Talmud and Gemara are often used interchangeably, though strictly speaking that is not accurate.

The whole Talmud consists of 63 tractates, and in standard print is over 6,200 pages long. It is written in Tannaitic Hebrew and Aramaic.

The Talmud contains the teachings and opinions of thousands of rabbis on a variety of subjects, including Halakha (law), Jewish ethics, philosophy, customs, history, lore and many other topics.

The Talmud is the basis for all codes of Jewish law and is much quoted in rabbinic literature. 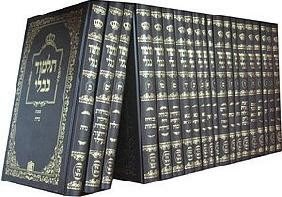 The Mishnah is the first part of the Talmud. And Wikipedia tells us:


The Mishnah or Mishna (Hebrew: מִשְׁנָה, "repetition") ... is the first major written redaction of the Jewish oral traditions called the "Oral Torah". It is also the first major work of Rabbinic literature.

The Mishnah was redacted circa 200–220 CE by Rabbi Yehudah haNasi when, according to the Talmud, the persecution of the Jews and the passage of time raised the possibility that the details of the oral traditions dating from Pharisaic times (536 BCE – 70 CE) would be forgotten. 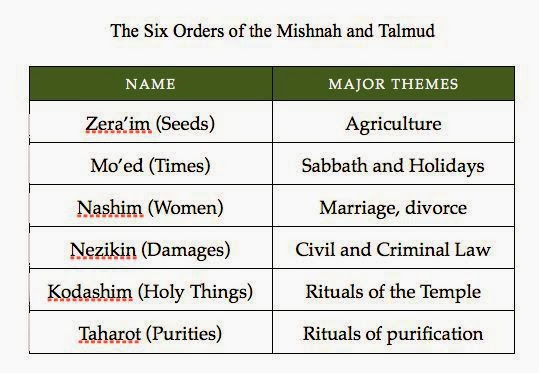 It is the Gemara - the Talmud's second component - that makes the Talmud what it is:


The Gemara is a record of the discussions of the Mishnah that took place in the academies and study halls of Babylonia and Israel during the first centuries of the Common Era.

To break it down even further:


The Gemara includes both legal discussions and ... stories. The Gemara's stories are about legal matters and about ... everything else in the world.

Here is what the Talmud is not:


The Talmud is not a book of laws.

If you only want to find out the end result - what the Jewish law is for any particular topic or question or issue - you should consult Maimonides' Mishneh Torah or Joseph Karo's Shulchan Aruch or (lehavdil) Isaac Klein's A Guide to Jewish Religious Practice or Martin S Cohen's The Observant Life.

But if the journey is the reward - you must learn Talmud!


Note to Prospective Talmud Students
Abq Jew is currently learning Shekalim.
If you would like to learn along - please contact Abq Jew! 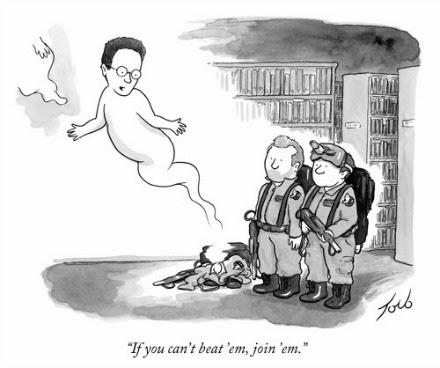