Another 'First Ever': Abq Jew is thrilled to announce that the Jewish Community Center of Greater Albuquerque and Congregation Albert are launching the 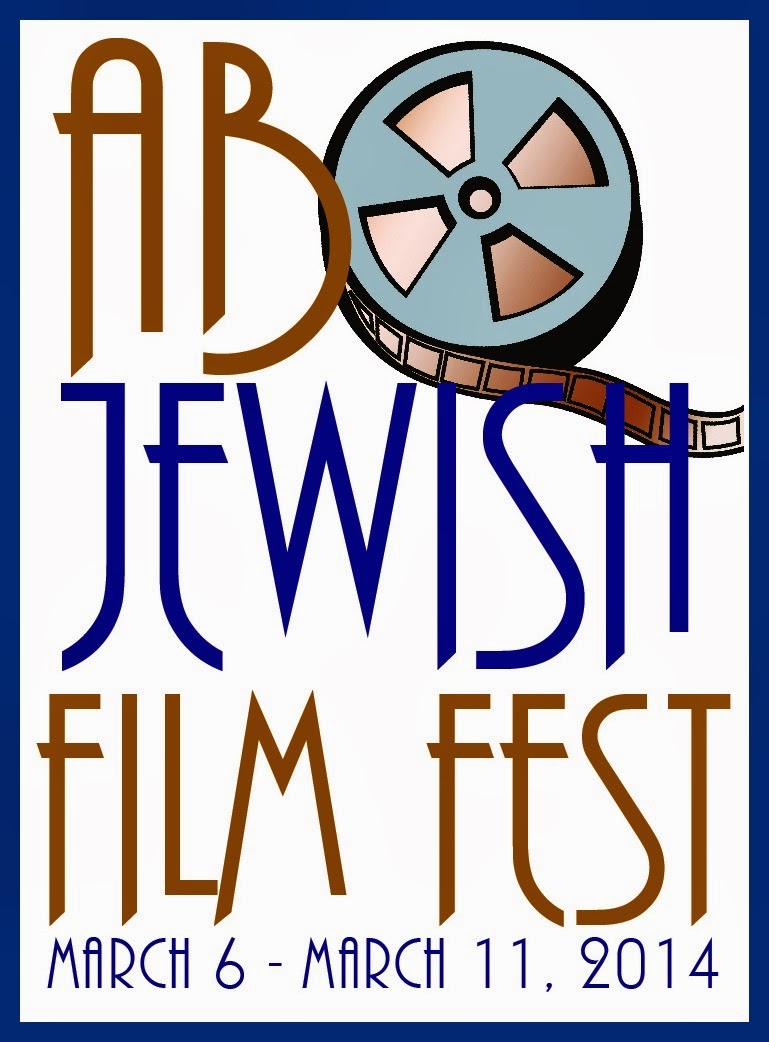 The ABQ Jewish Film Fest will screen a total of five films, and for this inaugural event, will be using two locations, the JCC and the African-American Performing Arts Center.

The lineup will showcase a rich and varied program of contemporary American, Canadian and Israeli films, with themes that range from Major League Baseball to Broadway to the Holocaust. 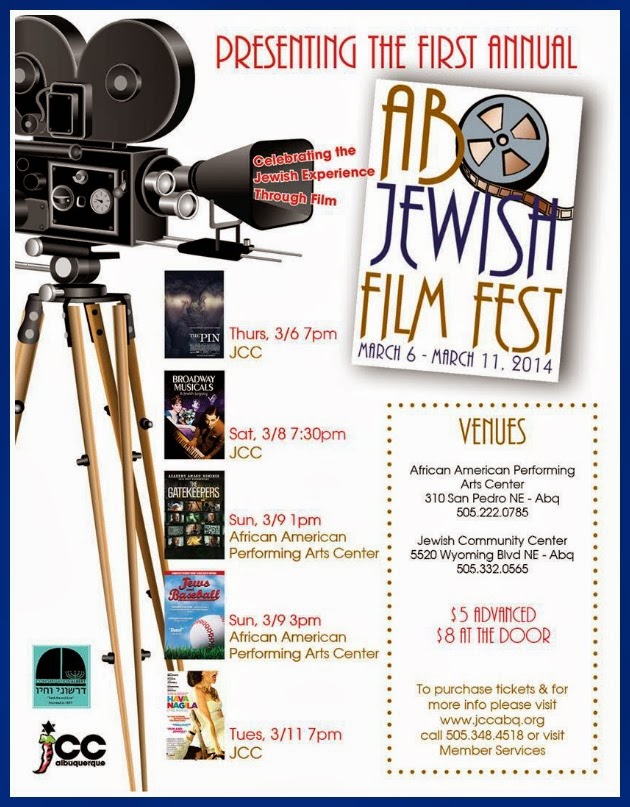 
This Canadian film about two young Eastern Europeans hiding in a barn during World War II, who speak Yiddish to each other. Naomi Jaye's script touches on delicate notes of make-believe and isolation to create a mood of unadulterated romance in a story that combines the heartbreak of first love with a more deeply felt trauma. Don't miss the Skype interview with the director directly following the film. 85 minutes (in Yiddish with English subtitles)


Engaging, humorous, and provocative this film examines the unique role of Jewish composers and lyricists in the creation of the modern American musical. The film showcases the work of legends such as Irving Berlin, Jerome Kern, George and Ira Gershwin, Lorenz Hart, Richard Rodgers, Oscar Hammerstein II, Leonard Bernstein, and Stephen Sondheim, which provides insight, alongside standout performances and archival footage. 84 minutes.


Academy Award Nominee Best Documentary, 2012. This Israeli film provides an unprecedented look inside Israel's Secret Service, featuring interviews with 6 former head of the Shin Bet. Shin Bet has dealt with conflict amid the quest for peace for nearly 50 years. For the first time, these men discuss the challenging truths and consequences of their counterterrorism mission. 101 minutes


This acclaimed US documentary is narrated by actor Dustin Hoffman and highlights the contributions of Jewish Americans to the most American sport of them all: baseball. Enjoy a rare interview with legendary pitcher Sandy Koufax and commentary from Larry King, Ron Howard, Al Rosen, Shawn Green. 91 minutes.


It is instantly recognizable musical shorthand for anything Jewish, a happy party tune that you dance to at weddings, bar mitzvahs and even at Major League Baseball games. It carries with it an entire constellation of history, values and hopes for the future. In its own way, Hava Nagila encapsulates the Jewish journey over the past 150 years. It also reveals the power of one song to express and sustain identity, to transmit lessons across generations and to bridge cultural divides and connect us all. 73 minutes.


These excellent films celebrate the Jewish experience while illuminating the human experience.

And Dave Simon, Executive Director of the JCC adds:


The JCC is excited to help build our city’s reputation as a hot-bed for film. The themes of the Festival films have wide appeal to interest all audiences.

And Abq Jew throws in:


These are all very good films, and it's great that the JCC and Congregation Albert are bringing them to the Abq Jewish community!