Children of the Inquisition

A Film by Joseph Lovett: We New Mexijews are all too familiar with the stories of conversos, crypto-Jews, and anousim who have hidden for centuries in the Outback of the Old Spanish Empire in America - northern New Mexico and southern Colorado.

But the stories must be told.

Stanley M Hordes's To the End of the Earth: A History of the Crypto-Jews of New Mexico greatly encouraged the storytellers. And now Abq Jew has learned of a new project - and the development of an important film - that will enable more stories to be heard.

Children of the Inquisition follows descendants of the Spanish and Portuguese Inquisitions as they unravel their complex - often hidden - Jewish identity.

Unearthing their own families’ flights to safety over 500 years brings the characters to a fuller understanding of how their lives were shaped by a perilous history. 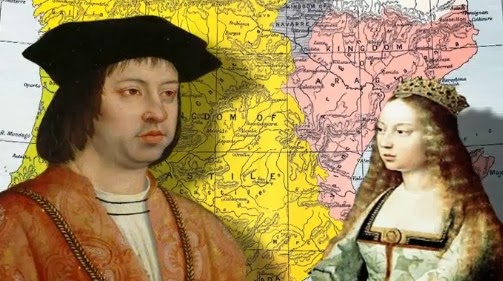 
Children of the Inquisition follows a group of descendants of the Jews persecuted during the Spanish and Portuguese Inquisitions, each on a quest to determine and embrace their distant Sephardic Jewish roots. We will use their individual and family journeys to reveal a history of masked and buried identities created by the torture, forced conversions and secrecy of the Inquisitions and ensuing diaspora; and explore how the profound historical, cultural and personal impacts of these events can still be felt in our 21st century world.

It is a story that can only recently be told because for centuries, the fear of discovery and persecution was so great that converted families did not want to admit to a drop of Jewish blood in their lineage. But in the past few decades, a new openness has occurred. Relaxed Church policies, government actions, access to genealogical and historical research and ever-developing technology are giving descendants the opportunity to discover their Jewish heritage. Many are even reclaiming and celebrating this part of their identity that was stolen from them hundreds of years ago. 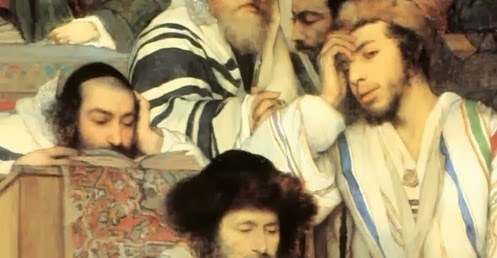 The film is right now being developed - it's still a project, not yet a finished product. The filmmaker, Joseph Lovett, is open to your ideas, your views, and - most of all - your testimonies.


The characters in our film are from different countries and are at various stages in their relationship to their Jewish identity. Some, whose families fled Iberia 500 years ago, were raised as traditional Jews, while others, whose ancestors converted, never imagined the secrets hidden in their family tree. They are all asking life-changing questions about who they are and where they come from. The answers they find are leading them back to the 15th and 16th centuries.

As director, Joseph Lovett will join them around the world as they uncover evidence of their Jewish heritage—in town cemeteries, long-practiced family rituals, even in their own genes. They will each grapple with how this heritage influences how they define themselves and how others define them. Each character’s unique story will highlight the rich diversity of experience within Jewish culture and together, provide multiple perspectives for our audience to connect with and learn from.

We believe the project will move people to explore their family origins.

For those on the trail of Sephardic roots, or others who may be unaware of their lost Jewish identity, our multi-platform project will offer windows and connections to that community.

We will invite the public to contribute their own stories to our project, exchange experiences and perspectives and make supportive connections.

We will, in effect, be building a wider and more inclusive Jewish community across the globe.

Children of the Inquisition will be celebrating its developmental launch on February 26 at - where else? - Congregation Shearith Israel in New York.

Also known as The Spanish & Portuguese Synagogue, Congregation Shearith Israel is America's first Jewish congregation. It was founded in 1654 by 23 Jews of Spanish and Portuguese descent. 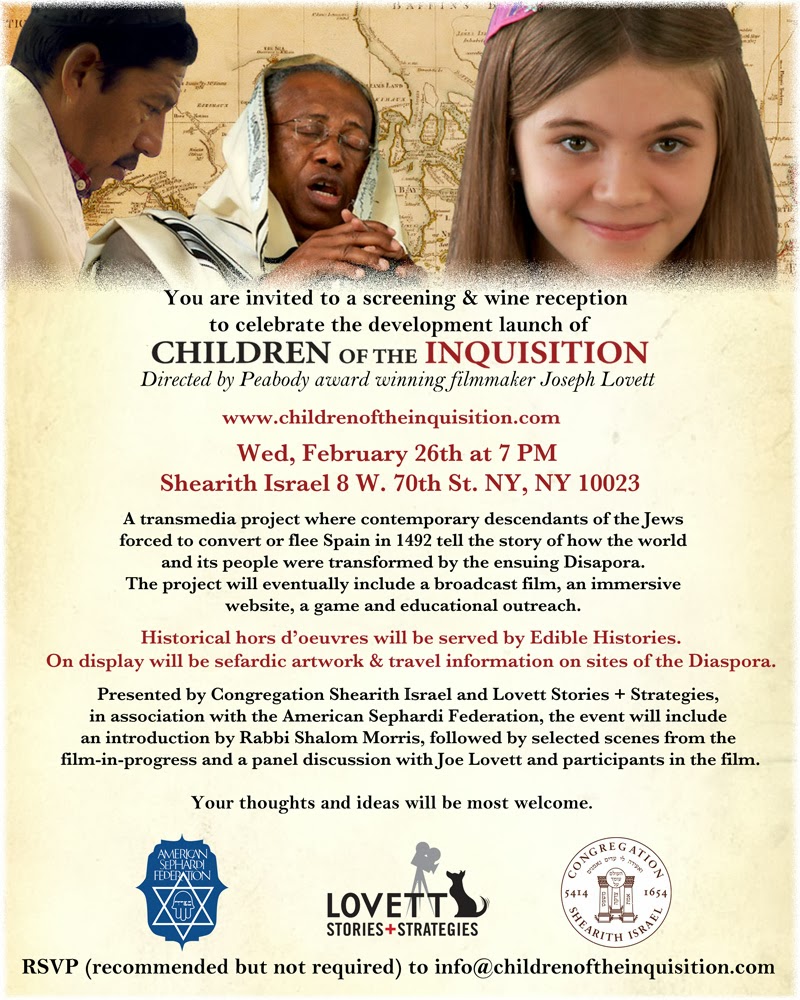 Want to learn more?  Here is the film's trailer: