Shabbat Nachamu: That Thing You Do!

First of Seven Sabbaths of Consolation: Following Tisha b'Av, there are seven prophetic readings of consolation - all from Isaiah - that comfort us after the Black Fast and prepare us, emotionally and spiritually, for the upcoming High Holidays.

In case you don't remember (or have never has vishalom seen the movie), TTYD! is a 1996 musical comedy that was written and directed by Tom Hanks.

IMDb enlightens us with this plot summary:


A Pennsylvania band scores a hit in 1964 and rides the star-making machinery as long as it can, with lots of help from its manager.

But Wikipedia (naturally) really helps us out:


That Thing You Do! is a 1996 musical comedy film written and directed by Tom Hanks. Set in the summer of 1964, the movie tells the story of the quick rise and fall of a one-hit wonder pop band. The film also resulted in a musical hit with the song "That Thing You Do".

Wikipedia goes on to give us a 5-paragraph-long very full plot summary, which you can read here. Or you can read Rotten Tomatoes' TTYD! review here. Or, for even more fun, you can peruse BuzzFeed's 15 Neat Facts About TTYD! here.

Or you can watch the official TTYD! trailer here.

The best part of TTYD! is ... well, the whole move is so good at evoking the innocence of youth, faded Polaroids of a time gone by, that there is no one "best" part.

Nevertheless - attention must be paid to the music, of which Wikipedia states:

In the movie, The Wonders rise to brief stardom on the strength of "That Thing You Do", a song written as a wistful ballad but which becomes an uptempo rocker during the band's first performance at a talent show. Written and composed for the film by Adam Schlesinger, bassist for Fountains of Wayne and Ivy, and released on the film's soundtrack, the song became a genuine hit for The Wonders in 1996 ....

The track was nominated for a 1996 Golden Globe Award as well as a 1996 Academy Award for Best Original Song. Mike Viola of The Candy Butchers provided the distinctive lead vocals for the Wonders. 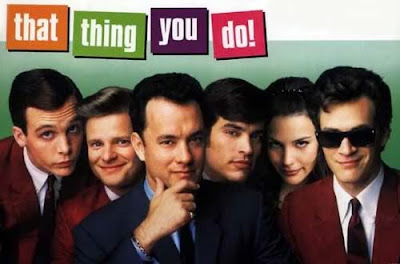 And the cast? Abq Jew will billy nader highlight them in future Sabbaths of Consolation posts. But for now - the cast (not even counting the plethora of cameos) includes, but is by no means limited to:
Abq Jew strongly encourages you to click on the musicians' and actors' links. You'll find that you've seen the actors in a hundred different roles, and you've heard the musicians' music on a thousand different soundtracks. 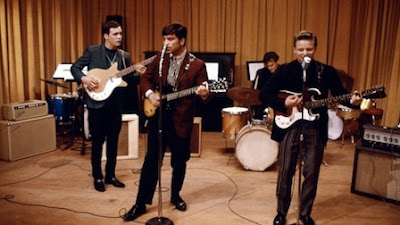 Join us next week - same time, same place - for another edition of


Sabbaths of Consolation - That Thing You Do!