Rabbi H's Rabbinic Journey: This is a blog post ... just right for the last days of July, as we all prepare to begin to start to think preliminary and tentative thoughts about the new APS school year, which will begin on Tuesday August 13.

As it turns out - school and education, teaching and learning are not just for the young.

And since the Jewish education of most Jewish adults ended when they were kids - there is plenty of room for these grown-ups to expand their knowledge.

But how? Abq Jew hears you ask.

And of course take a look at Abq Jew's page dedicated to Lifelong Learning at Congregation Albert. But then ... well, it gets complicated.

Rabbi Harry Rosenfeld of Congregation Albert explores some basic issues facing his congregation in his blog (YES! Rabbi H has a blog!), which you can find here. Rabbi Rosenfeld's got the copyright; all rights reserved.

With the reorganization of Congregation Albert's professional and administrative teams, I have taken over the responsibility for coordinating most of our educational offerings geared towards adults. I have spent much of the summer thinking about Jewish Education for Adults, and here is what I know:
With these as my guiding principles, I have examined the adult Jewish education programs of dozens of congregations from every branch of Judaism, and here is what I have found.
The questions which we have to answer are:
What I know and what I have found
are the guides by which Congregation Albert
will be developing its adult Jewish education program -
to answer these questions over the coming years. 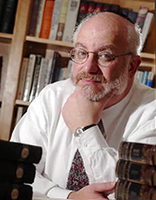 Rabbi Harry L. Rosenfeld became Rabbi of Congregation Albert on July 1, 2011. He was born and raised in Cleveland, Ohio and received a Bachelor of Science degree from John Carroll University in 1976. He received a Master's degree in Hebrew Letters from Hebrew Union College-Jewish Institute of Religion in Cincinnati, Ohio in 1980, was ordained in 1981, and received the Doctor of Divinity, honoris causa in 2006.

He has also pursued course work in the Jewish Studies doctoral program at Spertus Institute of Judaica. After ordination he served as Assistant Rabbi in Memphis, Tennessee (1981-1984), Rabbi of Congregation Beth Sholom in Anchorage, Alaska (1984-2000), and Senior Rabbi of Temple Beth Zion in Buffalo, New York (2000-2011).

He was honored by the Alaska State Legislature in 1994 for his community work against racism and again in 2000 for his 16 years of service to the people of Alaska. He served on the board of the Interfaith Council of Anchorage, which named their annual interfaith service award in his honor.

How about using the Five Books of Moses as an historical text and timeline to teach what comprises a history of the world that it describes, with the practical day-to-day considerations that fill in the interstices of the larger events?

PS - Gosh, I hope the above is tame enough to gain blog author approval.