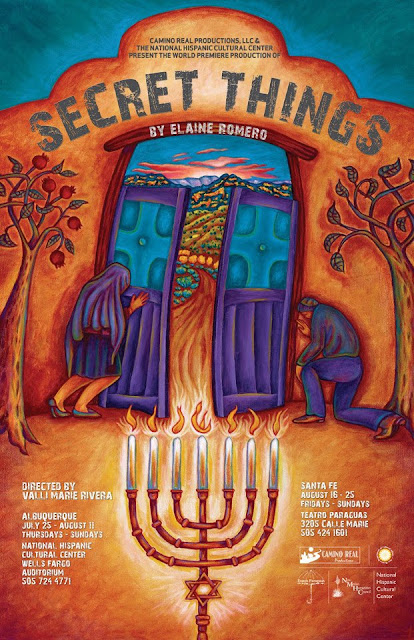 Secret Things tells the story of Delia, a Time Magazine writer in the 1990s sent on assignment to her native New Mexico to do a story that will quash the rumors her skeptical editor has been hearing from someone in New Mexico about Crypto-Jews.

While researching the story in Albuquerque and Santa Fe, Delia starts having strange thoughts and dreams and finds herself transported to a mythical land called Sephardia, through which she comes to experience and learn about her own family’s secret past.

Secret Things shows what happened after that -  when, in 1492, Jews and Moors were expelled from Spain.

Many relocated to the New World to escape the Inquisition and some of their descendants ended up in New Mexico. 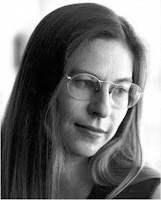 Playwright Romero is not from New Mexico, but her grandmother was born in Barelas, just blocks from where the National Hispanic Cultural Center is now.

In the 1990s, while doing research on another play in the Archives in Santa Fe, she encountered State Historian Stanley Hordes, the leading expert on the subject of crypto-Jews in New Mexico.

That encounter led, eventually, to the realization that her New Mexican ancestors had been crypto-Jews.

Secret Things is the result of that chance encounter.

Want to learn more? You can read David Steinberg's Sunday Albuquerque Journal article here. Gabby Friedman's 2005 article in the Jewish Journal is here. And you can find information about the Teatro Paraguas production here.

And about the Secret Things poster: It's by artist Pola Lopez, and YES! you can acquire your very own giclee print!: 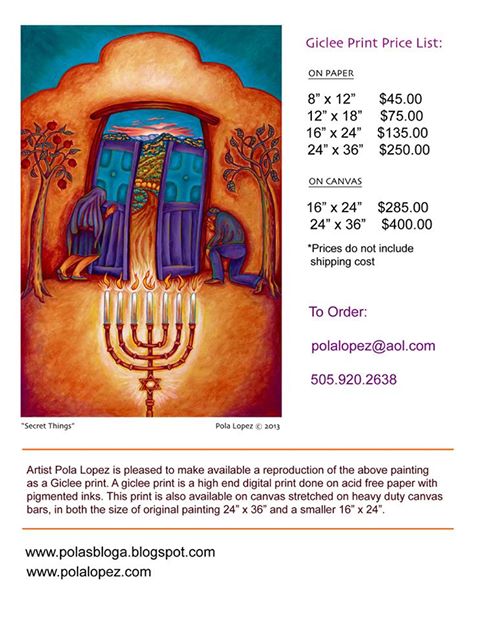 Camino Real Productions, LLC is an Albuquerque-based theatrical and radio theatre production company founded by Linda López McAlister in 2006. It is one of the theatre companies in residence at the National Hispanic Cultural Center, a division of the Department of Cultural Affairs, dedicated to the promotion and preservation of Hispanic art and culture at the local, state, national, and international levels.