On Tisha b'Av: This is an essay ... especially for Tisha b'Av ... by Rabbi R. Karpov (see Preparing for Shavuot). Rabbi Karpov's got the copyright; all rights reserved.


A collective scream
that's echoed down through history:
Our People's Hiroshima Day.

On 9 Av, historically the same date that the Babylonians destroyed the first Beith HaMikdosh (Sacred House – the Temple), the Romans razed the entire sacred city to the ground and ploughed it over. On this same date in 1492, Spain drove its entire Jewish population out into another great exile from yet another home. The memory of this terrible destruction and defilement is a collective and primal scream that has echoed throughout history, for the last two millennia.

All of us who have reached the age of majority fast on 17 Tammuz and on 9 Av. We do not even rinse our mouths with water. (In case of illness, G-d forbid, consult a Rabbi.)

These Three Weeks commemorate a period of grieving concerned mostly with the destruction of the Beith HaMikdosh, our Holy Temple, the focus of our collective sanctity. This time-period is the Jewish remembrance of our equivalent of the Navajo Long Walk or the Cherokee Trail of Tears; or Japanese Hiroshima Day; or the Rape of Nanking.

KhaZa”l, our Sages, say that the Temple was destroyed because of sinas chinam – gratuitous hatefulness – among the people; and for me this year, part of what I am grieving is that brokenness of social contract. 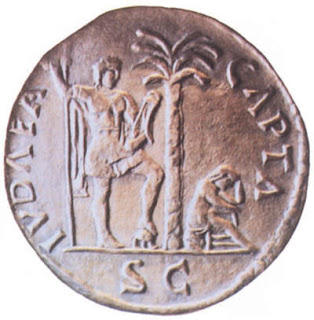 Tishah b'Av, 9 Av, is called The Great Black Fast. Like Yom Kippur, Tishah b'Av lasts from eighteen minutes before sunset on the prior evening (this year, Monday) until the appearance of three stars (as on Motzei Shabbos -- the end of Shabbat) on the day itself.

As on Yom Kippur, we would abstain from eating; drinking (if the heat is very bad, and one has to, the “out” would be taking in water in sips), bathing (except minimal washing of hands after answering a call of nature), fragrance anointing, and from sexual relations, as we fast from sunset to sunset – a little over 24 hours. We would also wear footwear only made of any material other than leather; but if we find it really impossible to walk on the street in those shoes, we may wear leather ones, then remove them as soon as we arrive home.

In my experience, one of the reasons that Jewish people have difficulty with fasting as part of our spiritual practice, is because we no longer are familiar with how to do so. Particularly in these summer fasts, and in the early autumn during Yom Kippur, it is not the lack of food that causes discomfort to the point of distraction, so much as the lack of water and the ensuing dehydration.

I learned from the Hasidim in Chicago how to fast. If we eat soup and melons before beginning a fast, the water from these passes through our systems in a time-released manner. I hope that knowing this helps you for both the fasts of 9 Av, other future fasts such as Yom Kippur, as well.

Observances specific to Tisha b’Av – 9 Av, not shared with Yom Kippur, are as follows (and additional information is available online):
We limit study of religious texts to those that enhance and reflect the day's mood: Lamentations and Job, and other texts referring to the destruction of Jerusalem, the Place of Holiness, beyond itself an archetype of innocence assaulted by cruelty.

Like mourners, especially during the reading of the Megillah of Eichoh (Lamentations), and Kinot (mournful poetry), we sit on the ground or on low stools. It is customary that the physical space we are in be lit more dimly than usually: With either candles, flashlights, or only sufficient light to follow the text.

According to Rabbi Jacob Goldberg, who taught Structured Bereavement Counseling for the specific kind of grieving that happens in the face of sudden, unforeseen, traumatic death, said in 1991 when I took his course, “People need to grieve; and the Kennedy funeral’s making ‘salute your daddy’ the U.S. role-model, did the American people untold damage.” Rabbi Goldberg was called in to help the surviving relatives after the horror of the Pan Am flight over Lockerbie, Scotland. 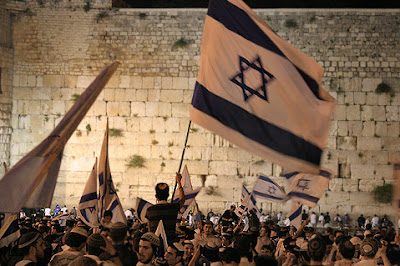 Moshiach is not yet here, and the assault on innocence is, and should be, an ongoing concern, not something we can callously brush aside with an attitude that people who are sensitive to human suffering are somehow “less evolved.” At the same time, Isaiah 66:10 assures us that “One who mourns Jerusalem will merit to see her happiness.”

My sense is that -


The continuing spirits of Those of Generations Past
for whom you have made a place in your lives
honor you and shower you with their blessings.

''The continuing spirits of Those of Generations Past
for whom you have made a place in your lives
honor you and shower you with their blessings.''

This is beautiful, sends shivers down my spine, and tears to my eyes. Thinking of my Russian Jewish great grandparents who came to the UK in the late 19th century....my grandmother to who whom I was so close.....my grand aunt Mary after whom I was named. Thank you, Rabbi.....this will be copied out and kept.