Gay Marriage and the Conservative Movement: If you have never heard - or heard of - Rabbi David Wolpe, Abq Jew thinks that this is the issue, and this is the moment. 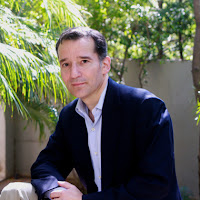 Named the most influential Rabbi in America by Newsweek Magazine and one of the 50 most influential Jews in the world by the Jerusalem Post. David Wolpe is the Rabbi of Sinai Temple in Los Angeles, California.

He previously taught at the Jewish Theological Seminary of America in New York, the American Jewish University in Los Angeles, Hunter College, and UCLA.

Rabbi Wolpe’s work has been profiled in the New York Times, and he regularly writes for many publications, including The LA Times, the Washington Post’s On Faith website, The Huffington Post, New York Jewish Week, and many others.

He has been on television numerous times, including the Today Show, Face the Nation, ABC this Morning, and CBS This Morning. In addition Rabbi Wolpe has been featured in series on PBS, A&E, the History channel, and the Discovery channel.

As noted above, Rabbi Wolpe writes regularly for The Jewish Week. A recent "Musing," The Success of Failure, caught Abq Jew's eye. Here it is, in its entirety. (You can also find it here.)

The Success of Failure
by Rabbi David Wolpe

There is no achievement without obstacles and no triumph without reversals. Failure, said Churchill, is not fatal. He would know: Although we reckon Churchill an astounding success, he was voted out of office and despondent in the years before becoming Prime Minister of England. When in the hospital he lost his place in Parliament, writing later: "In the twinkling of an eye, I found myself without an office, without a seat, without a party, and without an appendix."

Every great leader from Pericles to Lincoln was thought a failure by many who surrounded him or her. Abraham and Sarah, Jacob and Rachel — all suffered setbacks. Korach rebelled because he thought Moses a failure, a view that was shared by many in Israel.

The measure of human character is our reaction to dark times and not the frequency of failure itself. No one can sidestep darkness. Rabbi Aharon of Apt taught that darkness is the throne upon which the light sits. If a soul has not known sadness and struggle there is no chance of overcoming, no cherishing the dawn.

Churchill once explained that, "success is stumbling from failure to failure with no loss of enthusiasm." Life is filled with losses, rupture, wreckage; but also with lessons and hard won wisdom. Blessed are the failures that help us grow. 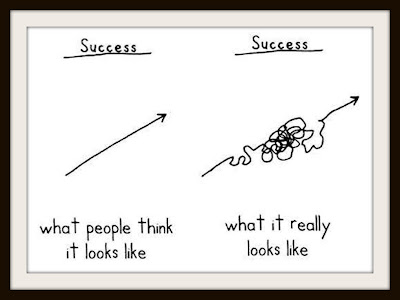 Abq Jew is sure that Rabbi Wolpe is thinking a lot about the paths toward success and away from failure these days. Why? Because Rabbi Wolpe has taken a strong stand in favor of consecrating gay marriages within the Conservative movement of Judaism.


Sinai Temple is a Conservative Jewish congregation perched on a hill in Westwood, famous for its wealth, its sizable population of Persians, many of whom fled Iran after the fall of the shah, and a well-known and outspoken rabbi who has at times pushed his congregation on ideologically adventurous paths.

So it was that three weeks before the Supreme Court cleared the way for same-sex marriage in California, the rabbi, David Wolpe, announced in a letter to the synagogue that gay marriages would be performed in this 107-year-old congregation, as soon as the court ruling he anticipated was handed down.

Celebrating same-sex marriages is hardly a new stand for Conservative Jewish congregations. But the decision in this distinctive synagogue has set off a storm of protests in recent days, particularly from Persian Jews, reflecting not only the unusual makeup of the congregation but also the generational and cultural divisions among some Jews over how to respond to changing civil views of homosexuality.


The synagogue is an anchor of the Los Angeles Jewish community, and Rabbi Wolpe himself is such an entrenched figure there that there seems little chance that its existence, or his tenure, is endangered. Still, the argument within the congregation offered a striking contrast to the images of gay couples across this state rushing to be married, reflected in smiling faces in newspapers and on evening television.

Many of the Persian families have decided to


either leave the synagogue or withdraw their children from its school, to protest a policy they denounced as a violation of Jewish teachings and the traditions they had brought here when they fled the Iranian revolution of 1979.


"I’ve been wanting to do this for a long time. I was doing it on my internal timetable in the synagogue, which was to try to bring people along slowly because I knew this would be very difficult for many people."

"I think it’s the most controversial thing I’ve ever done or will do."

In laying the groundwork for the new policy over the past months, the Times reports, Rabbi Wolpe led a series of classes and workshops.


"This is an important and fraught topic — people have very passionate feelings about it,” he said, opening the final one of the meetings. Moments later, the rabbi was challenged by a young Persian man asking why the synagogue should not simply refer to gay marriage as “a sodomy contract.”

To fully comprehend Rabbi Wolpe's reasoning - and conviction - Sinai Temple has posted the audio of that final meeting. The recording (including the Q&A) goes on for over an hour, and Abq Jew was able to listen to the full range of Rabbi Wolpe's arguments.

To be clear - Rabbi Wolpe demonstrates, quite forcefully and openly, the strengths of the Conservative movement's doctrine of Tradition and Change.

In his presentation, Rabbi Wolpe identifies five major Jewish positions on gay marriage (this is Abq Jew's interpretation):
Rabbi Wolpe - and the entire clergy team at Sinai Temple - come down very strongly for Position 4. In doing so, these brave clergy reiterate and reinforce the Conservative movement's support for Tradition and Change.

To the Orthodox, there is only Tradition. This is an intellectually whole and consistent point of view. But to the Conservative movement, Tradition has always been coupled with Change; witness Hillel's Prozbul and the many rulings of Rabbenu Gershom.


There is no achievement without obstacles and no triumph without reversals.