Corrie Remembers:  Sandager Presentations and Albuquerque's Aux Dog Theatre are honored to present Corrie Remembers, a powerful one-woman dramatization by Susan Sandager, who portrays Corrie ten Boom, a Christian woman who hid Jews in her home during the Holocaust. 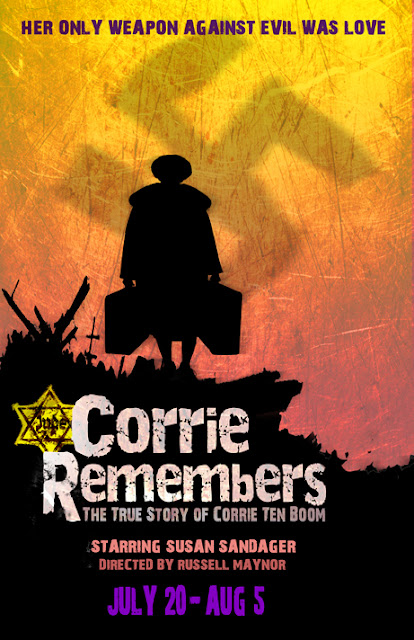 Through this moving presentation, Corrie will challenge and inspire you to examine the meaning of living a life of faith.

Many people have heard the story of Corrie ten Boom through her book, The Hiding Place, and the motion picture released by the same name. It is the story of a Dutch Christian family that helped hundreds of Jews escape the Nazi extermination camps.

When Corrie ten Boom was miraculously released from the Ravensbruck concentration camp during World War II, she began telling her story to anyone who would listen.

Dressed as Corrie in the eighth decade of her life, Susan Sandager retells the story of the ten Boom family, melting both Christian and Jewish hearts with this presentation about a family of faith, courage, and love.