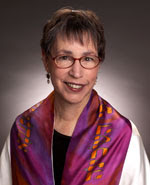 What’s a Jewish family today?  What makes a family Jewish?  We’ve come a long way from the norm of a Jewish mom and a Jewish dad living together, married, raising Jewish children.

That family constellation, of Morris and Sadie, with their children Abe, Marvin, Ethel and Frieda gathering around the Shabbos table for a kosher chicken dinner every Friday night, with occasional visits from Bubbie and Zayde who lived not too far away, is a rarity now.  The talk will discuss issues of geographic diversity, ethnic diversity, religious diversity and great variety of familial configurations that make up the majority of Jewish families today.

Rabbi Min Kantrowitz is the Director of the Jewish Community Chaplaincy Program of Jewish Family Service of New Mexico, which provides spiritual support and pastoral care services to thousands of unaffiliated Jews.

Rabbi Kantrowitz also directs the Albuquerque Community Chevre Kaddisha, facilitates grief support groups and conducts Healing Groups for Jewish survivors of domestic abuse. She is a sought after speaker and teacher, having conducted services, workshops and lectures in Europe, California, Montana, Arizona, and across New Mexico.

She received her Rabbinic Ordination in May 2004 from the Academy of Jewish Religion in Los Angeles.  In addition, she holds a Bachelors Degree in Psychology and Masters Degrees in Psychology, Architecture, and Rabbinic Studies, as well as a Masters of Science in Jewish Studies.