One of Our Boys:  The most interesting thing about the man who plays The Most Interesting Man in the World, in those TV ads for Dos Equis beer, is that he is interesting, too, perhaps even superlatively so. His name is Jonathan Goldsmith. 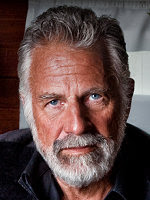 And, from Jew or Not Jew:

His yarmulke is the same one that Moses wore. Because he once lent it to Moses.

Before he joined the fighting, it was known as the 14-Day War.

When he tells people "G-d bless you" after they sneeze, G-d actually listens.

He is The Most Interesting Jew In The World.


Jonathan Goldsmith ... is an American actor. He began his career on the New York stage, then started a career in film and television. He appeared in several TV shows from the 1960s to the 1990s. He is best known for appearing in television commercials for Dos Equis beer, beginning in 2007, as the character The Most Interesting Man in the World, in which he speaks with a distinctive deep voice inspired by his deceased sailing partner and friend Fernando Lamas.

Jonathan Goldsmith was born on September 26, 1938, in New York. His mother was a Conover model and his father was a track coach at James Monroe High School. He was raised Jewish. Goldsmith left home at 17 to attend Boston University to pursue a career in acting.

Beginning in April 2007 and continuing, Goldsmith had been featured in a high profile television ad campaign, promoting Dos Equis beer. The campaign, which transformed Goldsmith into "the most interesting man in the world", has been credited for helping to fuel a 15.4 percent sales increase for the brand in America in 2009 and also made him into a very popular meme ("an idea, behavior or style that spreads from person to person within a culture").

For the infinitesimally small chance that you don't know about what or whom Abq Jew is talking - here is a compilation of The Best of The Most Interesting Man in the World: 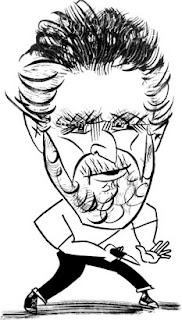 People hang on his every word ... even the prepositions.

Want to be just like him? Dos Equis has thoughtfully developed The Most Interesting Academy to help you.

At museums, he’s allowed to touch the art.

Sharks have a week dedicated to him.

He once had an awkward moment, just to see how it feels.

The police often question him, just because they find him interesting.

As Nick Paumgarten tells us: The Most Interesting Man in the World, it turns out, is a Jewish guy from the Bronx.

This Weekend in Jewish Albuquerque