By Anne Garcia-Romero. As Abq Jew was thrilled to announce back in May: Camino Real Productions, LLC and Albuquerque's National Hispanic Cultural Center are honored to present the world premiere of Paloma by Anne García-Romero, a contemporary play inspired by The Ring of the Dove, a medieval Spanish Muslim treatise on love. 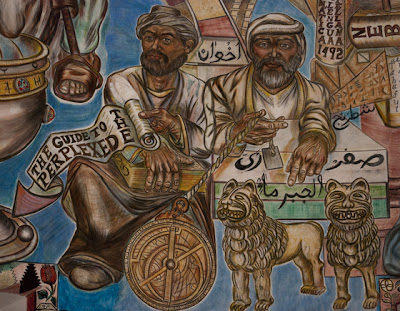 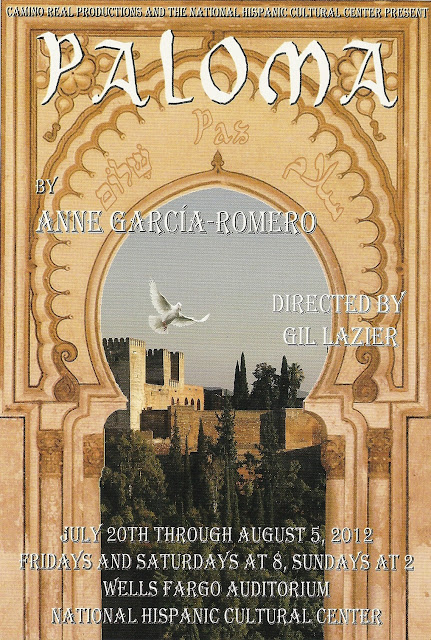 When writing the play, Anne Garcia-Romero was intrigued by the notion of convivencia:

Paloma is the beginning of the playwright's answer. 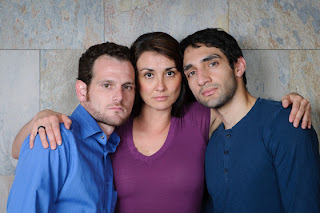 Paloma explores the lives of Ibrahim, a Moroccan-American and practicing Muslim, who falls in love with Paloma, a woman of Puerto Rican descent and nominal Catholic, while they study ancient Muslim Spain at New York University in 2003. The couple soon travels to Spain where they grapple with their religious differences. The play also toggles between various months in 2004 as Ibrahim and Jared, his friend and lawyer who practices the Jewish faith, face legal ramifications resulting from Ibrahim and Paloma's relationship. In a way, this play is my prayer for greater coexistence in our present age.


With economy and grace, Anne García-Romero has crafted a gentle romance against the harsh backdrop of religious and ethnic conflicts. The story of Paloma and Ibrahim is so compelling and rich that we are reminded of those other romances of literature where tradition, racial strife, and social and religious barriers conspire to separate young lovers who belong together. Perhaps the biases that prevent the Montagues and Capulets from supporting their children's love are not so different from those of the Ahmed and Flores families. So as this play speaks of today's issues with a current voice, and searches for a time in history when these problems might have been resolved with equanimity, we are prompted to understand a little better our own biases and those of our neighbors.

You can read the Albuquerque Journal's review of the play here. And the July issue of abqARTS.com has an article about the play here.

This is a professional production starring Lena Armstrong as Paloma, Abraham Jallad as Ibrahim, and Ron Weisberg as Jared Rabinowitz, directed by Gil Lazier, with set and lighting design by Richard Hogle.

There will be a lecture on la convivencia before each matinee. After each performance, there will be a talk-back about the issues of peaceful coexistence the play raises. You are invited to become part of the conversation.