A Royal Wedding for Shavous!

It's Gonna Be A Busy Weekend: After Passover but before Lag B'Omer - during the first 32 days of the Omer - we Jews traditionally don't do weddings. That time is observed as an undelightful period of semi-mourning. 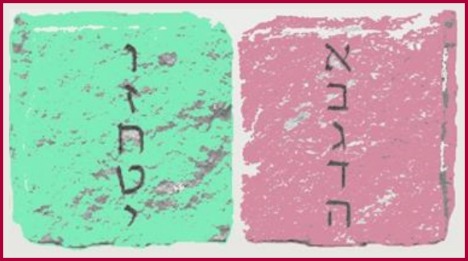 On and after Lag B'Omer, however - we do. Especially just before Shavuos (aka Shavuot), the Holiday of Weeks, which is also the Holiday of the Giving of the Torah. Which is also seen as a mystical wedding - with The Holy One, Blessed Be He as groom and the People Israel as bride. 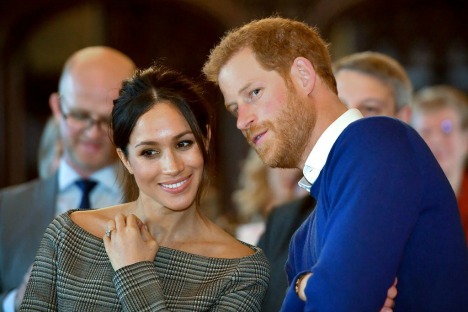 Thus it is altogether fitting and proper that Prince Harry and Rachel Meghan Markle - who are neither (as far as Abq Jew and world media can tell) neither Jewish nor mystical - to choose Shavuos weekend (alas, Shabbat BaMidbar - the Shabbos just before) to pledge their troth.


Did you know that it's a mitzvah to entertain and
give joy to the bride and groom? Of course you did!
Well, here we go! 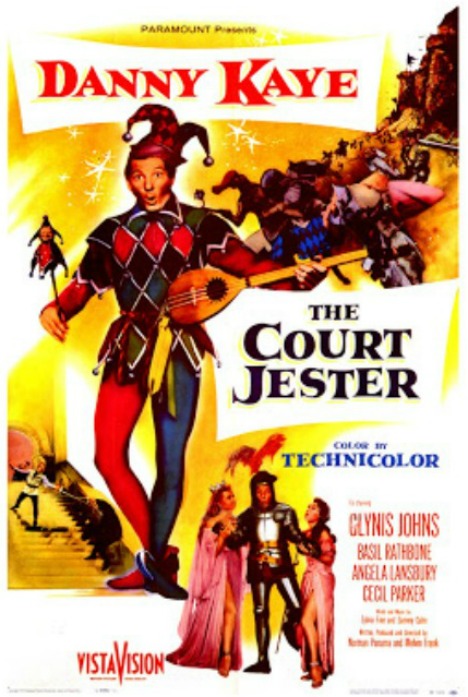 Starting with The Court Jester, which Abq Jew first wrote about (see The Pellet with the Poison) way back in 2012. Yep, it's got your royalty, your palace, your jokes, your mayhem, and your ... security concerns.


The Court Jester stars Danny Kaye, "Mr Versatility", as a carnival performer who becomes part of a plot to overthrow an evil king.

Abq Jew is sure you'll love this film.  All you have to do is remember:

The pellet with the poison's in the vessel with the pestle; the chalice from the palace has the brew that is true!


But wait!  There's been a change: they broke the chalice from the palace! The pellet with the poison's in the flagon with the dragon; the vessel with the pestle has the brew that is true! Just remember that! 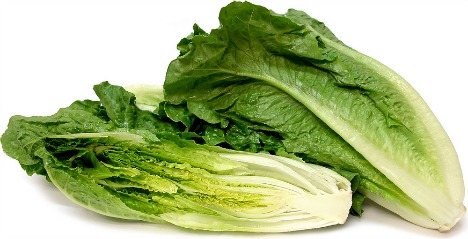 NBC News (et al) is happy to report that

Contaminated lettuce is now past its shelf life.

Let the caterers of the New World rejoice!

We Jews tend to think of Romania in other terms, however.


Oh Romania, Romania!
Where can you find another place,
a land as sweet, as nice, as beautiful?
Living there was a pleasure, whatever your heart desired
was within reach: mamaliga, pastrami, carnatzl sausage,
and a glass of wine...

These are the opening lines of Aaron Lebedeff's celebrated yiddish paean to that land - his song Romania Romania. Lebedeff wrote the words and the music and first recorded the song for the Vocalion record label in 1925.

Before - of course, before, well before - the horrible events that Abq Jew described in Remembering the Iasi Pogrom.

But it's a wedding! We're supposed to be happy!

Still, the groom smashes a wineglass before the mazeltovs ..... 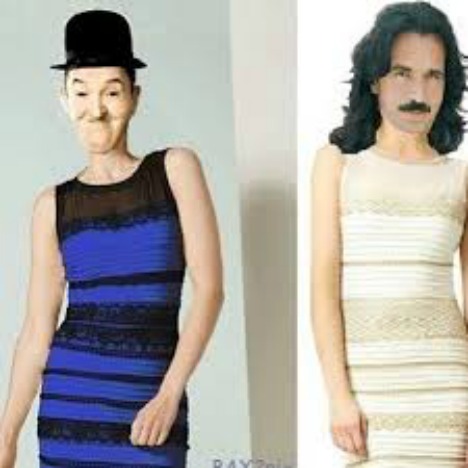 If you missed out on the famous Internet Question What Colour Is This Dress? - you're still in time (just) for Do You Hear "Yanny" or "Laurel"?.

Abq Jew is thrilled to report that Chabad - yes Chabad! of course Chabad! - has intelligently connected the ear hearing two different words with Israel's experience at Mt Sinai. (Blogger Jew In The City (Allison Josephs) also picked up on this.)

Two simple words took the world by storm on Tuesday evening. People melded into small groups, intensely holding their phones to their ears. “What do you hear?” they asked each other.

“Yanny,” said one with conviction.

“You’re joking, right?” said the other. “I clearly hear Laurel!”

The words are so distinct it’s hard to imagine that the other person hears something different from what you are hearing. But it’s true!

It did not take long before YouTube commentators and audio mavens were explaining how it is all possible, and playing the clip on different devices or even changing the frequency settings on a single device could convert Laurel to Yanny and back again.

It was like the blue-white-gold dress kerfuffle all over again.

This immediately brought to mind a verse from Psalms: “G‑d spoke one [thing], I heard two.”

When did G‑d speak but once, yet two distinct words were heard?

By Divine design, this all happened just days before the Jewish holiday of Shavuot, when we celebrate the Giving of the Torah on Mount Sinai. At that time, G‑d spoke the Ten Commandments to His people from Mount Sinai.

So what did G‑d say? Did he command that we keep the Shabbat or that we remember it?

The sages of the ancient Mechilta say that both are true. G‑d spoke just once but both words were heard. And as proof that such a thing is possible for G‑d, they cite our verse from Psalms: “G‑d spoke one [thing], I heard two.”

Oh - and while we're talking -

Internationally-known Ladino singer Sarah Aroeste (see Sarah Aroeste Sings in Albuquerque!) has brought all of the themes of this busy weekend together in her Shavuot song La Ketuba de La Ley (The Marriage Contract of the Law). It's from her September 2017 bilingual Ladino/English holiday album, Together/Endjuntos.


The Torah is a divine gift
Filled with wisdom and sweetness 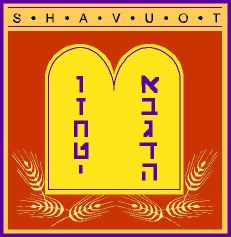 OK ... technically, it's one day of Shabbat followed immediately by a 2-day
(outside the Land of Israel) Yom Tov - in this case Shavuot, the Time of the
Giving of Our Torah. But in the vernacular, a 3-day Yontif is what it's called.