Yes, that ICE - US Immigration and Customs Enforcement, a unit of the US Department of Homeland Security. The ICE website tells us


U.S. Immigration and Customs Enforcement (ICE) enforces federal laws governing border control, customs, trade and immigration to promote homeland security and public safety. ICE was created in 2003 through a merger of the investigative and interior enforcement elements of the former U.S. Customs Service and the Immigration and Naturalization Service.

ICE now has more than 20,000 employees in more than 400 offices in the United States and 46 foreign countries.

But you, Abq Jew's loyal readers, already know about ICE. You watch the news on TV. So does Abq Jew. 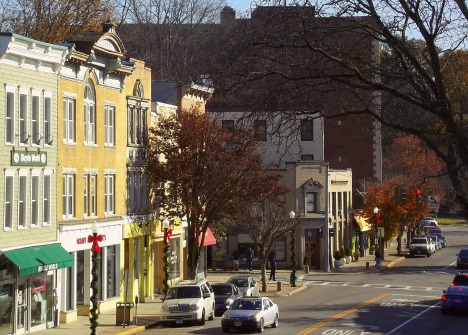 For those not from the Greater New York Metropolitan Area, Wikipedia tells us:


Mount Kisco is a village and town in Westchester County, New York, United States. The town of Mount Kisco is coterminous with the village. The population was 10,877 at the 2010 census.

It serves as a significant historic site along the Washington-Rochambeau Revolutionary Route.

Mount Kisco is socioeconomically diverse. Though most residents are middle to upper middle class professionals, Mount Kisco is home to a sizable number of working class Hispanic immigrants who primarily reside in the downtown core.

In contrast, sprawling estates and equestrian farms are to be found farther away from the center of town. Worth millions of dollars, these properties are occasionally of a historic nature, many dating back to the late 19th and early 20th centuries. 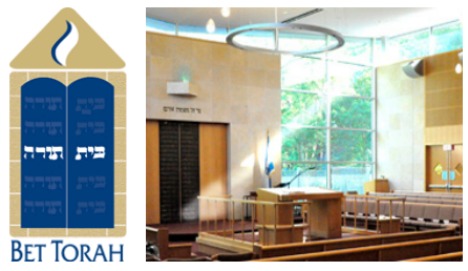 
So. In late March, just before we Jews celebrated Passover, the Holiday of Freedom, and just after ICE came for Armando, Abq Jew saw this message posted on the Facebook feed of one of Abq Jew's well-connected Facebook friends:


I’m completely devastated to learn that Armando, a beloved member of the custodial staff at our old synagogue, has been abruptly and cruelly deported.

He was at Bet Torah for 20 years. He was beyond kind to me and my family when we were living in Mt.Kisco. Making sure to know us and help when he could.

This is beyond cruel. What kind of country have we become? 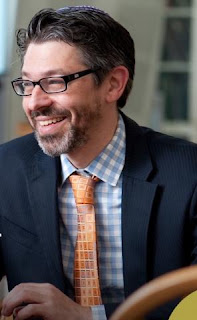 In response to Armando's deportation, Bet Torah's Rabbi Aaron Brusso wrote this letter (also on Facebook) to his congregation:

With tremendous sadness I am writing to inform you that yesterday Armando was deported to Mexico.

The first thing you need to know is that your response has been overwhelming. Because of the generosity of the Bet Torah community and numerous offers for legal assistance, Armando's family was able to secure representation and not hesitate to assume the cost.

Once in Immigrations and Customs Enforcement (ICE) detention things moved very quickly. The attorney worked very hard to file all the necessary papers and reach out to the ICE officer to make a case for a stay of Armando's deportation. The officer took a few days to get back to the attorney and before the process was complete, ICE had already approved his removal from the country.

Armando's family is in shock.

Armando was not allowed to gather his belongings, to say goodbye to his family, to make a phone call to them and the family was not notified by ICE that this would be happening. The only way they knew was because the attorney called the ICE officer who said that Armando was already in transit to Mexico. Last night they received a call from Armando for the first time since he left New York. ICE brought him over the border into Mexico and left him. Armando has no ID, no cell phone, no bank cards and no money. When I spoke to Armando Jr. last night he was not sure how his father was going to get to the village he is originally from.

In speaking to the attorney he made clear that in the past there was much more prosecutorial discretion, meaning that ICE would have seen a case like Armando's- no criminal record, almost three decades in the U.S., a family that relies on him and steady employment within an established community- and not made him a priority for removal. That is not the case these days.

The attorney is committed to continuing to work with Armando's family to pursue other avenues to reunite them. Because of the resources you provided, the family will be able to pursue these options.

And that was not the end of your generosity.

You should know that Armando's family will be hosted for seder by one of our Bet Torah families who reached out and offered seats at their table.

And your letters were unbelievable. Here is just one example:

Last year during our fall holiday of Rosh Hashanah, Armando proudly introduced me to his son, Armando Jr and told me that he had "grown up here at Bet Torah." I reciprocated, as I would with any member of our community, and shared pictures of my own children. Armando knows the names of the students and parents in our school; and our children and parents consider him part of our community.

One congregant who participated in a mentoring program for young men offered, that if Armando had to leave, he would be a mentor to his sons.

Our country could learn a lot from our Bet Torah community.

I will be thinking a great deal about the notion of citizenship and belonging at my Passover seder.

Because of an accident of birth, many of us acquired a status and acceptance that affords us all kinds of rights and privileges we take for granted on a daily basis. We should all be more cognizant of that status we did nothing to earn or deserve.

Our citizenship also reflects a certain value system that is represented in our country's behavior. How can we be the kinds of citizens that help our country become the best version of itself?

There is much more to say and hopefully to do but I wanted to make sure to update you since so many of you have reached out with concern and love for Armando.

A meaningful Passover holiday to you and your family. 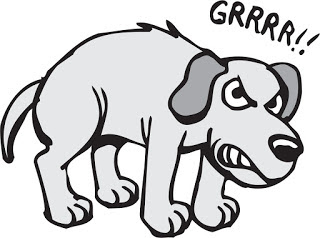 
Tell the story. Fight back.

Abq Jew immediately contacted Rabbi Brusso and offered to help in the best way he could: by telling the story on his Abq Jew Blog and elsewhere.

And Rabbi Brusso asked Abq Jew not to publicize these events, as sensitive negotiations were underway. And it would be best, Rabbi Brusso thought, to keep the story out of the public eye. 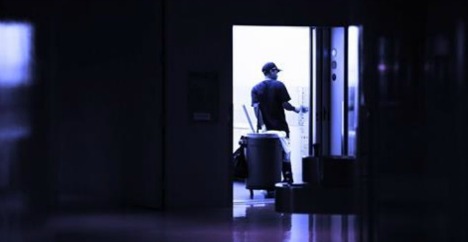 But now the story - without identifying family names - is out. It just appeared in the Forward, in an Opinion piece written by - Rabbi Aaron Brusso.

A week before the Immigration and Customs Enforcement officer told him he was going to a detention facility, Armando, our synagogue’s custodian for two decades, had come in to work on President’s Day to be there for my family as we held a small service to celebrate my son’s upcoming bar mitzvah.

Afterwards, as we ate lunch, Armando stood at a distance smiling. A week later, when I spoke to him in custody, he said through tears, “I have seen your son grow. I wanted to be there for the big celebration.”

My son, by happenstance of birth, is a United States citizen, and simply by reaching the age of 13 he becomes a full citizen of our religious community. Armando has worked and lived in this country more than twice as long as my son has been alive, has two boys of his own, no criminal record, steady employment and a community of hundreds of families who love him. Yet in an instant, he was taken away.

There is, of course, much, much more to the story. Click here to read Rabbi Brusso's article in the Forward. Toward the end, Rabbi Brusso writes


Recently, a delegation from my synagogue joined Armando’s son and flew down to San Diego to meet Armando in Tijuana. We wanted to be with him as he walked to the border to seek asylum. They told us that they did not have the “capacity,” and turned him away. We will try again soon. One thing is for sure: our community will not give up.

As I crossed back into the U.S. from Mexico, having left Armando behind, I handed over my passport to be scanned. For the first time I did so without pride. I was a citizen, but of what kind of country?

The irony is that in enforcing so callously the line between citizen and non-citizen, we don’t affirm, but actually cheapen, the meaning of citizenship. As citizens, we are all implicated in our country’s behavior. If human beings without our status can be treated, in our names, in such cruel and thoughtless ways, then of what value is our status?

The truth is that when Armando was taken, we didn’t just remove a father from his family and a member from a community, we deported a piece of our humanity as well. 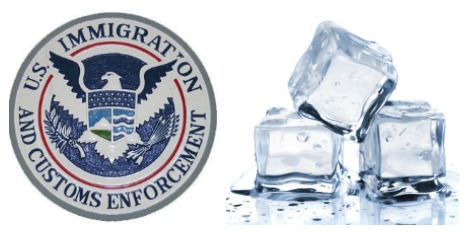