What Was That Middle Thing? Abq Jew was shocked - shocked! - to his core when he read three (3)! recent articles in The Washington Post on Monday morning.

Although all three (3)! articles were clearly labeled Perspective, Abq Jew was like, completely unable to reach any conclusion other than that, despite all evidence (especially recent evidence concerning the state of our democracy), 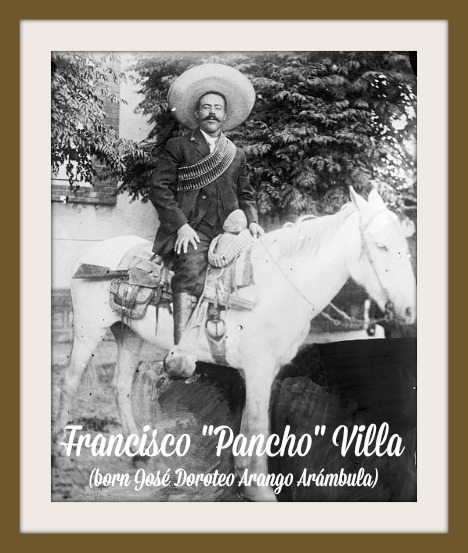 Let's start with Pancho Villa, shall we? Christopher Wilson, deputy director of the Wilson Center’s Mexico Institute, wrote a Perspective piece titled Five myths about the U.S.-Mexico border. It begins:


The remaining members of the much-discussed caravan of Central American migrants arrived in Tijuana, Mexico, last weekend to seek asylum in the United States. The event, and President Trump’s reaction to it, set off a new round of debate on the management and security of the U.S.-Mexico border.

In part, it’s a serious conversation about how to respond to migration trends, including fewer economic migrants from Mexico and more asylum seekers from Central America. But it is also laced with political rhetoric that is not always firmly grounded in the truth.


MYTH NO. 4: Terrorist groups are exploiting a porous border.


There has never been a successful terrorist attack on the United States involving the crossing of the U.S.-Mexico border.

Well, if we're talking about ISIS, Hezbollah, the Popular Front for the Liberation of Palestine - General Command, or any of the organizations listed here - technically, Mr Wilson is correct.

And Abq Jew acknowledges that one person's terrorist may be another person's freedom-fighter.

But we New Mexicans have long memories. And we all remember Pancho Villa's 1916 attack on Columbus, New Mexico as if it were yesterday. And as if we had all been there.


Columbus is a village in Luna County, New Mexico, United States, approximately three miles north of the Mexican border. It is considered a place of historical interest, as the scene of the attack in 1916 by Mexican revolutionary leader Francisco "Pancho" Villa, that caused America to send 10,000 troops there in the punitive Mexican Expedition.

On March 9, 1916, on the orders of Mexican revolutionary leader Francisco "Pancho" Villa, (Colonel) Francisco Beltrán, (Colonel) Candelario Cervantes, (General) Nicolás Fernández, (General) Pablo López and others led five hundred men in an attack against the town, which was garrisoned by a detachment of the 13th Cavalry Regiment.

Villa's army burned a part of the town and killed seven or eight soldiers and 10 residents before retreating back into Mexico.

United States President Woodrow Wilson responded to the Columbus raid by sending 10,000 troops under Brigadier General John J. Pershing to Mexico to pursue Villa. This was known as the Punitive Mexican Expedition or Pancho Villa Expedition.

The expedition was eventually called off after failing to find Villa, who had successfully escaped. The Pershing expedition brought prosperity and international attention to Columbus and a realization that war had come to the border of the United States.

Was this a purely terrorist attack? No, for it clearly had a military objective. Were the citizens of Columbus terrorized (which is not to mention, killed)? Yes. 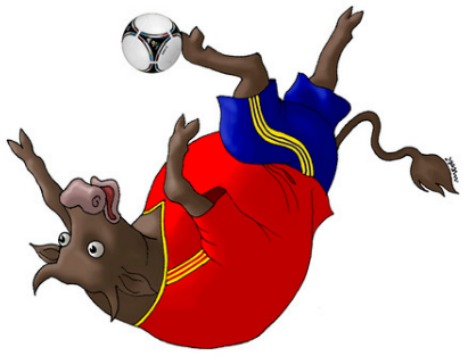 Let's move to the problem with the rapid expansion of professional soccer in America, shall we? Norman Chad wrote a Perspective piece with just that title. It begins:


When I was growing up in the late 1960s, playing kick drums, kickball and kick the can, I had a dream that one day there would be dozens and dozens of professional soccer teams in America.

Either way, it has come true!

I mean, I opened my bedroom window the other morning and saw a Major League Soccer franchise moving in across the street.

Now, I realize I missed something out there before the last presidential election, but what did I miss in the heartland that has fueled this ongoing soccer explosion?

Later on, Mr Chad takes a shot at the American (although not New Mexican) alien tradition:


I knew MLS was expanding too quickly when I saw it was putting a franchise in Area 51.

And then. Mr Chad makes the following dangerous and misleading statement:


Heck, if you could find a way to ensure more scoring and every single player on the pitch were packing heat, you would have a runaway success on your hands.

There would be 23 MLS franchises in Texas alone. 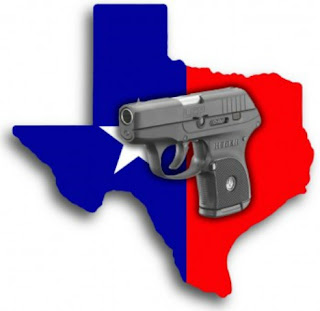 Now, Texas has contributed mightily to the United States of America, of which said state is, despite what you may have heard, a part. Think, if you will, of Willie Nelson, Kris Kristofferson, and Kinky Friedman. Think of Austin City Limits.

Abq Jew loves things Texas about as much as most sane, easy-going New Mexicans do. Which is to say, not much. Think, if you must, of Texas gun laws. Think of Texas abortion laws. 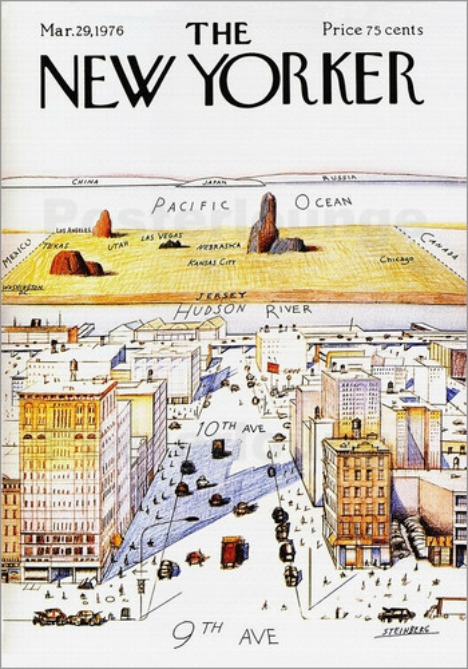 Abq Jew, for his part, would rather think about The New Yorker. It is, has always been, and, Billy Nader, most likely forever will be, his favorite magazine.

Sometime, in that or some adjacent era, Abq Jew recalls (or at least believes he recalls; the memory may have been implanted) that The New Yorker (Calvin Trillin?) proposed a cure for American soccer that neither threatened nor reinforced Second Amendment rights. 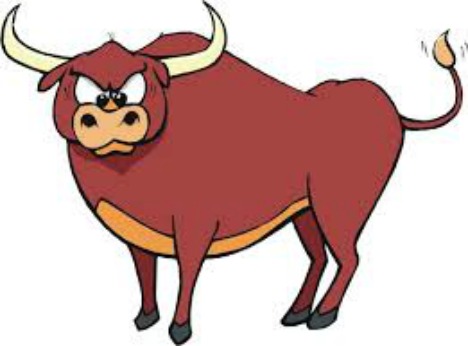 Simply turn a live bull loose on the field.
During the game.


Yes, the author proposed, and Abq Jew agreed,
that would really perk up both the players and the crowd.
Everyone would quickly start to pay attention.

FWIW: Abq Jew has Googled from here to Timbukto, but has not been able to find any reference anywhere to Bull Soccer, or anything that might link the concept thereof to either The New Yorker or Calvin Trillin. All offers of help accepted. 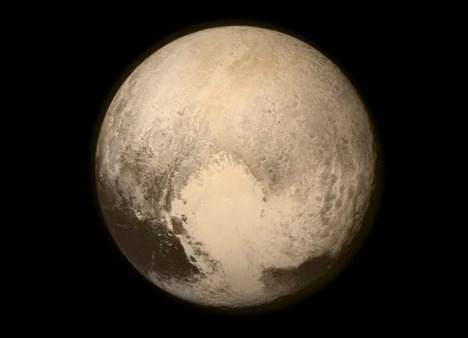 Let's end with Pluto, shall we? David Grinspoon and Alan Stern wrote a Perspective piece titled Yes, Pluto is a planet. It begins:


Three years ago, NASA’s New Horizons, the fastest spaceship ever launched, raced past Pluto, spectacularly revealing the wonders of that newly seen world. This coming New Year’s Eve — if all goes well on board this small robot operating extremely far from home — it will treat us to images of the most distant body ever explored, provisionally named Ultima Thule. We know very little about it, but we do know it’s not a planet.

Pluto, by contrast — despite what you’ve heard — is.

YES! Abq Jew hears you shout. We all remember when the International Astronomical Union (IAU), during their 26th General Assembly in 2006, in a clear case of Anti-Planetarianism, defined the term "planet" to specifically exclude Pluto.


Why do we say this? We are planetary scientists, meaning we’ve spent our careers exploring and studying objects that orbit stars.

YES! Abq Jew hears you shout. Finally, we've got the Cognoscenti Team on our side!


We use “planet” to describe worlds with certain qualities.


When we see one like Pluto, with its many familiar features — mountains of ice, glaciers of nitrogen, a blue sky with layers of smog — we and our colleagues quite naturally find ourselves using the word “planet” to describe it and compare it to other planets that we know and love.

YES! Abq Jew hears you shout. But trouble lies ahead.


We find ourselves using the word planet to describe the largest “moons” in the solar system.

Moon refers to the fact that they orbit around other worlds which themselves orbit our star, but when we discuss a world like Saturn’s Titan, which is larger than the planet Mercury, and has mountains, dunes and canyons, rivers, lakes and clouds, you will find us — in the literature and at our conferences — calling it a planet.


This usage is not a mistake or a throwback. It is increasingly common in our profession and it is accurate.

OH NO! Abq Jew hears you shout. You're going to call a moon a planet? Is there no end to the indignity which you heap upon our dear Planet Pluto? Who must (she must! she must!) respond: 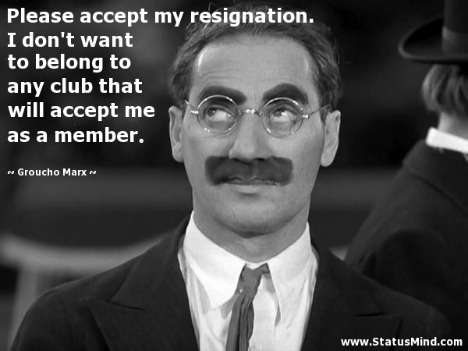 For, as His Grouchoness Julius Henry Marx has taught us:

Thanks for creating this blog. I read through your article, and it was mind blowing,that I had to read through it over and over again. I'm still marveled at what I read on your blog, I would love to visit your blog often to read more article.