Finally: Abq Jew is thrilled to confirm that internationally-known Ladino singer Sarah Aroeste will be with Albuquerque's Congregation Albert for Kabbalat Shabbat services this Friday, October 13. 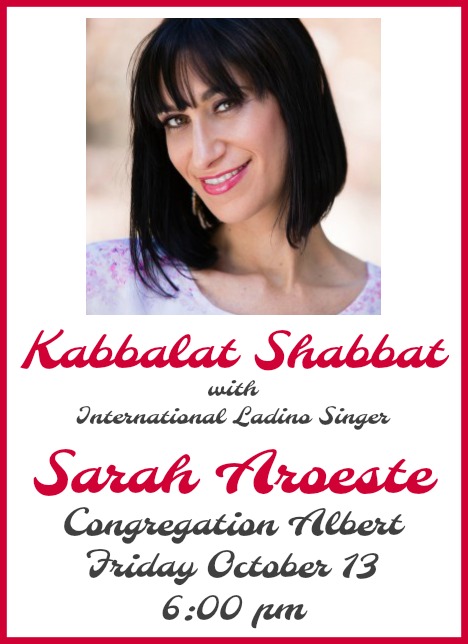 This is, as the saying (Abq Jew seems to recall) once went, way cool.

Surely you, Abq Jew's loyal readers, will recall his most recent (OK, it was July 2012) write-up of Sarah Aroeste (see Laugh! Sing! Last Chance!). In which he quoted from Ms Aroeste's website:

Sarah Aroeste, inspired by her family's Sephardic roots in Greece and Macedonia, has spent the last 15 years bringing her contemporary style of original and traditional Ladino music to audiences around the world.

Aroeste writes and sings in Ladino, the Judeo-Spanish dialect that originated by Spanish Jews after their expulsion from Spain in 1492. Those who left Spain, including Aroeste’s family, carried the medieval language with them to the various points where they later settled, primarily along the Mediterranean coast and North Africa. In time, Ladino came to absorb bits and pieces of languages all along the Mediterranean coast, including some Greek, Turkish, Portuguese, French, Italian, Hebrew, and more.

This exotic pan-Mediterranean language has, unfortunately, been fading away. But the continued musical legacy of Spanish Jews highlights the strength of an oral tradition that spans many centuries and crosses many geographic boundaries.

American born and trained in classical opera at Westminster Choir College and Yale University, Aroeste became drawn to her Sephardic musical past after spending a summer in 1997 performing at the Israel Vocal Arts Institute in Tel Aviv .... 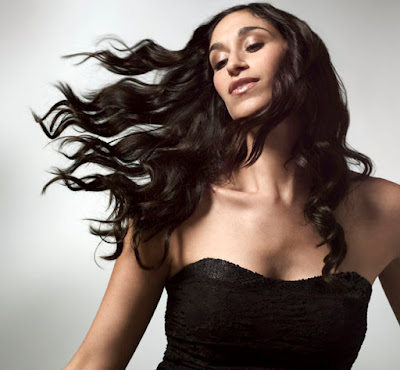 So what's new? A trio of things.


In the last decade, Aroeste has amassed a large and loyal following across the US and abroad, and has been featured in both national and international press. 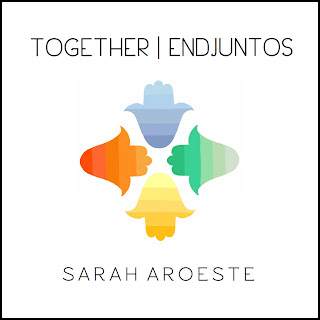 Second - Ms Aroeste's most recent album, Together/Endjuntos, the recording of which was (partially) funded via a Hatchfund project, to which Abq Jew was happy to contribute.


The album includes 10 original songs with interwoven lyrics in English and Ladino that highlight holidays throughout the Hebrew calendar. There are songs for the Sabbath, Rosh Hashanah (the New Year), Sukkot (the harvest), Tu B'shvat (the Hebrew arbor day), Hanukah, Passover and much more.

And there are musical styles for all tastes (bhangra, fiddle folk, merengue, French electro cabaret and more!) to show how universal Ladino is. This is music that can be enjoyed by all ages and that we hope will bring many people together.


Third - the New Mexico connection. About which Abq Jew had no idea. But about which you can read in (where else?) The New York Times.

Which makes this a family visit - with music!
The best of all worlds! Enjoy!