Attention, Shoppers! It is with a heavy heart that Abq Jew reports (via The New York Times, of course) an (alas) not unforeseen tragedy for all past, present, and future New Yorkers: 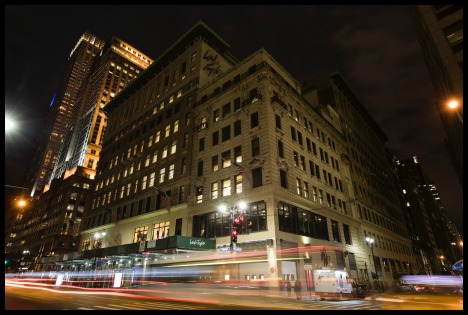 From the moment its doors opened more than a century ago, the Lord & Taylor building on Fifth Avenue in Manhattan has stood as a monument to old-school retail.

Complete with a grand entrance arch and copper cornice, the 676,000-square-foot store is a temple of urban commerce — and was named a New York City landmark a decade ago.

But now, the forces buffeting the retail industry are diminishing Lord & Taylor’s presence as a New York institution.

The company that owns the department store chain, Hudson’s Bay, said Tuesday that it was selling off the flagship store to WeWork, a seven-year-old start-up whose office-sharing model is helping to reinvent the concept of work space.

In selling its Italian Renaissance-style building to a WeWork joint venture for $850 million, Lord & Taylor and Hudson’s Bay are acknowledging that even the grand physical shopping spaces of old are now worth more as office space catering to millennials. 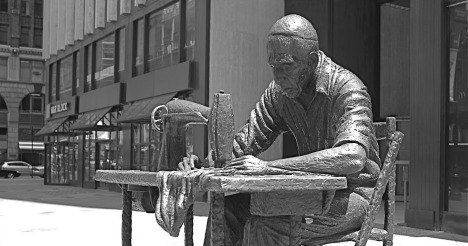 To Jewish New Yorkers - especially those who grew up (or whose parents, or, more likely, grandparents grew up) in the shmatte business - Lord & Taylor has always meant two things: 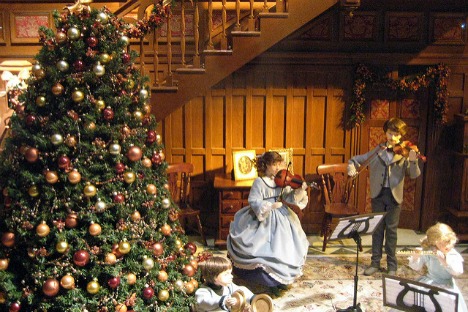 * Actually, as joke mavens know, it's really only one joke. But told in so many ways! There's the Babylonian version; and the version that appears in the Yerushalmi; and, of course, the version found on a petek in the Cairo Genizah ....


The Lord & Taylor Name
From the Babylonian Talmud

Schwartz, a poor tailor, had two daughters, and he wanted to provide them both with lavish weddings but couldn't really afford it.

So Schwartz the tailor started manufacturing hundreds of suits, all of which were made with wide lapels. These suits sold like wildfire and were the new rage, bringing Schwartz plenty of money to entertain many wedding guests with an opulent feast at his first daughter's wedding.

A few years later, his second daughter was getting married and Schwartz was in temple again, praying to God to help him out. After much beseeching and pleading, God whispered, "Make narrow ties.....make narrow ties."

So Schwartz started turning out thousands of narrow ties, which turned out to be the latest trend in men's neckwear. This brought him lots and lots of money and his second daughter was able to have a wonderful, expensive wedding, too.

After his daughters were married, Schwartz the tailor went back to the synagogue and prayed to God, thanking Him for helping out.

He was so grateful to God that Schwartz told Him he would be opening up a store and would name it "God and Schwartz" to honor him. 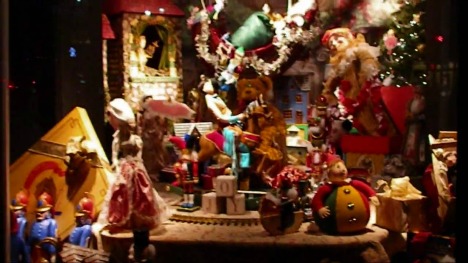 The Lord & Taylor Name
From the Jerusalem Talmud

A Jewish tailor moved to the United States and decided to start a tailor shop in his suburb. He named it "Schneider" meaning Tailor.

He did alright, but one night he was praying to God and asked, "How can I have better business?" to which God replied, "Add my name to to your shop" so he renamed his shop "God and Schneider" and he did even better.

In fact, he did so well, he decided to move to the city. In the city, he did not do so well, so again he prayed to God and asked, "God, I'm not doing well anymore, how can I make my store prosperous again?" to which God replied, "You must make your name more English for the city people."

So he again renamed his store, this time to "Lord and Taylor." 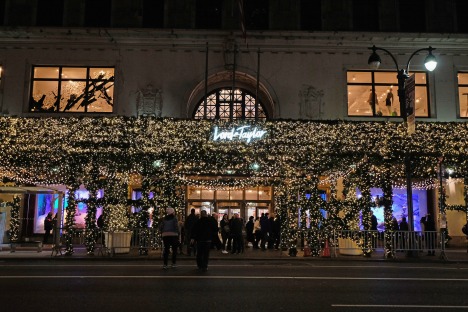 The Lord & Taylor Name
From the Cairo Genizah

Three Jewish men arrive in NYC from Europe, and decide to meet again in 20 years to see how they all made out in America. 20 years pass...

He replies: Vell, you know...ven I came to this country I had no idea vhat to do with myself to make a livink. So I looked at my last name. Goldstein. So I vent into the gold business. And oy, did I make a FORTUNE!"

He says "Vell, like you I had no idea vhat I vas going to do in this vast country to make a livink, so I too, looked to my last name. Silverberg. So I vent into silver. And oy, did I make a fortune!"

So they both turn to the last man and say, "And you? Vat happened to you?" So the third man said, "Vell, I too had no idea how I vas to make a livink here in America, so I looked at my last name.

Taylor. I said, das no good. I never make money as a tailor. So I went to shul and prayed. I said "God, if you make me a wealthy man, I promise to make You my partner."

So the first man said, "So, vat happened?"

The man replied, "Vas the matter? You never heard of Lord and Taylor?" 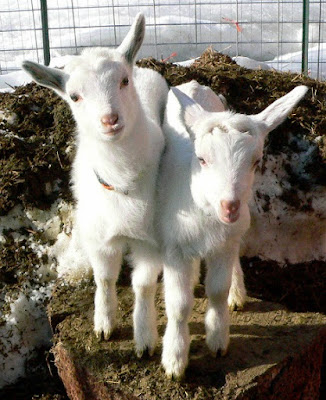 Abq Jew knows what you, his loyal readers, are asking now -


How will we get into the Christmas spirit
without Lord & Taylor?

To which Abq Jew offers just one response: 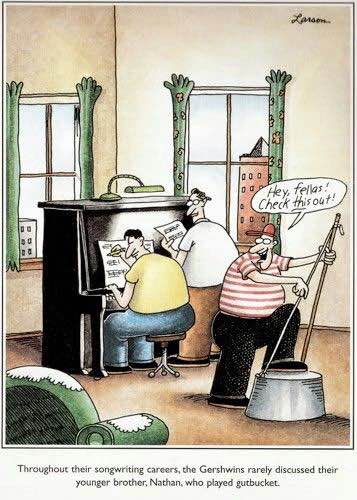