Extraordinary: Or, as Israelis say, יוצאת מן הכּלל. This is all about Victoria Hanna.


Israeli vocal artist Victoria Hanna has been performing for years, but it was only a week ago that she put out her first official video single.

The video, Aleph-Bet, has already garnered more than 68,000 views, signaling that her unique, experimental sound is perhaps going more mainstream. 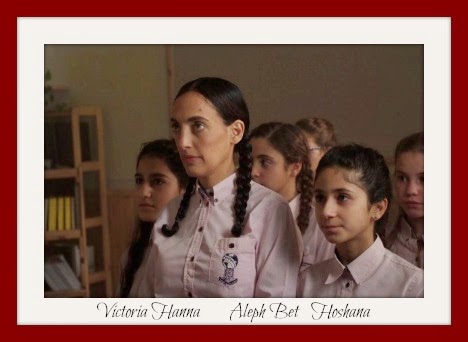 That's what Renee Ghert-Sand said - back in February - in her Times of Israel article,

Aleph-Bet has been on YouTube for many weeks now. At latest count, it's been viewed more than 340,000 times.


Hanna is known for mesmerizing interpretations of traditional Jewish texts (both Hebrew and Aramaic) that combine traditional Middle Eastern sounds with contemporary genres, such as rap and hip-hop.

Among her religious literary inspirations are the biblical Song of Songs and the Kabbalistic Sefer Yetzirah (The Book of Creation). In Aleph-Bet, she focuses on one of her favorite subjects: the letters of the Hebrew alphabet and their various vowel sounds.

The video opens with the alphabet and then moves in to the prayer for rain from the Hoshanot (Hosanna) service in the Sukkot liturgy. 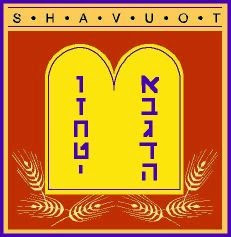 On the Festival of Shavuot (Weeks), we recite neither small hoshanot nor (which please see) The Great Hosanna.

But we do celebrate the Gifting of the Torah, which in many ways may be compared to starting all over again with the Aleph Bet.

Note: There is only one Torah, which was given to the People Israel but once - on Shavuot. On Shavuot (and all festivals) we do not take "two Torahs" from the ark - we take two Torah scrolls. As for receiving - the people Israel receives the Torah anew every day ....

How did she reach that status? By singing the alphabet.

Hanna, a longtime fixture of the small indie Jewish spiritual music scene, released her first single this month — and it became an instant Internet sensation.

The song is called Aleph Bet, the name of the Hebrew alphabet, and the music video is hypnotic and strange.

In the video, Hanna plays a schoolteacher teaching a classroom of girls the Hebrew alphabet. She chants the entire cycle of the alphabet over and over with a different vowel.

Then she recites a Jewish prayer for rain, each line in alphabetic order.

Raised in an ultra-Orthodox family in Jerusalem, Hanna draws from ancient Jewish texts for her creative inspiration.

Mr Estrin talks with Ms Hanna about her video here.

The Jewniverse tells us more about Victoria Hanna here.


And here is the Aleph-Bet video.