How Goodly Are Thy Tents, O Jacob: This is (almost) Shabbat Balak, which contains the story of ... Balak, the king of Moab at the time, who hires Balaam, "reputedly the world's most powerful wizard," to curse the people of Israel. 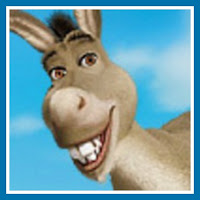 But God said to Balaam, "You must not curse that people, for they are blessed."

And 1-800-LAWYERS have told Balak ever since: "Ya gotta read the fine print!"

Balaam explicitly warns Balak's emissaries that "Though Balak were to give me his house full of silver and gold, I could not do anything, big or little, contrary to the command of the Lord my God." How much clearer could this be?

Everyone involved knew - or should have known - that this plan was never gonna work. Even Balaam's transportation service knew that this was a no-go, and stopped three times along the way to tell him so. What an ass! 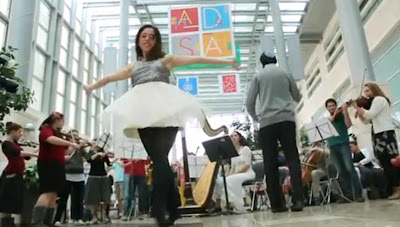 Moving right along here ... with more good news and blessing from the land, people, and nation of Israel.


Forty students from the Jerusalem Academy of Music and Dance took a classical approach to the flashmob as they flashwaltzed Tchaikovsky's Waltz of the Flowers at the new Sarah Wetsman Davidson Hospital Tower in Jerusalem. Doctors, patients and passers-by joined in the fun.

The surprise concert was part of Good Deeds Day, an annual event that originated in Israel in 2007 and now takes place in over 50 countries worldwide. On this day volunteers reach out to the less fortunate and the vulnerable.

The Academy students enjoyed the day so much that they have decided to schedule regular concerts at the hospital. Hadassah Medical Organization treats over one million patients annually, without regard to race, religion or national origin. 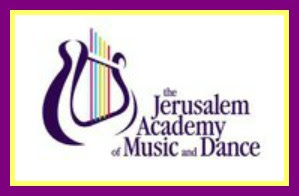