To See and Not Believe 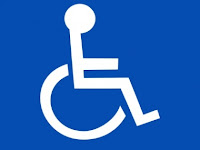 Tel Aviv student Hila Ben-Baruch parked her car near her apartment on Sunday, safe in the knowledge that she had parked legally. Later that evening, though, she returned to find her car was gone and in its place was a freshly painted handicapped parking space.

“I have parked on that street for nearly half a year, [I live there] and know well where I can and can’t park,” she wrote in Hebrew on her Facebook page.

"Hard to believe," Abq Jew hears you say. Wait - it gets worse.


Ben-Baruch called the municipality to find out how her car could have been towed from what had been a legal space with no advance notice. Instead of explanations she got accusations. The city representative on the other end of the line said she was lying and accused her of knowingly parking in a handicap spot. Ben-Baruch said it was only after 10 minutes of yelling that the civil servant began to believe her story.

Ben-Baruch was told that she’d have to go online to the city’s website and fill out some forms, as well as paying a 350 shekel towing fee (almost $95). Calling the parking lot to which her car had been towed she learned she also had a 1,000 shekel ($270) parking ticket for illegally parking in a handicapped spot.

On Monday Ben-Baruch went to the building across from where she’d parked and established there were security cameras pointed to the newly painted handicapped spot. A security official agreed to show her the footage, which confirmed her narrative. She didn’t know whether she should “cry or scream,” she wrote later.

It was all recorded, clear as day: “While the car was parked in a white-and-blue [legal] zone, two city hall workers arrived and began painting a handicapped space around the car!” They changed the color designation of the parking space, she wrote, and within five minutes had changed it to a parking space to handicapped.

Ben-Baruch promptly posted the video on her Facebook page and as of Tuesday evening her story had garnered nearly 19,000 shares and received attention on national television news.

Deputy Tel Aviv mayor Asaf Zamir apologized for the incident Tuesday and explained that it was all a mistake. Zamir said it was perfectly fine for city workers to re-designate a parking spot — even when someone was parked there — and that such things happen all the time, but that the workers were supposed to notify the parking inspectors’ office and tell them that a vehicle had been parked there legally, not to tow it and fine the owner.

The city released Ben-Baruch’s car, waiving all fines and fees.

She said Tuesday she was considering suing the city, nonetheless.

Abq Jew apologizes for not being on top of this ... moving ... story from the get-go. But the story's timing is nevertheless fortuitous, for it skips over tragedy and drama and goes straight for laughter and comedy. Which fits right into Abq Jew's recently-proclaimed celebration of