Maestro Guillermo Figueroa @ Congregation B'nai Israel: As Abq Jew has mentioned  in The Big Event 2013 and Shostakovich: Piano Trio No 2 in E Minor (and may mention a few more times), “An Evening with Maestro Guillermo Figueroa”  at Congregation B'nai Israel on January 20 will provide an evening of beautiful music and fine dining for Albuquerqueans.

The concert program will feature the Theme from Schindler's List by John Williams. Wikipedia (of course) provides some background on this film, from which the following has been adapted.


Schindler's List is a 1993 epic drama film directed and co-produced by Steven Spielberg and scripted by Steven Zaillian. It is based on the novel Schindler's Ark by Thomas Keneally, an Australian novelist. The film tells the story of Oskar Schindler, a German businessman who saved the lives of more than a thousand mostly Polish-Jewish refugees during the Holocaust by employing them in his factories. It stars Liam Neeson as Schindler, Ralph Fiennes as Schutzstaffel (SS)-officer Amon Göth, and Ben Kingsley as Schindler's Jewish accountant Itzhak Stern. John Williams composed the score.

Schindler's List premiered on November 30, 1993 in Washington, D.C. and it was released on December 15, 1993 in the United States. Regarded as one of the greatest films ever made, it was a box office success and recipient of seven Academy Awards, including Best Picture, Best Director, and Best Original Score, as well as numerous other awards (seven BAFTAs, three Golden Globes). In 2007, the American Film Institute ranked the film 8th on its list of the 100 best American films of all time (up one position from its 9th place listing on the 1998 list).

About the music, Wikipedia says:


John Williams composed the score for Schindler's List. The composer was amazed by the film, and felt it would be too challenging. He said to Spielberg, "You need a better composer than I am for this film." Spielberg responded, "I know. But they're all dead!" Williams played the main theme on piano, and following Spielberg's suggestion, he hired Itzhak Perlman to perform it on the violin.

In an interview with Perlman on Schindler's List, he said: "I couldn't believe how authentic he [John Williams] got everything to sound, and I said, 'John, where did it come from?' and he said, 'Well I had some practice with Fiddler on the Roof and so on, and everything just came very naturally' and that's the way it sounds."

Interviewer: "When you were first approached to play for Schindler's List, did you give it a second thought, did you agree at once, or did you say 'I'm not sure I want to play for movie music'?

Perlman: "No, that never occurred to me, because in that particular case the subject of the movie was so important to me, and I felt that I could contribute simply by just knowing the history, and feeling the history, and indirectly actually being a victim of that history."

In the scene where the ghetto is being liquidated by the Nazis, the folk song Oyfn Pripetshik (or Afn Pripetshek) (Yiddish: אויפֿן פּריפּעטשיק)" is sung by a children's choir. The song was often sung by Spielberg's grandmother, Becky, to her grandchildren. The clarinet solos heard in the film were recorded by Klezmer virtuoso Giora Feidman. Williams won an Academy Award for Best Original Score for Schindler's List, his fifth win.

And the Girl in the Red Coat? Wikipedia tells us:


While the film is shot primarily in black-and-white, red is used to distinguish a little girl in a coat (portrayed by Oliwia Dabrowska). Later in the film, the girl appears to be one of the dead Jewish people, recognizable only by the red coat she is still wearing. Although it was unintentional, this character is coincidentally very similar to Roma Ligocka, who was known in the Kraków Ghetto for her red coat. Ligocka, unlike her fictional counterpart, survived the Holocaust. After the film was released, she wrote and published her own story, The Girl in the Red Coat: A Memoir (2002, in translation).

The scene, however, was constructed on the memories of Zelig Burkhut, survivor of Plaszow (and other work camps). When interviewed by Spielberg before the film was made, Burkhut told of a young girl wearing a pink coat, no older than four, who was shot by a Nazi officer right before his eyes. When being interviewed by The Courier-Mail, he said "it is something that stays with you forever." 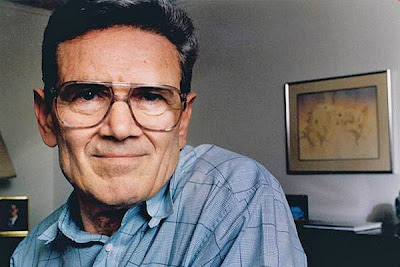 Leyson was one of the 1,100 Jews saved from the Nazis by German industrialist Oskar Schindler. He taught school in Huntington Park for 39 years and shared his survival story with others.

Among the 1,100 Jews saved from the Nazis by German industrialist Oskar Schindler was an emaciated 13-year-old boy named Leon Leyson, who had to stand on a box to reach the machinery in the Krakow factory where Schindler sheltered him and his family.

The boy Schindler called "Little Leyson" survived the Holocaust to start life over in Los Angeles. He taught high school in Huntington Park for 39 years, rarely mentioning to anyone the pain and perils he experienced during the war that claimed the lives of 6 million Jews.

"The truth is, I did not live my life in the shadow of the Holocaust," [Leyson] told the Portland Oregonian in 1997. "I did not give my children a legacy of fear. I gave them a legacy of freedom."

Leyson saw Schindler for the last time in 1974, just before the man regarded as a savior of Jews died. Schindler was on a visit to L.A. and Leyson joined the group of Jews who greeted him at the airport.

He started to introduce himself, but found it wasn't necessary.

"I know who you are," Schindler said, grinning at the middle-aged man before him. "You're Little Leyson."