Coming in February 2013:  Abq Jew is proud to announce, for the first time ever in the City of Albuquerque or in the State of New Mexico:

Abq Jew Palooza!
Four great events in February 2013
that showcase Jewish life
in Albuquerque and beyond! 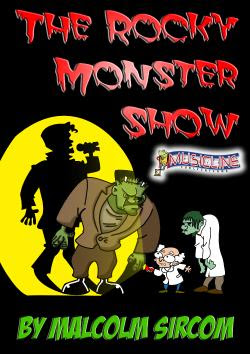 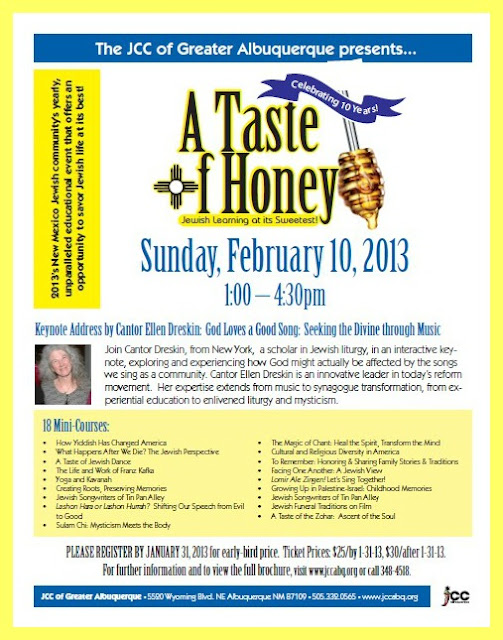 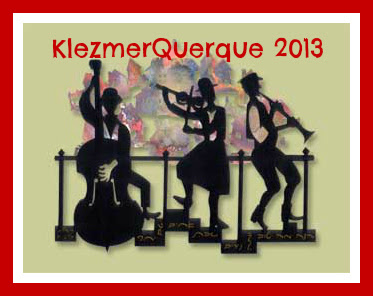 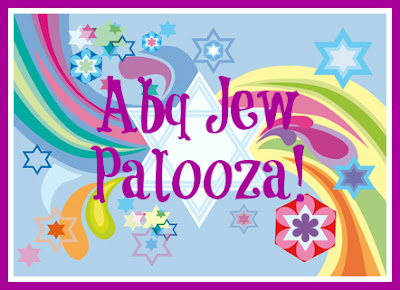 And no, it's not KlezmerQuerque's or A Taste of Honey's or CAST's first time ever in the City of Albuquerque or in the State of New Mexico.

But it is the first time for the New Mexico Synagogue Musicians Shabbaton.

And it is the first time that Abq Jew (or anyone else) has bundled these events together into one giant mega-event, which he has humbly titled Abq Jew Palooza! even though Abq Jew had nothing to do with producing them.

Also no, Abq Jew Palooza! does not include

Super Sunday for the Jewish Federation of New Mexico 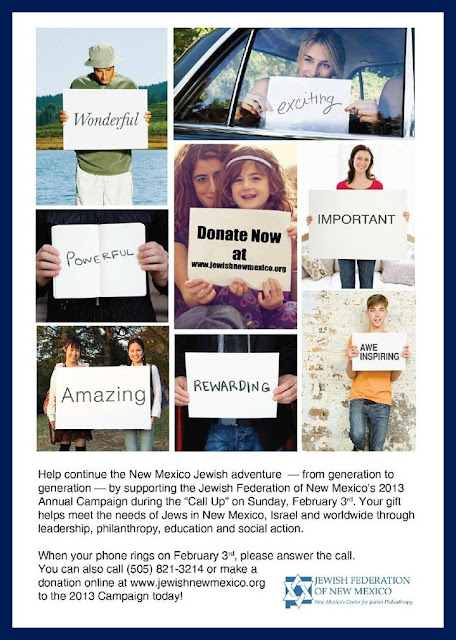 You can find out more about all these great events on Abq Jew's Go Do page!