Rebuilding the Holy Temple Revisited:  As Abq Jew announced in If You Build It, He Will Come: Rabbi Chaim Richman, the Director of the International Department of The Temple Institute of Jerusalem, visited Roswell, Santa Fe, and Albuquerque this week. 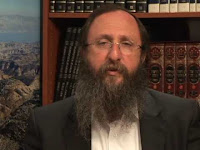 One might think that anyone who speaks seriously about rebuilding the Temple must be a raving lunatic. Well, Abq Jew was privileged to attend Rabbi Richman's Santa Fe talk at Kol BeRamah, and he can assure you that Rabbi Richman does not rave.  (But he is something of a lunatic, in that he draws inspiration from the lunar cycles that form the months of Hebrew calendar.)

In fact, Rabbi Richman is a quiet, soft-spoken, thoughtful, well-educated scholar who asks excellent questions, provides answers that must be reckoned with, and backs up everything with authoritative statements from respected, traditional, Jewish sources. Rabbi Richman's primary question:


What is holding back the people of Israel from rebuilding the Temple today? How close are we? How will the nations of the world be affected? Are the obstacles really that insurmountable... or could we overcome them if we only try? Are we waiting for G-d to step in and perform a miracle... or is He waiting for us to take the initiative?

On the other hand - Abq Jew's two questions were:
Rabbi Richman answered both questions directly and plainly.

First, the slogans, which represent diametrically opposed philosophies and mindsets.

Abq Jew has always been a big fan of Arthur Ruppin (1876-1943) - who, he realizes, few people have heard of. Known as “ the father of Zionist settlement”, he was sent by the Jewish Agency to Eretz Yisrael in 1907 - to assess the possibilities for Zionist settlement there. Ruppin became an advocate of pragmatic Zionism.  Ruppin believed that the most immediate need was to acquire land, establish Jewish settlements all over the country, and thereby build a state.

One might think that anyone who speaks seriously about rebuilding the Land must be a raving lunatic. But Arthur Ruppin did not rave - he simply went about his business.

Being by training and temperament an engineer (thanks, Dad!), Abq Jew also favors the pragmatic approach. And The Temple Institute is nothing if not pragmatic.


When He [Messiah] Comes, It [Temple] Will Be Rebuilt

As Abq Jew stated in If You Build It, He Will Come: this is the normative, traditional Jewish belief. The Temple Institute has turned this around:


When The Temple Is Rebuilt, The Messiah Will Come

The Temple Institute has, therefore, launched pragmatic programs of education and preparation - including refabricating the High Priest's garments and vestments, newly manufacturing Temple vessels, and attempting to reproduce and round up red heifers. (See Chapter 19 of Numbers for the red heifer story.)

Think of it as taking the pragmatic approach. Ridding ourselves of the Galus mentality. Coming to realize (in Rabbi Richman's words) that it's a natural situation for the Holy Temple to be in the midst of the Jewish People.

May we visit the Temple Mount now, today, to prepare for the rebuilding of the Third House?

As Abq Jew mentioned in Hang Up The Phone: The [Conservative] Rabbinical Assembly has just published an outstanding, thorough, and very well-written guide to contemporary Jewish practice, The Observant Life.

In The Observant Life, Martin S Cohen addresses Visiting the Temple Mount (page 346) in his essay on Israel:

The question of visiting the Temple Mount is related to the nature of the sanctity of Jerusalem: is it permanent or temporal?

Cohen points out that


The crux of the matter for latter-day halakhists ... lies in a dispute between Maimonides and Rabbi Abraham ben David of Posquieres (known as the Ravad).


Maimonides ... writes unambiguously that the ritual sanctifications performed by King Solomon ... made the city holy for all time; the city thus retains its sanctity even in the absence of a Temple.

and discusses what Cohen perceives to be the implications of that position: 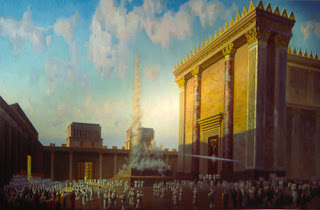 Then Cohen considers the Ravad's position:


He [the Ravad] goes on to say that Maimonides is incorrect, and the punishment of excision (kareit, to be inflicted on any who enter the Temple in a state of impurity ...) does not apply in our day, since the sanctity of Jerusalem was temporal and did not outlast the Temple itself.

For Conservative Jews, Cohen brings a responsum by Rabbi Reuven Hammer, a Conservative halakhic authority, who concludes that


... we may follow the Ravad in this matter and suppose that there is no prohibition whatsoever against entering any part of the Temple Mount in our day. Nonetheless, he also notes that a Jew should not actually enter the Dome of the Rock, presumed to be the site of the Holy of Holies in ancient times to which only the High Priest was allowed entry.

According to Cohen, Maimonides would appear to have the hard-line position here. But The Temple Institute asserts that that is not the case at all:

Earlier this month, Chief Rabbis Rabbi Shlomo Amar and Rabbi Yonah Metzger, joined by other top rabbis, proclaimed the Temple Mount off limits due to halakhic issues. Among these issues:
It is also worth noting that Rabbi Richman strongly dissented from the Chief Rabbis' proclamation, citing Maimonides' example:


The recent proclamation of the Chief Rabbinate prohibiting Jews from ascending to the Temple Mount implies that ascent to the Mount is indeed forbidden by Torah law. However, this statement is inaccurate and misleading. According to the sources of halakhah, the place of the Holy of Holies and sanctified courtyards are well known and documented, and with proper study and proper preparations (such as immersion in a mikveh and the donning of non-leather shoes) one can visit this holy site without trespassing on the sacred areas.

Throughout the ages many prominent halakhic authorities personally ascended to the Temple Mount, including the celebrated Rambam (Maimonides), who ascended to the Mount at the risk of his life in Crusader-dominated Jerusalem. Indeed, as the Rambam himself testifies in his letters, he was so moved that he merited to ascend the Temple Mount to pray there, that he instructed his descendants to mark the day of his aliya (6 Cheshvan 1166) as a day of personal yom tov (rejoicing) for all generations.

Issues of Jewish law are not to be determined by personal feelings, opinions, or emotions. In the formulative process of halakhah, sources must be cited, verified and compared. Today, many prominent, respected Torah scholars, including yeshiva heads, visit the Temple Mount on a monthly basis together with hundreds of their students. To minimize or denigrate these scholars and to imply that they are acting outside of Torah law is misleading, damaging and wrong.

If we choose to ascend to the Temple Mount - after preparing ourselves to be lifted up - do we know where we are stepping?

GPS may not help, although Google Earth might. But it turns out The Temple Institute website has a guidebook! And a map!

Finally, most everyone foresees political ... difficulties ... arising from the obvious fact that the Dome of the Rock currently sits atop the Temple Mount, and directly over the ancient site of the Holy of Holies.

Rabbi Richman, however, foresees continued political difficulties only if the Temple is not rebuilt. Should we, then ... demolish the Dome of the Rock and get to work?

That is not the scenario that Rabbi Richman foresees, and this is absolutely not the course of action that he promotes.