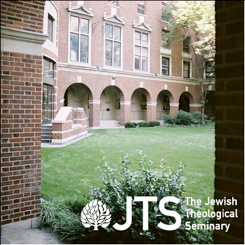 Sylvia Cuttler Ettenberg, a veteran Jewish educator and a founder of Camp Ramah, has died.

Ettenberg, the first female senior administrator at the Jewish Theological Seminary, died June 21 at age 95. She was recognized as a dean emerita at JTS.

The Brooklyn native was at the forefront of many Conservative Jewish educational initiatives, including the Prozdor Hebrew High School program and the William Davidson Graduate School of Jewish Education at JTS.

Ettenberg was perhaps best recognized as a founder of Camp Ramah and for incorporating the institution into JTS, a move that helped it grow from a single camp in Wisconsin into a network of a dozen camps and several informal education programs in the United States and Israel.


Abq Jew remembers Sylvia Ettenberg from his time at the Jewish Theological Seminary. In 1975, Sylvia Ettenberg made it possible for Abq Jew, a guy from California with an engineering degree and very little formal Jewish learning, to study at the Seminary with the great leaders of Conservative Judaism.


U.S. Jewish educator, particularly within the Conservative movement. Born in Brooklyn, she received a B.A. from Brooklyn College and a Bachelor of Pedagogy from the Jewish Theological Seminary of America (JTS). In 1940 she married Moshe Ettenberg, an engineering professor; the couple had two children.

Although her career was spent almost exclusively at the Jewish Theological Seminary of America, her influence was felt in a wide range of institutions and settings. Ettenberg, the first female senior administrator at JTS, played a leading role in some of the most important and innovative projects of Conservative Jewish education.

She was directly involved in the founding of the Seminary's supplementary high school (the Prozdor) in 1951, the creation of the Melton Research Center in 1959, and the eventual establishment of the William Davidson Graduate School of Jewish Education in 1996. She worked on the creation of a joint undergraduate degree program between JTS and Columbia University and helped supervise the Department of Jewish Education at the Seminary as it developed its M.A. and doctoral programs.

Arguably, her most notable achievement was Camp Ramah, a summer educational camping program that grew into an international network of camps. Ramah was first launched in Wisconsin in 1947 by a group of community leaders from Chicago.

But it was Ettenberg and Moshe Davis who brought Ramah inside the world of JTS itself, creating an infrastructure for the camping system that developed over time and nurtured the powerful educational vision embodied in the camps. The Ramah camps had a profound impact on Jewish education and provided a large percentage of the future academic, lay, and professional leadership of Conservative Judaism.

When the Teachers Institute celebrated its 100 Year Anniversary in 2010. JTS Chancellor Arnold Eisen honored Sylvia Ettenberg at a luncheon.

And Dr Isa Aron, Sylvia Ettenberg's daughter, spoke about her experiences growing up and the important role her mother played in building the Teachers Institute.

May her memory be a blessing