This Land is Our Land

Bittersweet Celebrations: Abq Jew is old enough to remember the 4th of July,1976. The magnificent Tall Ships sailing up the Hudson River. The overwhelming feeling that we had witnessed a miracle - God intervening in history to save His People. 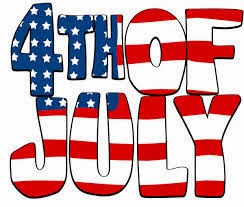 But in the days before the 200th anniversary of this nation's founding, we Jews walked around in fear, sadness, and with a terrible foreboding.

Many of us had survived the selections and the death camps. Many more of us had seen the wonder of the Six Day War turn into the massacre at Munich and the terror of the Yom Kippur War.

Cynthia Ozick had published (Esquire; November 1974) her essay "All the World Wants the Jews Dead." We knew she was right. If her essay was alarmist, we were alarmed. Our hope had just about run out.

As Wikipedia reminds us


A week earlier, on 27 June, an Air France plane with 248 passengers was hijacked, by members of the Popular Front for the Liberation of Palestine and the German Revolutionary Cells, and flown to Entebbe, the main airport of Uganda.

The local government supported the hijackers and dictator Idi Amin personally welcomed them. The hijackers separated the Israelis and Jews from the larger group and forced them into another room.

More than 100 Israeli and Jewish passengers, along with the non-Jewish pilot Captain Bacos, remained as hostages and were threatened with death.

Now, we all know what happened.


The operation took place at night. Israeli transport planes carried 100 commandos over 2,500 miles (4,000 km) to Uganda for the rescue operation. The operation, which took a week of planning, lasted 90 minutes.

102 hostages were rescued. Five Israeli commandos were wounded and one, the unit commander, Lt. Col. Yonatan Netanyahu, was killed.

All the hijackers, three hostages and 45 Ugandan soldiers were killed ....

The Entebbe operation is now often referred to as Operation Jonathan - in memory of the unit's leader, Yonatan Netanyahu. He was the older brother of Benjamin Netanyahu, the Prime Minister of Israel.

What Abq Jew clearly remembers is sowing with tears - going to sleep on the night of July 3rd fearing the worst; and reaping with joy - waking up to discover that almost all the Israelis and Jews had been saved.

In the days when our boys Naftali Fraenkel, Gilad Shaar, and Eyel Yifrach, of blessed memory, were missing but not yet lost, we had hope. Abq Jew and the entire Jewish World prayed for an outcome - a divine intervention - like Entebbe's.

It did not come, and we American Jews are forced to celebrate our Independence Day while our mishpacha in Israel are still sitting shiva.

And more sadness: Just yesterday came word of the passing of Rabbi Zalman Schachter-Shalomi, the father of the Jewish Renewal movement. 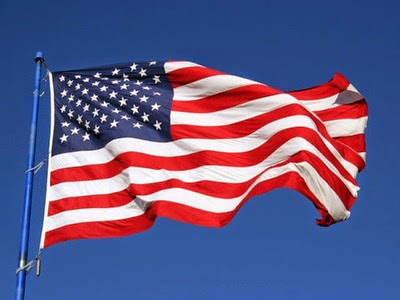 Nevertheless, chevre, it's the 4th of July!

And a little singing wouldn't hurt. Who knows? It might even help!

How about one of the most beautiful American songs ever written by a goy guy who once married a Jew (and thus acquired Yiddish poet Aliza Greenblatt as his mother-in-law) and moved with the mishpocha to Coney Island?


"This Land Is Your Land" is one of the United States' most famous folk songs. Its lyrics were written by American folk singer Woody Guthrie in 1940 based on an existing melody, in critical response to Irving Berlin's "God Bless America", which Guthrie considered unrealistic and complacent.

Tired of hearing Kate Smith sing it on the radio, he wrote a response originally called "God Blessed America".

Guthrie varied the lyrics over time, sometimes including more overtly political verses in line with his sympathetic views of communism, than appear in recordings or publications.