Responding to the Tunnels

By which Abq Jew means that he has written something in a moderately serious vein that deals, in its own way, with the very serious subject at hand.

And then there is Samara Miller, the young lady who recently brought a Holocaust Remembrance Day Walk (see Holocaust Day Remembrance) to the UNM campus.

Well, Samara is taking action again. This time it's


A Stand For Israel
Thursday August 7 from 5:00 till 8:00 pm
@ the corner of Louisiana & Menaul
A family-friendly (peaceful signs only!) early evening show of support for Israel
at one of Albuquerque's busiest intersections 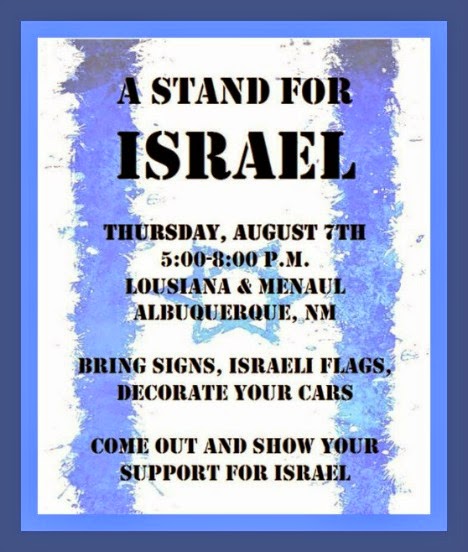 Meanwhile, Abq Jew is still busy doing what he does best - thinking about the situation, then writing about it. Not necessarily in that order.

But Abq Jew does spend a fair amount of time researching current events online, by which he means fooling around on the Internet.

And this week Abq Jew's come up with a gem. In Case You Missed It (ICYMI) - here is


The Official Map of the Gaza Underground 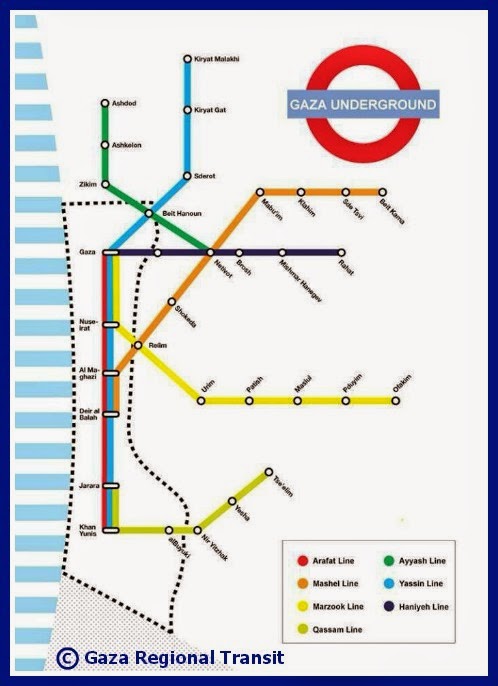 Discovered by The Times of Israel,


The Gaza Underground Map purports to portray the subterranean attack pathways leading to Israeli communities. Posted [on Imgur] on Sunday, the Map had racked up a modest 2,500 views as of Tuesday, and didn't list any information about its creator.

And in case you might think that grabbing a graphic from someplace else and plunking it on his own blog shows a distinct lack of creativity on Abq Jew's part, may Abq Jew say that it was he who added