The Jewish Academy's goal is to strengthen and enrich
the New Mexico Jewish community of adults, children, families, and institutions by providing ongoing classes, workshops, retreats and other meaningful experiences that contribute to Jewish literacy in the Southwest. 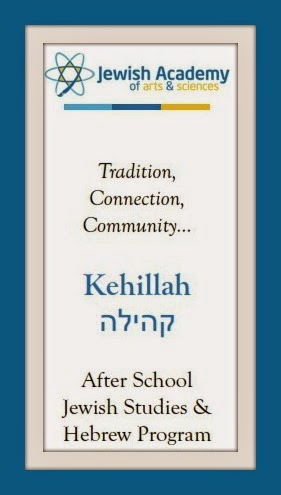 “I was raised Jewish, but I’m not a member of a synagogue. I want my child to know her heritage and be proud of it.”

“My son is the only Jewish kid in his class. He has a diverse group of friends, which is great, but I want him to spend time with other Jewish kids—kids who celebrate the same holidays and share the same traditions.”

“I never learned much Hebrew, except for a prayer or song or two. I’d love for my kids tolearn to read and speak the language of the Jewish people. Where can we do that in Albuquerque?”

Where? At the Jewish Academy of Arts & Sciences.

The Jewish Academy's After School Program is a place where Jewish children gather and learn about their rich history as Jews.


Regardless of whether they are affiliated with a congregation.

Students will learn that Judaism is what we DO as Jews, and experience Judaism as a meaningful, joyous tradition that is their inheritance. 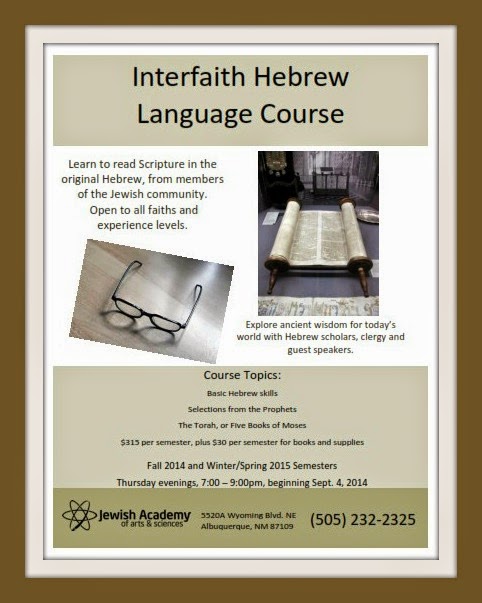 This program is designed to serve Jewish adults, intermarried couples, and Christians interested in learning Hebrew.

This class will meet once each week for the entire school year.

Learn to read Scripture in the original Hebrew from members of the Jewish community. Open to all faiths and experience levels.

The course will cover basic Hebrew skills, plus selections from the Prophets and The Torah, (Five Books of Moses).

More For the Adults

Starting in the fall, the Jewish Academy will offer short-term and long-term classes for adults in Jewish culture, politics, Israel, history, and other areas.


For Those Who Want To Learn More

For those who want to learn more about Kehilla, the Jewish Academy presents 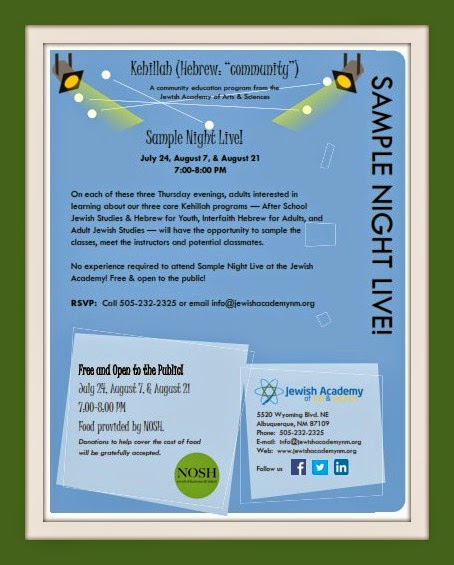 On each of these three Thursday evenings, adults interested in learning about the three core Kehillah community education programs -

will have the opportunity to sample the classes, and meet the instructors and potential classmates.


No experience required!    Free & open to the public!