OASIS Albuquerque has just updated their Winter-Spring 2014 line-up of classes.

This session's NEW! courses and instructors now include:

The Arab in Israeli Literature
Thu 20 Mar 2014 @ 10:30 am - #50
Instructor: Paul J Citrin
What It Is: We will examine how these two peoples have viewed one another and their struggle over the past century. We will encounter short story passages and selections from novels to discern the prejudices, the self-images, and experiences of Arabs and Jews portrayed by some of Israel's greatest writers.

Rabbi Paul Citrin received his BA in history from UCLA and an MA in Hebrew Letters from Hebrew Union College. He has served congregations since he was ordained by the Hebrew Union College in 1973. Rabbi Citrin has authored a children's novel and children's prayer books and edited an anthology of scholarly essays on the Hebrew language. He is active in issues of social justice and interfaith relations. This presentation made possible by a grant from the Jewish Federation Council of New Mexico.

Ethiopian Jews in Israel - A Photographic Journey
Mon 14 Apr 2014 @ 1:00 pm - #20
Instructor: Irene Fertik
What It Is: In a series of airlifts between 1948 and 2013, 90,000 Ethiopian Jews were brought to the State of Israel. Known as Falash Mura, they claim links to Jews who converted to Christianity generations ago and sought to return to Judaism. Coming from isolated mountain villages to a modern technological society has meant huge adjustments for old and young alike. For the past two decades, Irene Fertik has been photographing their absorption and transition to their new world.

Irene Fertik has been documenting Ethiopian Jews in their new/ancient home of Israel since 1991. This fascinating culture has also led her to other long-range projects documenting non-profit organizations in Ethiopia and the Ethiopian Diaspora around the world. Her work has been on display at international galleries and embassies. She was a staff photographer at Vermont’s The Burlington Free Press and for the University of Southern California. 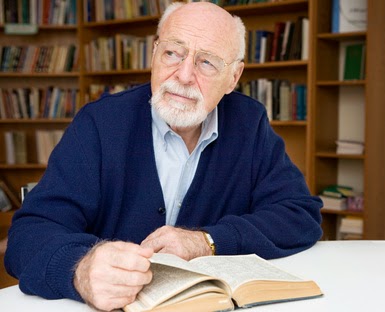 Just as a reminder, this session's upcoming courses and instructors also include:

Yiddish: The Language of Literature & Revolution
Tue 18 Mar 2014 @ 1:00 pm - #49
Instructor: Michael Nutkiewicz
What It Is: Yiddish - a hybrid of mainly German and Hebrew - was the main language of Central and Eastern European Jews from the middle ages until the Holocaust. In the 20th century Yiddish writers produced a rich literature of novels, poetry, theater, and film. Labor and revolutionary movements reached the Jewish working classes through Yiddish. We will explore Yiddish history, literature and music, including famous (Sholem Aleichem and I.B. Singer) and less known but fascinating personalities.

American Songwriters: Burt Bacharach
Thu 27 Mar 2014 @ 1:00 pm - #58
Instructor: Jane Ellen
What It Is: Our series on American songwriters continues with the legendary Burt Bacharach (1928- ). A popular composer whose most familiar works date from the 1950s-1980s, and perhaps best known as half of the duo Bacharach and David, his earliest hits were for established performers such as Marty Robbins and Perry Como. Hitting his stride in the 60s, his most famous songs were associated with Dionne Warwick, who would eventually record over three dozen of his works.