Shabbat Parah 2014: Yes, we have once again reached the famous Sabbath of the Red Heifer, which in yet one more way reminds us that

So about this Red Heifer, HebCal.com tells us 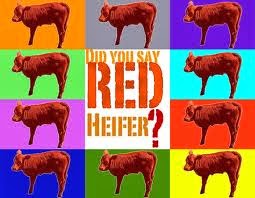 Shabbat Parah ("Sabbath [of the] red heifer" שבת פרה) takes place on the Shabbat before Shabbat HaChodesh, in preparation for Passover.

Numbers 19:1-22 describes the parah adumah ("red heifer") in the Jewish temple as part of the manner in which the kohanim and the Jewish people purified themselves so that they would be ready ("pure") to sacrifice the korban Pesach.

But the story gets even weirder. The Taste of Torah Blog tells us


The ritual of the red heifer is confusing,
self-contradictory, arcane, and downright bizarre.
But this is far from a new or modern observation.

So what's the problem? The kohen takes the ashes of the red heifer, mixes them with water, and sprinkles them on a person who is in a state of ritual impurity through contact with the dead. OK ... here is the problem:

Here's some more bad news. We are all  in a state of ritual impurity through contact with the dead. Yet we cannot purify ourselves because a) the Temple is not operational; and b) we ain't got no red heifer.

But not to worry. As Abq Jew has pointed out (see If You Build It, He Will Come and Walking the Temple Grounds), we've got people working on both parts of the problem. And we don't really need to be ritually pure until the Temple is operational.

In other Pesach news, Abq Jew is happy to inform you that (according to HebCal.com) the next time the First Seder will be on Saturday night is

Why is this date important? Because a lot of things have to halachically change when the first day of Passover falls on a Sunday. And - as you can tell - it doesn't happen all that often. But more about that (G-d willing!) later. In the meantime 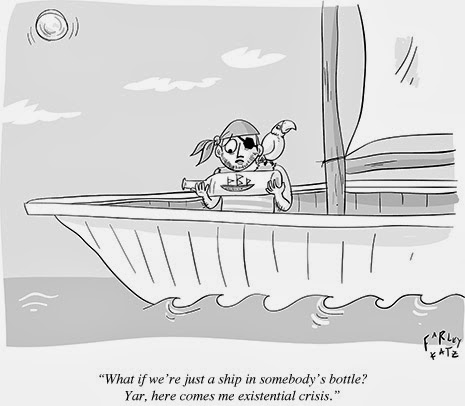