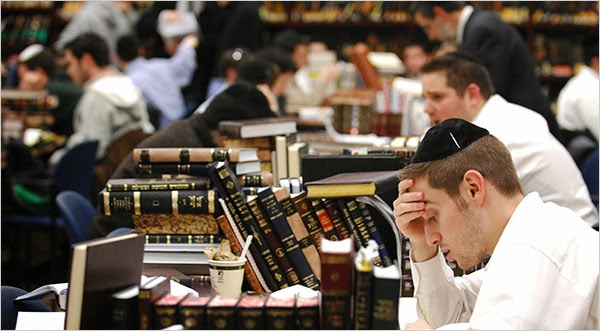 Last week, we talked about What The Talmud Is. This week we'll discuss 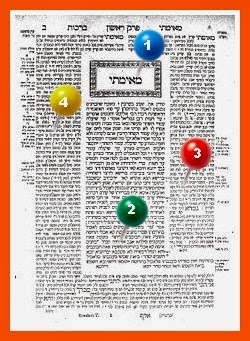 What is all that stuff?

Abq Jew relies on Joshua Parker for the answers. Who, you may ask, is Joshua Parker? You can find out here. Anyway, Mr Parker says:

[1] MISHNAH: The Mishnah (Hebrew, ‘repetition’) is the primary record of the teaching, decisions, and disputes of a group of Jewish  religious and judicial scholars, known as Tannaim, who were active from about 30 BCEto 200 CE, mostly in the areas now known as Israel and Palestine. Originally transmitted orally, the Mishnah was redacted  into its current form and committed to writing around the year 200 CE by R’ Yehudah haNasi. The language of the Mishnah is  Hebrew. The Mishnah is divided into sixtythree  ‘tractates,’ which are organized into six ‘orders’ according to their subject matter.

[2] GEMARA: The Gemara (Aramaic, ‘study,’) is an analysis of and expansion upon the material presented in the Mishnah. Taken together, the Mishnah and Gemara make up the Talmud. The Gemara records the oral discussions of a group of scholars, known as Amoraim, who were active from about 200 to 500 CE, in the areas of present  day Iraq, Israel, and Palestine. These discussions often center around statements of the Tannaim and are structured by the anonymous voice of a redactor (or group of redactors) known as the stam (Heb., ‘plain’ or ‘unattributed’).

There are two versions of the Gemara. The Yerushalmi (also known as the ‘Jerusalem’ or ‘Palestinian’ Talmud) was compiled in what is now northern Israel around 400 CE. The Bavli or Babylonian  Talmud was redacted about a hundred years  later  in the Jewish communities of Mesopotamia.  Traditionally the redaction of the Bavli is attributed to R’ Ashi and his student Ravina. The Talmud Bavli is the more commonly studied of the two and is considered to be more authoritative when the two offer different legal rulings.

The primary language  of the Gemara in both versions is Aramaic, although quoted material in Hebrew is common (mostly from biblical texts or earlier tannaic material), and words in Greek, Latin, or other languages occasionally occur.  In literary form, the Gemara is a complex combination of  legal debate, case law, legend, textual analysis, and philosophical inquiry. Its subject matter covers nearly every imaginable facet of ancient Jewish life, ranging from religious, civil, and criminal law to biblical interpretation to speculation about and investigation of the  natural world. 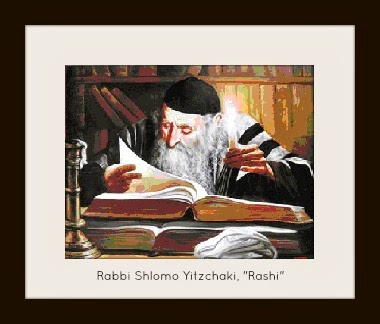 [3] RASHI: Rashi (an acronym for R’ Shlomo Yitzchaki) was an eleventh century  scholar active in France. Rashi  compiled the first complete commentary  on the Talmud. His commentary focuses on helping students understand the  plain meaning of the text. Both the Mishnah and Gemara are written in a brief, terse style, without the use of punctuation or vowel markings. Rashi’s comments are therefore directed toward helping  readers work their way through the text and understand its basic form and content. Rashi also offers explanations of unusual or rare vocabulary and concepts and occasionally indicates preferred readings in cases where manuscripts differ.

Rashi’s commentary is always set in a semi-cursive typeface called ‘Rashi script,’ is positioned on the gutter side of a printed  page of Talmud.

[4] TOSAFOT: The Tosafot (Hebrew, ‘additions’) are medieval commentaries on the text of the Talmud composed mainly in the twelfth and thirteenth centuries. The Tosafot are not the product of a single author or school of commentators, but are rather the work of a variety of talmudic scholars living mainly in France, Germany, and Spain.

While Rashi’s comments focus on the plain meaning of the text, the tosafists tend to concentrate  on analysis of difficult passages, exploring issues, contradictions, and problems raised by the text of the Gemara.

Often the Tosafot approach a subject using the logic and style of inquiry of the Gemara. Occasionally Tosefot address an interpretation  or explanation offered by Rashi to examine it more thoroughly or to present an alternative  approach to the subject.

On a printed Talmud  page, the comments of the Tosafot are set in a semi-cursive typeface known as ‘Rashi script,’ and they always appear immediately adjacent to the Mishnah and Gemara in the large block of text positioned opposite Rashi’s commentary.


Your next question, Abq Jew is sure, is bound to be:

Why Does A Page of Talmud Look Like That?

Funny you should ask. Wikipedia explains:

A page of Talmud looks the way it does because of Daniel Bomberg, a Christian (!), who published the first complete edition of the Babylonian Talmud in Venice around 1523.

In addition to the Mishnah and Gemara, Bomberg's edition contained the commentaries of Rashi and Tosafot.

Almost all printings since Bomberg have followed the same pagination. This includes the edition of the Talmud published by the Szapira brothers in Slavuta in 1795, which was particularly prized by many Hasidic rebbes.

In 1835, after a dispute with the Szapira family, a new edition of the Talmud was printed by Menachem Romm of Vilna. Known as the Vilna Shas, this edition (and later ones printed by his widow and sons) has been used in the production of more recent editions of Talmud Bavli.

And to help you find your way. Wikipedia further explains:


A page number in the Talmud refers to a double-sided page, known as a daf; each daf has two amudim labeled א and ב, sides A and B (Recto and Verso).

Page references are made in the format [Tractate daf a/b] (e.g. Berachot 23b). In the Vilna edition of the Talmud there are 5,894 folio pages. 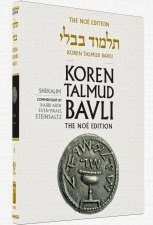 Note to Prospective Talmud Students
Abq Jew is currently learning Shekalim.
If you would like to learn along - please contact Abq Jew! 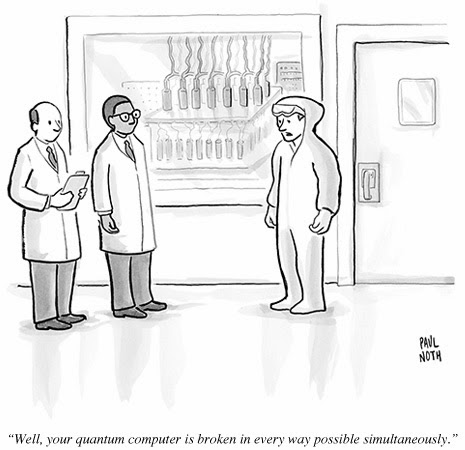 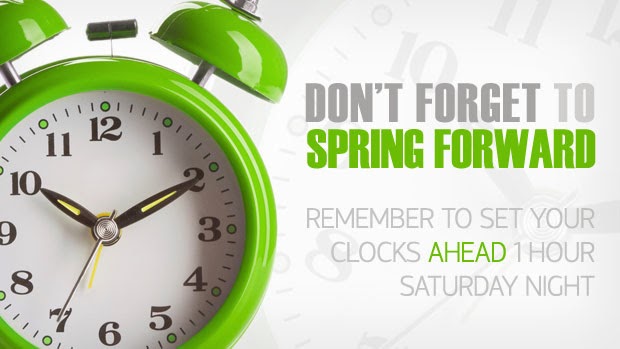