Fourth of Seven Sabbaths of Consolation: Following Tisha b'Av, there are seven prophetic readings of consolation - all from Isaiah - that comfort us after the Black Fast and prepare us, emotionally and spiritually, for the upcoming High Holidays.

In Week 1, Abq Jew introduced (or re-introduced) you to TTYD! the movie. In Week 2, Abq Jew guided you through the first of the many, many great songs from TTYD! In Week 3, Abq Jew was honored to introduce you to Del Paxton and Marguerite.

And here we have the Chantrellines (Kennya Ramsey, Julie Harkness, and Darlene Dillinger) singing Hold My Hand, Hold My Heart.

It will probably not surprise you to learn that HMHHMH was written by Gary Goetzman, Mike Piccirillo ... and Tom Hanks.

More about Girl Groups from (where else?) Wikipedia:

Some acts had certain members taking the lead vocalist position with the other members as supporting vocalists. In later eras the girl group template would be applied to disco, contemporary R&B, and country-based formats as well as pop.

The Spice Girls and [Destiny's Child and] TLC are considered the best-selling girl groups of all time. [You can check the list here.]

And of the history of the Girl Groups of the '50s and '60s, Wikipedia tells us:


The Chordettes, The Fontane Sisters, and The McGuire Sisters were popular from the dawn of the rock era, if not earlier, with all three acts topping the pop charts at the end of 1954 to the beginning of 1955. The DeCastro Sisters' "Teach Me Tonight" reached #2 at nearly the same time.

However, the group often considered to have started the girl group genre is The Shirelles, who first reached the Top 40 with "Tonight's the Night", and in 1961 became the first girl group to reach #1 on the Hot 100 with "Will You Love Me Tomorrow", written by Brill Building songwriters Gerry Goffin and Carole King [see Loco-Motion].

The Shirelles solidified their success with five more top 10 hits, most particularly 1962's #1 hit "Soldier Boy", over the next two and a half years.

Other songwriters and producers quickly recognized the potential of this new approach and recruited existing acts (or, in some cases, created new ones) to record their songs in a girl-group style.

Phil Spector recruited The Crystals, The Blossoms, and The Ronettes, while Goffin and King handled much of the output of The Cookies. Jerry Leiber and Mike Stoller would likewise foster The Exciters, The Dixie Cups, and The Shangri-Las.

The Gypsies, later renamed The Flirtations, sounded like The Supremes. The Paris Sisters had success from 1961, especially with "I Love How You Love Me", to 1964. The Sensations, The Orlons, The Chiffons, and The Angels were also prominent in the early 1960s.

One-hit wonder The Jaynetts' "Sally Go 'Round the Roses" achieved a mysterious sound quite unlike that of any other girl group. A few months later, one-hit wonder The Murmaids took David Gates' "Popsicles and Icicles" to the top 3.

The Jewels' "Opportunity" was small in late 1964. Except for a small number of the foregoing groups and possibly The Toys and the Sweet Inspirations, the only girl group with any significant chart presence from the beginning of the British Invasion through 1970 was The Supremes.

Did you notice that Abq Jew has managed to get through almost this entire blog post about Girl Groups without once mentioning the issue of Kol Isha (A Woman's Voice)?

But if you'd like to learn more, Wikipedia and Aish.com provide some starting points. 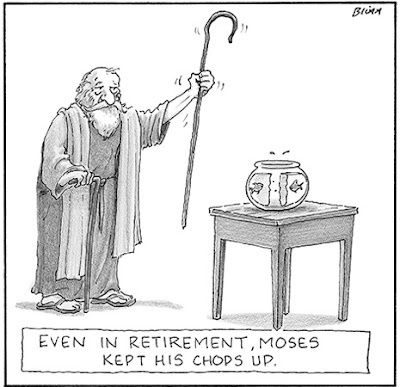