Fifth of Seven Sabbaths of Consolation: Following Tisha b'Av, there are seven prophetic readings of consolation - all from Isaiah - that comfort us after the Black Fast and prepare us, emotionally and spiritually, for the upcoming High Holidays.

In Week 1, Abq Jew introduced (or re-introduced) you to TTYD! the movie. In Week 2, Abq Jew guided you through the first of the many, many great songs from TTYD!

In Week 3, Abq Jew was honored to introduce you to Del Paxton and Marguerite. In Week 4, Abq Jew (along with PBS!) paid tribute to the Girl Groups of the '50s and '60s.

Here we are in Week 5, and in continued celebration of the First Birthday of his First Grandchild (see The Fable of the Goat (מעשה העז)) - Abq Jew would like to speak in favor of youthful exuberance.

In TTYD!, that exuberance is best and almost poignantly displayed in the scene where the members of The Oneders (later, The Wonders) first hear their song being played on the radio in Erie, PA.

To Abq Jew, this week's 10-year anniversary of The Great Blackout brought back fond memories of his youthfully exuberant escapade to rescue his son, Dov Yellin the Film Editor, from the Wilds of Weehawken, to which he had escaped from Manhattan.

The lights were out in Weehawken. It was going to be dark along the entire route from our home in Livingston. Abq Jew wasn't sure he had enough gas in the car for the trip - and without electricity, gas stations couldn't pump gas. 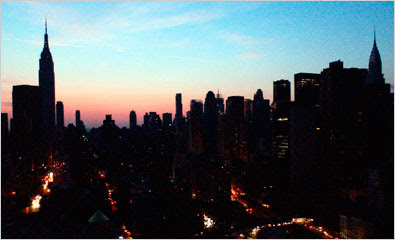 To make things even more interesting: cell service was intermittent at best; Dov could not describe, in brief phone calls, where he was (seemed to be a Hess gas station; JFK Blvd?); Abq Jew had never driven in Weehawken-by-the-River; and he had no GPS.

Abq Jew also had no map, and couldn't have read it anyway while driving in the dark. 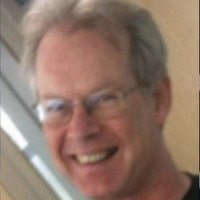 Robert actually worked in Weehawken, had gas in his car, and knew several ways (just in case) to get to the Hess station on JFK Blvd.

And he has always had way more than his share of joie de vivre, i.e. youthful exuberance.

It took a little time (no traffic lights; New Jersey drivers) - but Robert and I found Dov in the dark and brought him safely home.

That was the most youthful exuberance Abq Jew had displayed since he broke his collarbone scoring the go-ahead run at his company softball game on August 31, 1989.

But that's a story for another time and another blog post ....